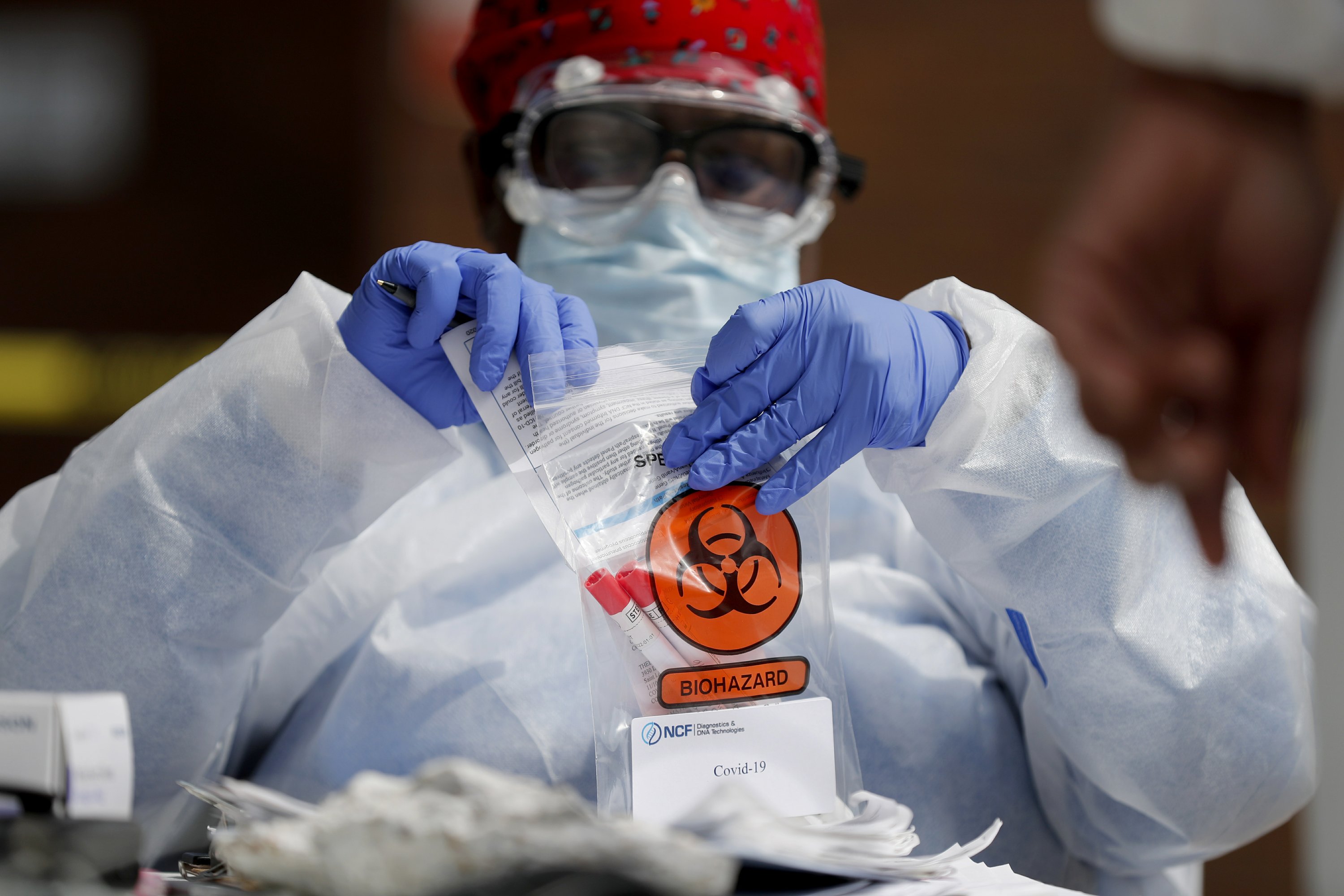 O’Fallon, Mo. (AP) – The number of coronovirus patients requiring hospitalization at alarming levels, Missouri and possibly a handful of other states are unable to post accurate data on the COVID-19 dashboard due to a flaw in federal reporting. system.

Since Tuesday, the Missouri Department of Health and Senior Services’ Coronovirus Dashboard has posted a message that the total number of hospitalized patients for COVID-19 has been underestimated since October 17. The note was blamed for “the challenges of entering data into the portal”. US Department of Health and Human Services to collect daily hospitals nationwide.

It was unclear on Friday how many states are affected because some states rely on their own hospitalization, not HHS data collection. HHS did not immediately respond to phone and email messages.

But the COVID tracking project said in a blog post It “identifies five other states with discrepancies in their hospitalization figures” that may be tied to the HHS reporting problem.

The project reported that the number of alleged intensive care unit patients in Kansas has dropped from 80 to one without explanation. It added that Wisconsin’s hospitalization figures remained unexpectedly flat, while other indicators worsened. And this Georgia, Alabama, and Florida reported only partial updates for hospitalization data.

Kansas Department of Health and Environment spokeswoman Christy Ziers confirmed that “the ICU admissions data displayed on our website is not current. We posted a notice on our dashboard today to state that too. We hope that the problem is resolved for our Monday update. “

A spokeswoman for the Wisconsin Department of Health Services said the state’s reporting was accurate, the day before resurfacing Thursday, the number of hospitalizations Wednesday. A Georgia Department of Public Health spokesman said the department was unaware of any problems with its data. Representatives of the Department of Health in other states mentioned in the blog did not immediately respond to Associated Press requests for comment.

In Missouri, the loss of accurate hospitalization data is confirmed as confirmed cases continue to increase. On Friday, Missouri reported 1,811 new cases of COVID-19, and 31 additional deaths. Since the onset of the epidemic, Missouri has cited 164,534 confirmed cases and 2,688 deaths.

Missouri has seen steady growth in COVID-19 hospitals since September. The state reached record levels of hospitals several times earlier this month, except for record or near-record spikes in every area except St. Louis. Since July 7, when 375 people were hospitalized statewide, that number is targeted for 1,465 hospitalizations on October 14.

The problem is particularly worrisome in rural areas, where some hospitals are close to capacity. Others are using the wings of a meshift building or an already empty hospital to serve overflow patients. Some people are simply redirecting people to large hospitals.

State Health Department spokeswoman Lisa Cox said the federal hospital’s reporting system, called teletracking, went down. “As a result of this he experienced underreporting – so the number of hospitalizations was small,” Cox said in an email.

Missouri Hospital Association Senior Vice President Mary Baker said HHS had recently implemented the changes; Some measures were removed from the portal, others were added or renamed. Some reporting hospitals were able to report using the new measures, but others were not, and as a result, the system crashed, she said.

“This change is affecting hospitals across the country,” Baker said in an email. “Some states collect data directly and are yet to introduce new measures to their processes. Hospitals in Missouri use teletracking, and the introduction of changes to the template was not controlled. “