WASHINGTON, DC – December 2: Carmen De Lavallade, left, Norman Lear, center, and Gloria Estefan, on the right, three of the five recipients of the 40th Annual Kennedy Center Honors, while posing for a group photo after a dinner hosted by United States Secretary of State, Rex Tillerson, in his honor at the US Department of State. UU On December 2, 2017 in Washington, DC The honorees in 2017 are: the American dancer and choreographer Carmen de Lavallade; The Cuban-American singer-songwriter and actress Gloria Estefan; American hip hop artist and entertainment icon LL COOL J; The writer and producer of American television Norman Lear; and the American musician and producer Lionel Richie.
(Photo by Ron Sachs – Pool / Getty Images)

CBS ratings for the "Kennedy Centers Honors" reached a record low for the show, according to Deadline Wednesday.

The 40th annual ceremony honors celebrities for their achievements in shaping "cultural life in the United States" and was the only program in one of the four major networks that was not a repeat on Tuesday. However, the special dropped 28 percent of last year's program and reached the lowest ratings the series has had since 1987, when the ratings were first noticed. (RELATED: The creator & # 39; Everything in the family & # 39; boycott Kennedy Center due to Trump) 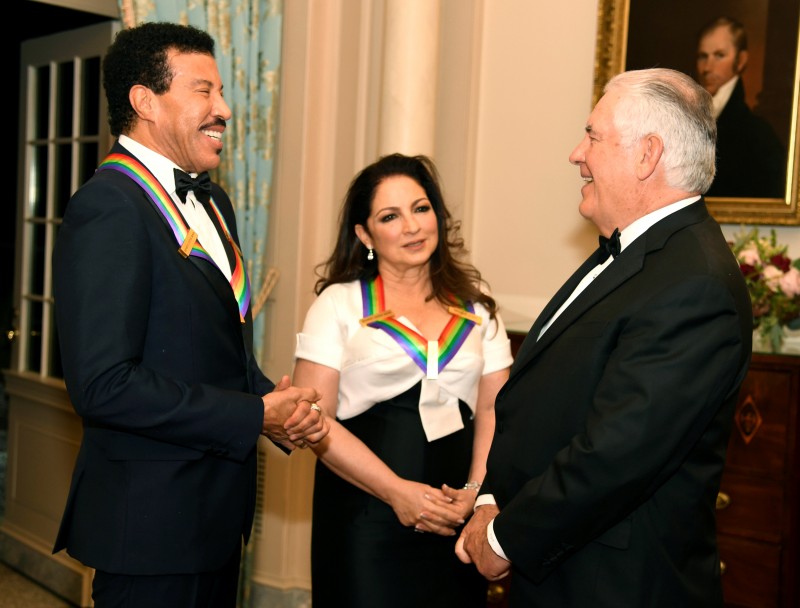 In addition, the program was just as bad in the coveted 18 to 49 year old demographic group, which dropped 30 percent from a 1.0 rating to a rating of .7. The CBS special also averaged 6.2 million viewers from 9-11 p.m., which was less than last year's special when 8,620 million people tuned in, according to Variety.

Earlier this year, several members had announced that they would boycott a gala held at the White House for the Kennedy Center honorees by President Donald Trump. In response, the president announced that he and Melania Trump would not attend this year's event to prevent things from being political.

It was the first time in two decades that the president and his spouse skipped the annual event.

"The President and the First Lady have decided not to participate in this year's activities to allow the honorees to celebrate without any political distraction," a statement from the White House read at that time. "First Lady Melania Trump, along with her husband, President Donald J. Trump, extend their heartfelt congratulations and best wishes to all of this year's winners for their many accomplishments."