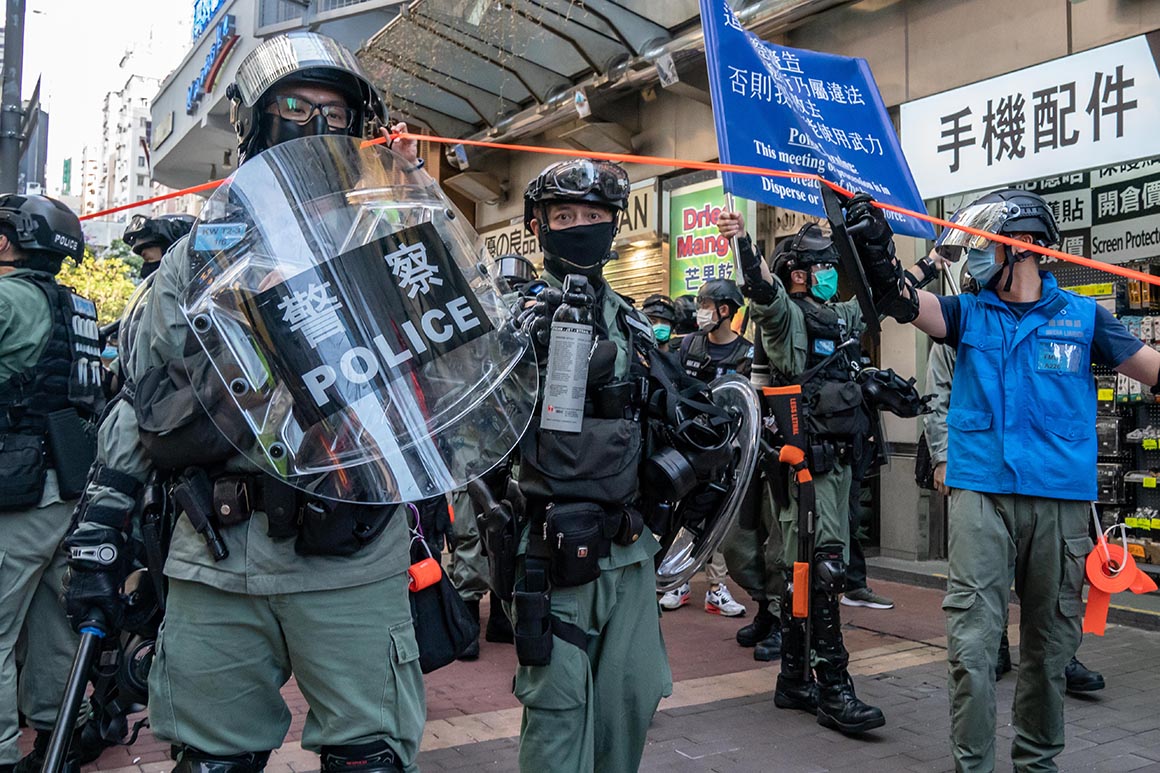 The sources told Send The law was unanimously approved by the 162 members of the permanent committee, within 15 minutes of the meeting starting at 9am.

Only a handful of Hong Kong delegates to the national legislature saw a draft of the law before its passage, a major point of discussion, and many in the city denounced the lack of transparency due to the far-reaching consequences of the legislation.

On Sunday, the standing committee began a special meeting speeding up the bill, which was passed on the last day of the three-day session.

the Send The Basic Law Committee, which reports to Beijing on Hong Kong’s mini-constitution, has been said to meet “immediately after the standing committee passed the law to discuss its insertion into Annex III of the Basic Law.”

A source familiar with the situation said Xinhua, the state’s official news agency, would release the details in the afternoon, marking the first time that the law would be fully disclosed to the public.

All Hong Kong delegates to the nation’s main advisory body, the Chinese People’s Political Consultative Conference and the NPC, were asked to attend a meeting, believed to be a briefing on the bill, at the central government liaison office at 3 pm

The law is expected to take effect on July 1, the 23rd anniversary of the city’s handover to China from British rule.

The approval of the contentious legislation came a day after Beijing announced visa restrictions on United States officials who had “misbehaved” about Hong Kong. Beijing and Washington had been locked in a growing diplomatic row during the year-long Hong Kong protests and the national security law

The United States previously promised to strip Hong Kong of its preferential trade status and had enacted visa restrictions for Chinese officials held responsible for undermining autonomy and local freedoms.

Shortly before 10 am, at her weekly press conference, Executive Director Carrie Lam Cheng Yuet-ngor said she would not answer questions about the new law until the NPCSC approved it and included it in Annex III, for her government. will enact it. .

“It would be inappropriate for me to answer any questions and explain [the law] at this stage, ”she said.

“What I can say is that when the law is passed … My top officials and I will do our best to answer questions about the law, especially those related to implementation and enforcement.”

Lam was asked if the police force would appoint a new deputy commissioner to handle national security matters, if those convicted under the new law could be jailed for life, under what circumstances would Beijing exercise its jurisdiction in national security cases of Hong Kong, and what its role would be to implement the new law.

The executive director only repeated that she would not answer questions about the new law. Without following the convention of answering at least one question in English, Lam ended the briefing after answering a question about the latest United States sanctions against Hong Kong.

“That’s it for today. I wanted to start my Executive Council on time,” he said.