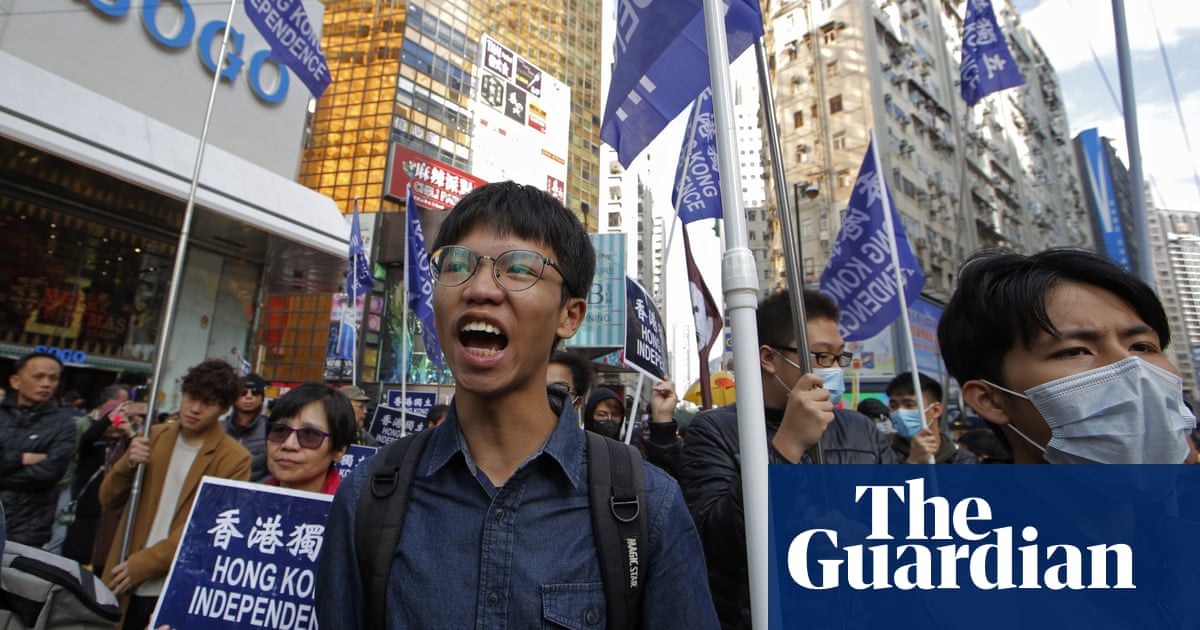 A Hong Kong teenager has been ordered to spend four months in prison for insulting China’s national flag and illegal assembly, as Beijing targets key activists from the financial hub.

Tony Chung, 19, who now led a pro-dissolved democracy group, was convicted in May 2019 of throwing the Chinese flag to the ground during a scuffle outside the Hong Kong legislature in May 2019.

According to the Beijing National Security Act imposed on Hong Kong on June 30, Chung will be awaited to try for punishment, which could lead to life imprisonment.

Chung is the first public political figure to be prosecuted under the new security law, which Beijing called a “sword” to return “order and stability” to the financial hub after seven months of massive and often violent pro-democracy protests Is described in

He was sentenced to three months each for insulting the national flag and illegal assembly, and was asked to serve four months behind bars. The teenager has also been accused of money laundering and conspiracy to publish seditious material.

Chung was arrested by the Sadaquathes police in front of the US Consulate in October and has been in custody ever since.

There is speculation that authorities have detained Chung as he was hoping to seek asylum at the US consulate in Hong Kong.

The number of pro-democracy activists has been increasing across the political sphere since making their inroads into protests against China’s authoritarian rule in Beijing.

Under the protection law, acts can be charged with vague yet egregious yet serious offenses such as “sabotage” and “collusion with foreign forces” in rather unconvincing speech.

The law has removed the legal firewall between Hong Kong’s internationally recognized common law judiciary and the opaque, party-controlled justice system in mainland China to allow extradition of cross-border suspects for trial.

Last Sunday, China’s state TV CGTN reported that the Hong Kong police had placed 30 people who were not in Hong Kong on their wanted list suspected of breaking the national security law, including self-exiled activists Ted Hui and Baggio Leung .

The remaining key activists in Hong Kong have either been jailed – including Joshua Wong and Agnes Chow – or are facing frequent arrests and multiple charges.

Pro-democracy media mogul Jimmy Lai has also been charged under the National Security Act. Last week, the Hong Kong High Court granted him bail from jail, but put him under house arrest. It ordered him to surrender all travel documents and banned him from talking to the press, making public statements, using social media, meeting with foreign officials and “collusion with foreign forces”.

The ruling drew heavy criticism from China, which threatened to extradite Lai to the mainland for trial.