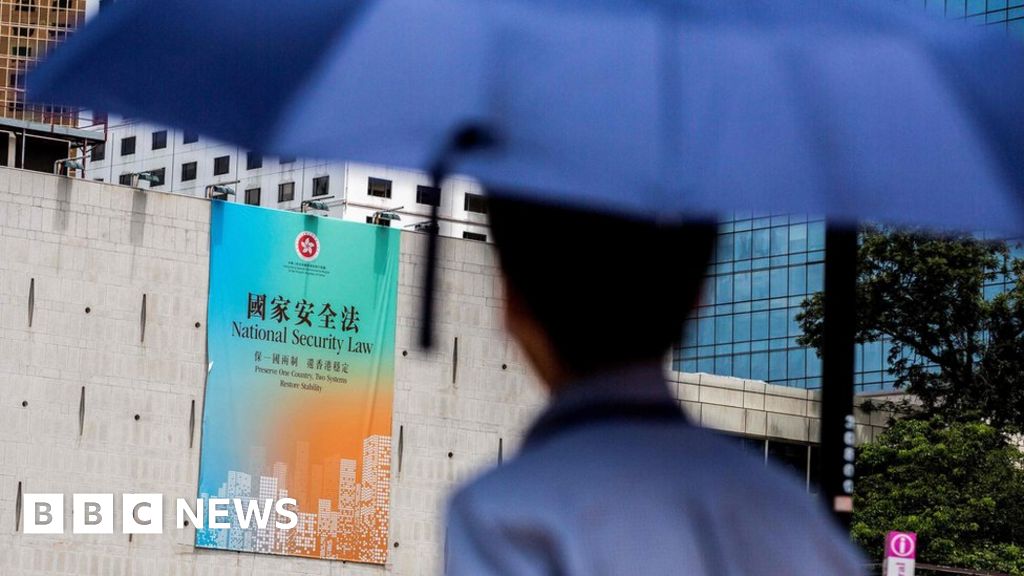 People in Hong Kong face the possibility of living behind bars for violating a controversial new security law imposed by China.

Details of the law, which criminalizes secession, subversion, and collusion with foreign forces, were published after its entry into force.

He was brought in by Beijing after growing discontent and a pro-democracy movement.

Hong Kong leader Carrie Lam defended the law and said it filled a “gap” in national security. Previously, the Beijing-backed policy admitted that it had not seen the draft.

The United Kingdom, the EU and NATO have expressed concern and anger, while pro-democracy groups have begun to dissolve.

What do we know about the law?

Full details of the new law only emerged after it went into effect at approximately 23:00 local time on Tuesday (16:00 BST). They include that:

The law will not apply to acts that occurred before its entry into force.

Under national security law, many of the acts of protest that rocked Hong Kong in the past year could now be classified as subversion or secession … and punishable by life imprisonment.

The city’s pro-Beijing leader Carrie Lam said the law had been long overdue.

Fearing repercussions, political activists are giving up their posts, and a pro-democracy protester, who asked to remain anonymous, told me that ordinary people are now deleting posts on social media.

A contact of mine, a lawyer and human rights activist, sent me a message shortly after the law was passed. Please delete everything in this chat, he wrote.

The backlash started at the time the law, which was first announced six weeks ago, was signed by Chinese President Xi Jingping.

Democracy activists in Hong Kong immediately resigned, fearful of the new law and the punishment it allows.

Joshua Wong, secretary general and founding member of the pro-democracy group Demosisto, warned that the city “would become a secret police state.”

The move also sparked an international backlash, with UK Foreign Secretary Dominic Raab saying China had broken promises it had made to the people of Hong Kong under the terms of the 1997 installment.

That agreement enshrined the “one country, two systems” principle in a document called the Basic Law, Hong Kong’s mini constitution, for 50 years.

The Basic Law protects rights such as freedom of assembly and freedom of expression, none of which exist in mainland China, and also establishes the governance structure of the territory.

Julian Braithwaite, Britain’s ambassador to the United Nations in Geneva, told the UN Human Rights Council that the law “has clear implications for human rights.”

Braithwaite, speaking on behalf of 27 nations, urged China to reconsider.

Other universities have been more open to letting teachers decide for themselves what to do. …