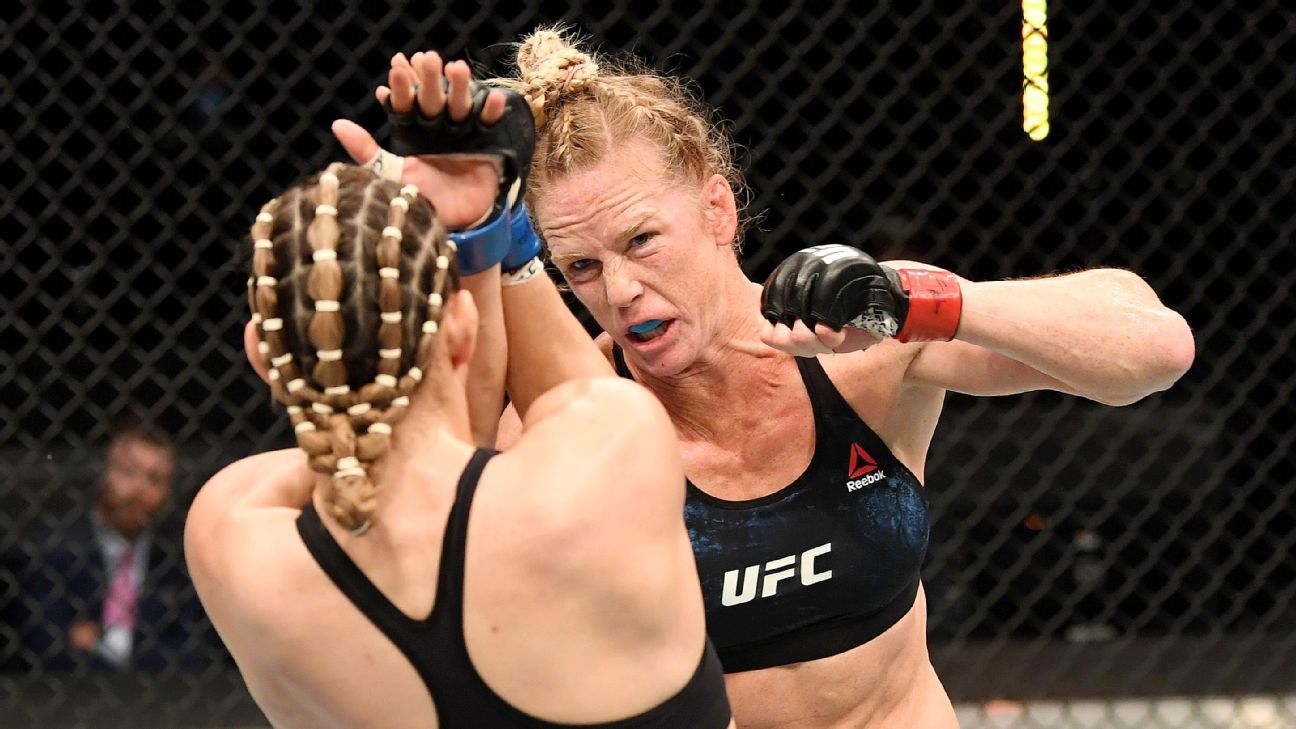 The 135-pound contest will be held at a UFC Fight Night event on May 8. The UFC has yet to announce an official location for the event.

Holm (14-5) is coming off consecutive unanimous decision victories, against Raquel Pennington in January 2020 and Irene Aldana in October. Her last loss came in a bantamweight title fight against double weight champion Amanda Nunes at UFC 239 in July 2019. Holm’s last three losses came with a championship on the line, dating back to 2017.

Fighting from Albuquerque, New Mexico, Holm, 39, will make his fourth consecutive appearance at 135 pounds, but he has also competed at 145 pounds.

Pena (10-4) is coming off a submission win over former title challenger Sara McMann at UFC 257 last month in Abu Dhabi. Fighting from Chicago, Pena is 2-1 in his last three appearances, with the loss coming against another former title challenger and featherweight champion in Germaine de Randamie. A win against Holm would catapult her into contention for the title at 135.