Hill listened in audio discussing the case of his son's abuse

April 26, 2019 Sports Comments Off on Hill listened in audio discussing the case of his son's abuse 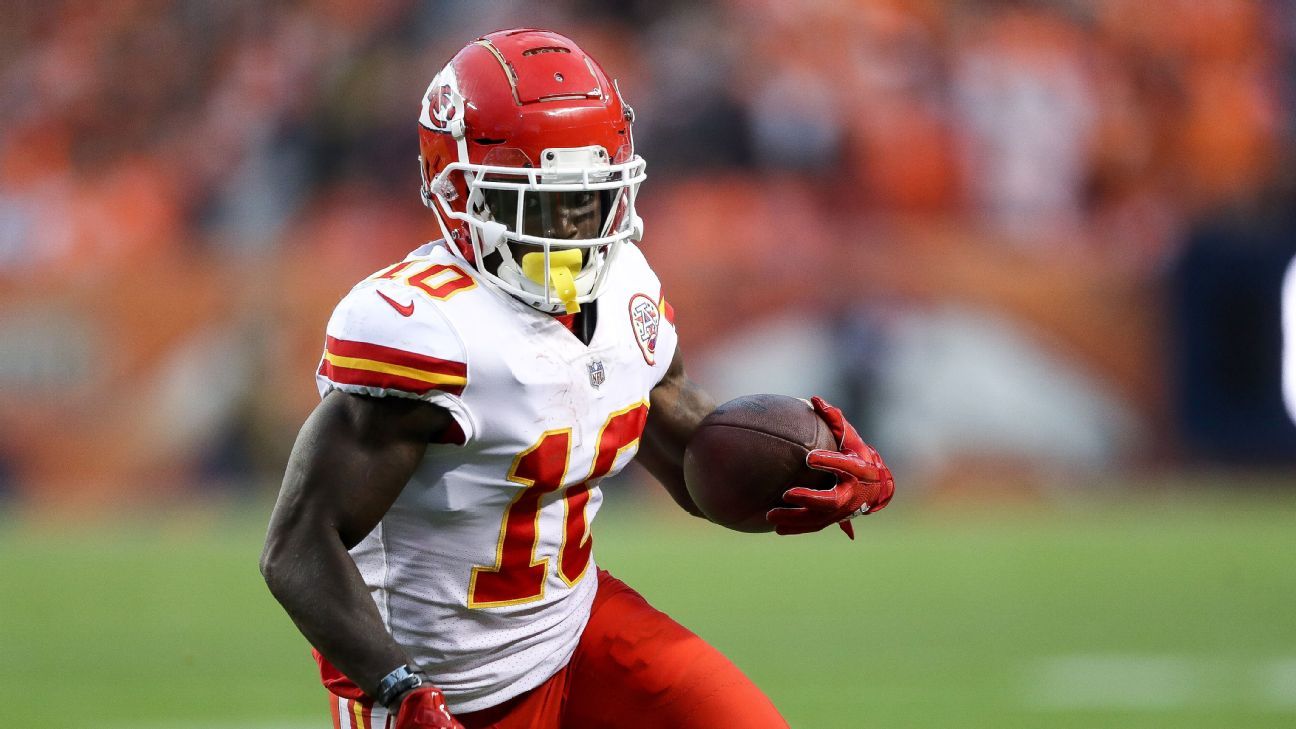 Espinal then says: "A 3 year old is not going to lie about what happened to his arm."

Later, on the recording, Espinal says: "He kept saying," Daddy punches me, "what you do when he starts crying, what do you do, you open his arms and punch him in the chest, gets in trouble, pulls out your belt & # 39; & # 39;

The conversation was recorded while the couple was walking through the Dubai International Airport, according to KCTV. No date was given for the conversation.

The transmission of part of KCTV's 11-minute audio file came a day after Johnson County District Attorney Steve Howe said no charges would be filed after police were called to Hill's home. twice last month and investigators determined that the 3-year-old boy had been injured. Howe said that although he believes a crime occurred, the evidence in the case does not clearly establish who committed the crime.

The part of the recording played on KCTV on Thursday starts with Espinal saying, "We were getting into that, and he said:" Dad, you're bad. "So we went up the stairs. here, and he did not want to go there, but I thought, "Get off because it'll be worse for you." So he walked there and then you got on his [deleted] … Then he started crying, and you said, "Shut up, shut up, stop crying. Shut up, shut up, stop crying. "

Espinal continues: "Then he continued crying because he was scared, he was terrified and you grabbed him or fell, one of the two."

Hill says, "I did not do anything, that's sad, brother, that's very sad."

That's when Espinal asks Hill why his son said Hill did it.

At another point in the recording, Espinal presents the investigations of the Police Department of Overland Park, Kansas and the Kansas Department of Children and Families.

Espinal then talks about what Hill does when his son starts crying.

Howe received a copy of the tape and told KCTV that he was reviewing the audio.

Before the tape was broadcast, NFL commissioner Roger Goodell told ESPN's Sam Ponder that the league was still investigating.

"When he gets the facts, then he makes a decision about how he fits into our personal behavior policy," Goodell said. "You do not make a decision without having those facts." – Then add the part about no comments yet.

The Chiefs said they had no comments at this time.