High hopes, clear reminders that Korea finally gets the vaccines 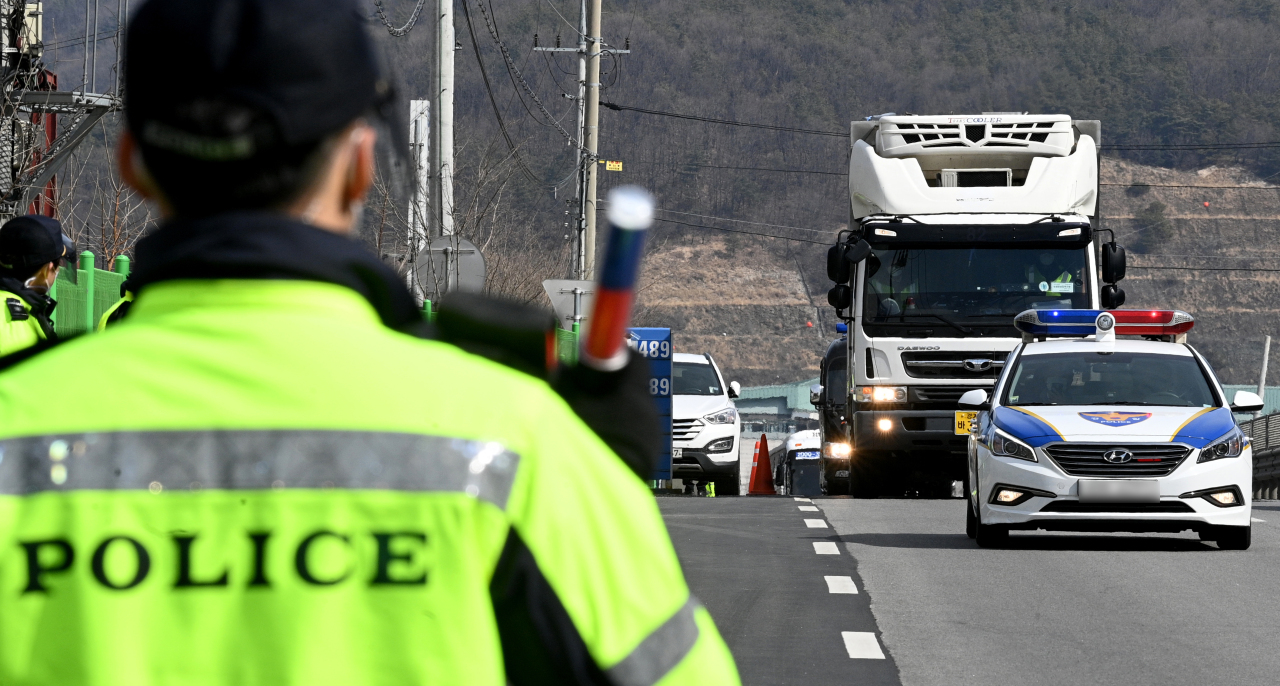 On Friday, South Korea will join some 98 countries and territories that have begun vaccinating against COVID-19. To date, more than 212 million doses of COVID-19 vaccines have been administered worldwide, according to Our World in Data from the University of Oxford.

Like most other countries, Korea’s early vaccination efforts focus on priority groups of people 60 and older and on front-line healthcare workers.

The initial batches consist of 1.5 million doses of the vaccine from AstraZeneca and 117,000 from Pfizer, which together are enough to cover 808,500 people, as both require a two-dose regimen for maximum efficacy.

The plan is to administer the first of two doses of the AstraZeneca vaccine to 272,000 nursing home residents and workers under the age of 65 by the end of March, and the first doses of the Pfizer vaccine to 58,000 healthcare professionals who work with patients with COVID-19. before May.

Ahead of the vaccines, fleets of trucks tasked with delivering AstraZeneca’s first hits to some 1,900 long-term care centers and public health centers across the country hit the road Wednesday morning, patrolled to their destinations by the police and army.

Data from countries where mass inoculation campaigns are underway offer reason for optimism, according to Dr. Jerome H. Kim, CEO of the International Vaccine Institute.

“There is increasing evidence from Israel and now the UK that high vaccination levels are actually significantly reducing hospitalizations,” he said, citing new UK studies.

Studies showed that the first doses of the AstraZeneca and Pfizer vaccines are capable of reducing hospitalizations by up to 94 percent and 85 percent, respectively.

Kim said: “Vaccines, while they may not prevent infection, could turn a tiger into a pussycat, which means that instead of 14 percent of infected people being hospitalized, 4 percent get ventilators and 1.8 percent die, a vaccinated person has mild symptoms but does not have to go to the hospital, does not need a ventilator and does not die ”.

In other words, vaccines accomplish “a key goal of protecting people from serious illness and death,” he said.

“New studies indicate that vaccines work against variants, particularly in reducing severe disease caused by variants,” he said. “Ultimately, as we have better control over outbreaks, not just in Korea but around the world, we will decrease the generation of mutant viruses.”

But when the vaccination campaign is about to take off, some harsh reminders were also issued.

Korea University infectious disease specialist Dr. Choi Won-suk, one of the experts invited to speak at the government briefing on Wednesday afternoon, said that while vaccines were powerful shields, life probably it wouldn’t be back to normal anytime soon, at least not this year. .

“Even if we complete the vaccinations of 70 percent of the population through the fall, as planned, it is not likely that we will be able to go back to the way they were before COVID-19 appeared,” he said.

For people on the priority list, Choi said it was “critical” that they continue to socially withdraw, wear face masks, and follow other precautions.

“I think some people have the impression that they will no longer have to wear masks once they are vaccinated. But they are going to have to keep using them, ”he said.

“Vaccines can help protect you from getting seriously ill with COVID-19, yes. But it is still unknown if they can prevent it from spreading it to other people, “he said. Also, not all vaccinated will develop enough immunity to keep them safe from the virus; some maybe not ”.

The head of the Korea Disease Prevention and Control Agency Jung Eun-kyeong, who oversees immunization efforts, said in the same report that social distancing was “more important now than ever.”

“Our health systems face the double burden of vaccinating while fighting COVID-19. It will be more difficult to deal with a major increase in COVID-19 cases. So mask yourself, stay away, and get tested if you feel bad. “