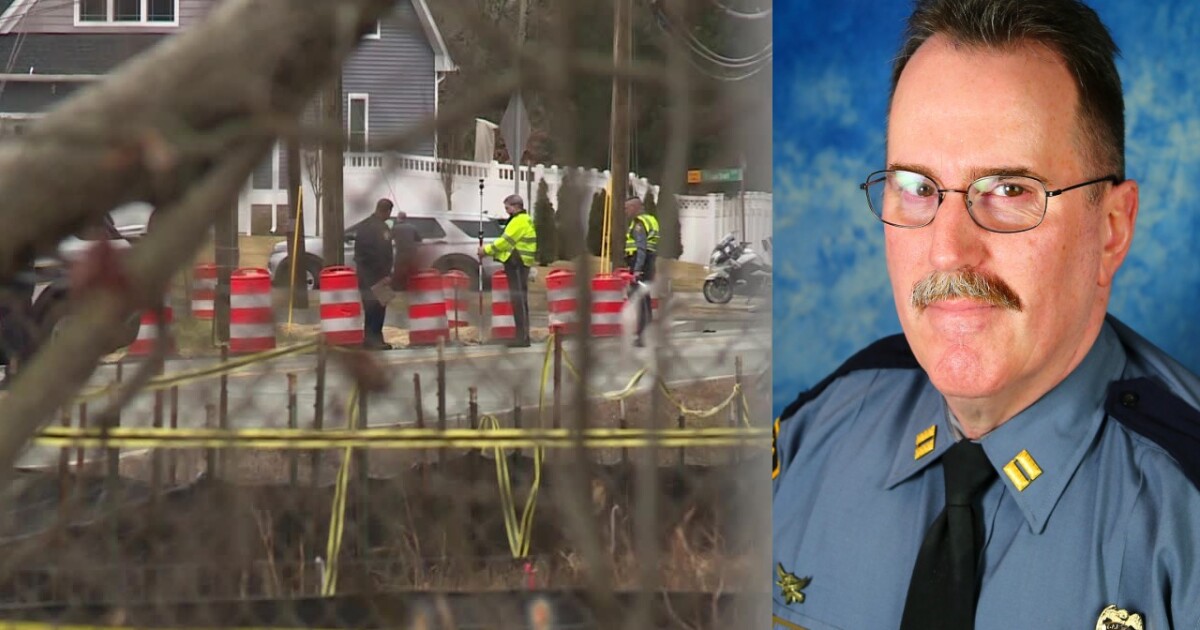 HENRICO COUNTY, Va. – Police are looking for the hit-and-run driver who killed a veteran Henrico police officer who was walking through Glen Allen on Saturday morning.

Henrico police were called to Greenwood Road at Winfrey Road on reports of a hit and run involving a pedestrian just after 11 a.m. M.

“Preliminary investigation by the Henrico Police Crash Team reveals that the suspect vehicle was traveling northwest on Greenwood Road when it struck the pedestrian,” said Henrico Police Lt. Matthew Pecka.

Officers said the victim, who was later identified as Donald L. Lambert Jr., was pronounced dead at the scene.

Lambert, a 33-year veteran of the Henrico Police, was the Captain of the Division’s Special Operations Group.

Authorities said he was not on duty at the time of the accident.

#BREAK Large police presence in Henrico County as state police search for a suspect who was involved in a hit-and-run and ran along Greenwood Road. Police say an adult man was beaten and died at the scene. Working to get more information. @ CBS6 pic.twitter.com/JiGHuYRbVS

“We are deeply saddened by the tragic and untimely loss of Captain Lambert,” said Henrico County Police Chief Eric English. “He was a selfless leader, mentor, and friend who served our community with pride and dedication for nearly 34 years. My thoughts and prayers are with yours.
family, colleagues and friends. “

Authorities said investigators are working to identify the “person or persons involved” in the accident.

The vehicle description was not available at the last check.

This is a story in development, so anyone with more information can email [email protected] to submit a suggestion.