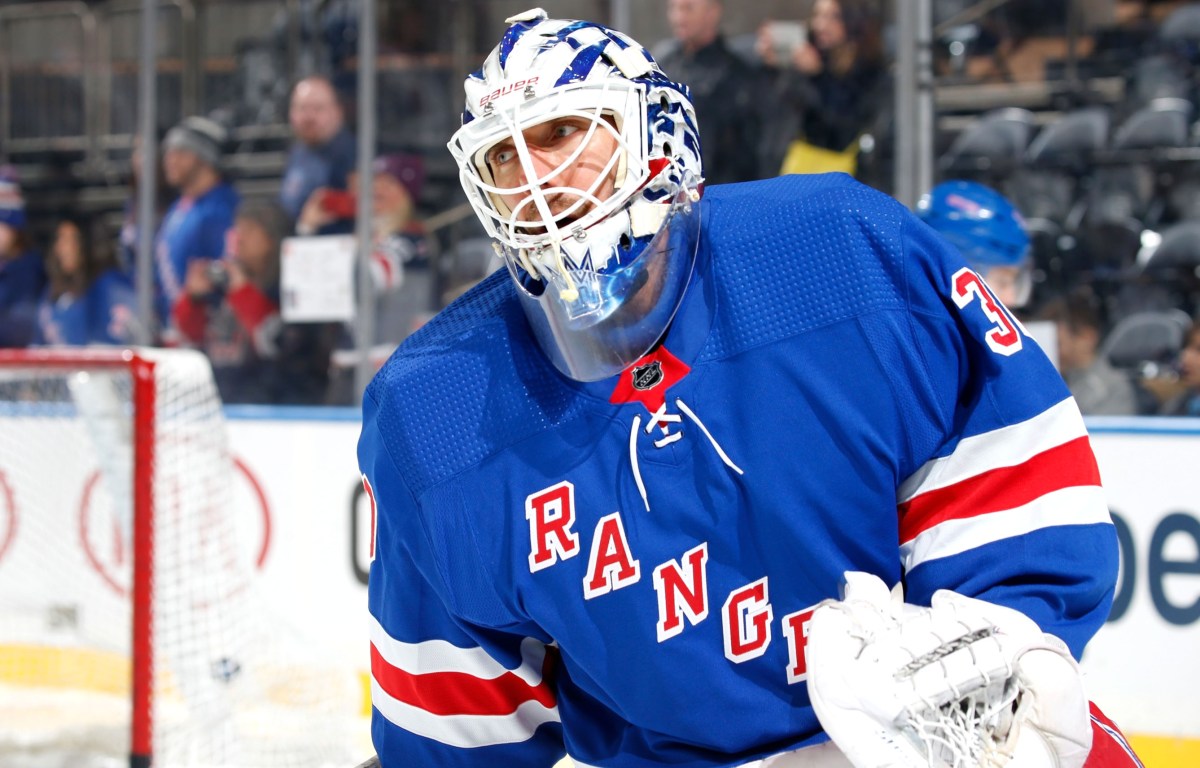 It is not a number and it is not 30 that will be raised to the pinwheel terrace of the garden when the time is right.

It is aura, it is personality, it is grace and it is professionalism, competitiveness and, yes, the humanity of Heinrich Lundkvist. He is forever deprived in New York that his days in a colorful uniform are over.

That’s what makes it so heartwarming.

“I know we’re all facing some challenges as a city, so let’s do what the New Yorkers do best, come together and get back to where we want to be!” Lundakvist did not cling to the games at all, said Wednesday as part of a five-part farewell tweet posted to his account. “Be kind, respect and support others.”

Lundkvist, the swede who made himself at home on Broadway, was left behind. The one who is a Lundkwist.

He is not Derek Jeter. He is not Eli Manning. He is not Willis Reid. He is not a Tom Saver. He does not have a ring. But if you want to talk about this particular core four, Lundkwist was something else that was not one of them and he carried the burden shared by anyone above.

He was the face of the franchise for the final 14 years of his 15-year career, with a singular name above the title on Marquee and essentially being the best player on ice and every night for him. Team to win. That was it.

Eventually, it took a toll. On a consistent basis the amount of work he needed to do, and of course in the last five years, often while working behind a defensive structure that seemed to traffic in disarray, weighed him down. So did the cup recur in the background of the rearview mirror. The game accelerated, Lundkvist slowed down. Or, perhaps more accurately, the king grew to 35, then 36, then 37 and now 38.

And Rangerstown was no longer a country for the old.

The Rangers were 15–4 in playoff elimination games from 2012–15. It almost seems like a typographic error. It is not. Lundkvist did not allow a goal or a goal in 11 of those 19 games. The Rangers came down 3–1 against the Penguins in 2014 and 3–1 against the Capitals in 2015 and Lundkvist allowed eight goals in those six possible elimination games.

He was as harsh on his teammates as he was on himself and perhaps not every player appreciated that time. He was just as strict on his comrades, thinking that John Tortella was on him.

Tortora treated Lundakvist with tough affections. Sved was better for it. It was also very important, but perhaps it was not the lecture after a bad outing that coincidentally one day the King’s photo was taken with Justin Bieber at a Knights game, which was shown on page six the previous night. I believe the coach banned King from participating in the Knicks games for the rest of that season.

There was a stretch of seasons when Tortella glorified the number of high shots directed by Lundkvist during practice. He thought it was difficult for the goalscorer. I thought it absurd. And so, after the second or third time he was hit by a high, I advised Lundkvist to only leave the net for the next time, the way Billy Smith often did with the islanders. I assumed that it was a private conversation.

But the next night, in the midst of answering a question at a pregame press briefing, the coach’s talk really left it like, “One of our writers told Hank to stop playing … I didn’t know That, did you? ”

“you told him?” I asked Lundkvist after the match.

“I should not have?”

Lundkvist came to the camp in 2005. After my third NHL game, I anointed her king on October 15, after a 5–1 win over the Thrashers at the Garden. There was just something about him. “He is King Heinrich of Sweden, that’s it,” I wrote.

Years later, when the title was inextricably linked with his identity, Lundkvist wanted to know why I had given him this name. At some point, there was a Swedish emperor named Heinrich, although he did not explicitly rule the land. He knew it.

“It’s because of my name, that’s why, right?” he wanted to know. “If my name were Sam, wouldn’t you call me King Sam?”

But he was not Sam.

He was (and is) Heinrich Lundkvist.

One of the best of all time.

And I am going to miss him a lot.