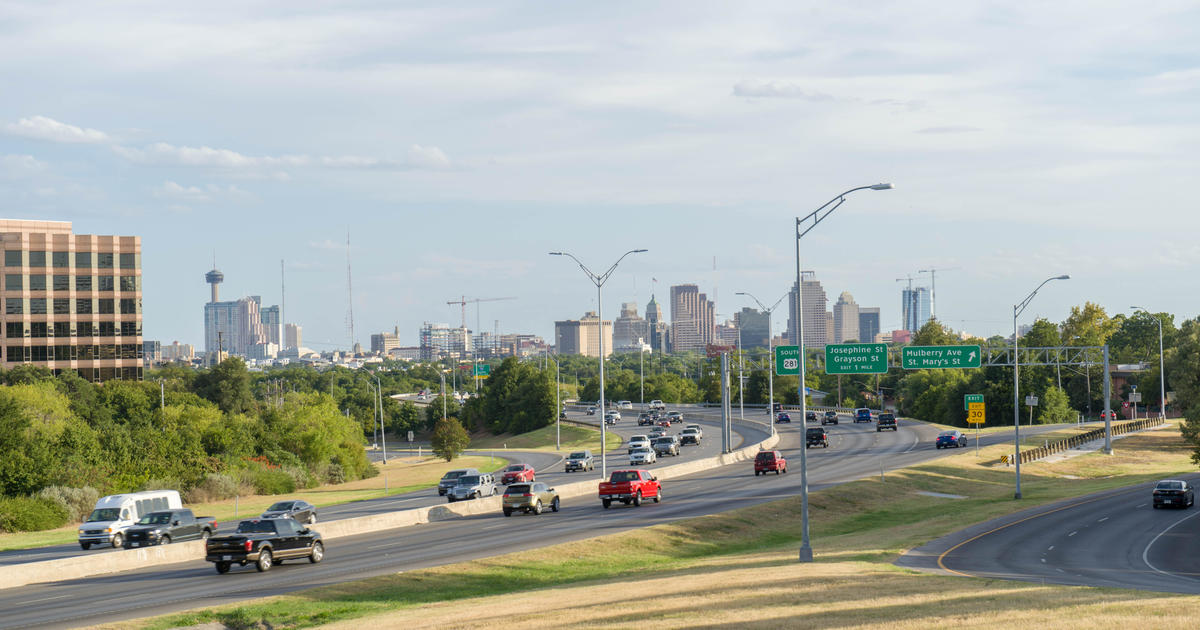 A “heartbreaking” 911 call from a man who said he and about 80 other migrants were trapped in the back of a tanker and were struggling to breathe has prompted a massive search in the San Antonio, Texas area, the sheriff said. from Bexar County to CBS. News on Wednesday.

At approximately 10 p.m. on Feb. 8, a man called 911 and told the dispatcher that he and other undocumented immigrants were trapped, according to a recording of the call obtained by CBS News.

“We need help,” said the caller in Spanish. Others could be heard screaming, crying and gasping for air during the nearly four-minute call.

“We are dying,” the man said, as others were heard calling for help.

“We don’t have any more oxygen,” he added.

“How many people are there?” the dispatcher asked shortly after.

“80 people,” the man replied. The dispatcher, sounding surprised, asked again, “How many? 80?” – but the call ended moments later.

Dispatchers received another call shortly after. The caller told the dispatcher that he and the other migrants were still trapped in the truck and did not know where they were.

“We don’t see anything, we are inside a tanker truck,” said the man, adding that he believed the truck was parked on the side of the road “because cars pass.”

“You are literally listening to people who believe they are within minutes of death,” Bexar County Sheriff Javier Salazar told CBS News. Salazar said the calls were “heartbreaking” and left 911 dispatchers “visibly shocked.”

Local and federal agencies, including Immigration and Customs Enforcement, are investigating the calls. The Bexar County Sheriff’s Office has released surveillance footage of what it says may be the truck in question, but Salazar noted the difficulty of locating a specific white tanker truck in or around a large city with multiple major highways.

“There is always hope,” Salazar said, when asked if the migrants could still be alive two days after making the call.

“I can’t even imagine what they went through,” he added, expressing concern that the truck driver abandoned the vehicle once they realized the seriousness of the situation.

“I don’t even want to imagine what would happen if this guy, or the people, parked this trailer, walked away and left it,” he said. “These people are trapped and God knows what will happen to them at that time.”

When asked if he thought the calls might be a hoax, Salazar said he would bet “the rest of my paychecks for the rest of my life that this is not a hoax.”

“That was very real, what we were hearing,” he said.

Salazar noted that “thousands” of people are trafficked every day, and said the 911 calls provide a “very grim reminder of exactly what these people are dealing with.”

“These people are … crowded into this truck that they have no way of getting out of,” he added. “They are at the mercy of these traffickers.”

In a broader statement released Wednesday on border control numbers, Customs and Border Protection pointed to the danger of human smuggling operations.

“Too often our agents find human remains or come across missing migrants who are sick, injured and abandoned by smugglers. We also see migrants subjected to inhumane conditions locked up in tractor trailers, car trunks, train cars, and overcrowded hideouts. It is incredibly dangerous, especially in the era of COVID, “the agency said.