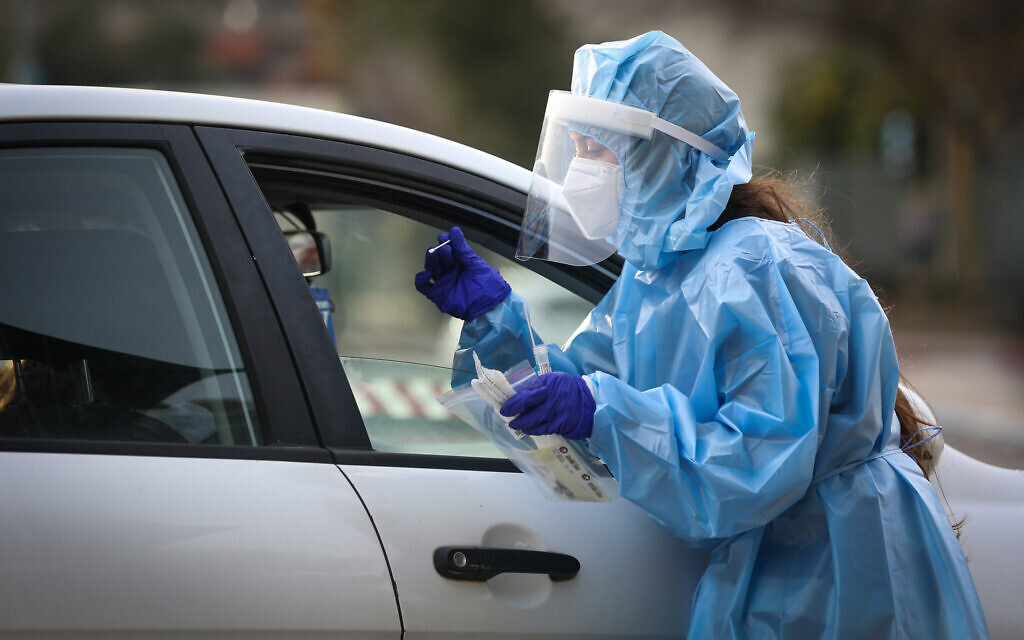 The Health Ministry said Tuesday that it has identified three cases of the so-called New York variant of the coronavirus, the first time the mutation has been found in Israel.

The ministry said the three cases were in the same family.

Kan News reported that ministry officials believe the three came into contact with someone who recently returned from New York and there were concerns that others might already be infected. According to Channel 13 News, the people diagnosed have not been cooperating with epidemiological investigators.

Officials are reportedly concerned that the variant is already spreading undetected in Israel.

In addition, the ministry was said to be weighing new restrictions on fully vaccinated family members of people carrying the virus. According to the outlet, vaccinated people could be asked to undergo tests or self-quarantine, regulations from which they are currently exempt.

In addition, the ministry said that two cases of variant B.1.525 have been found. The variant is believed to originate in Africa and has characteristics similar to the so-called South African mutation, which is more resistant to vaccines than other variants. The mutation has already been detected in the United Kingdom, the United States, Nigeria and Jordan.

Two research groups, at Caltech and Columbia University in New York, published articles last week describing their findings on the New York variant. None of the articles have been published or reviewed by other scientists. 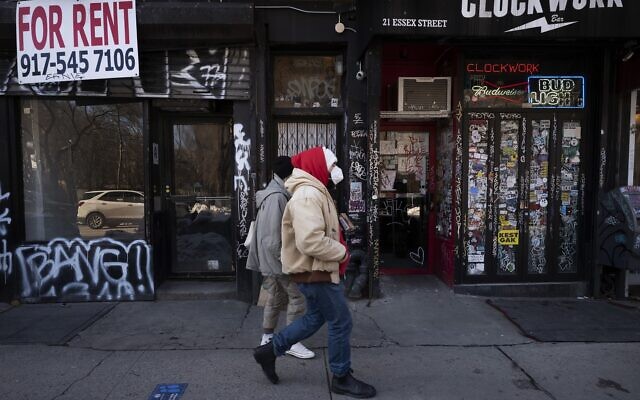 A man walks past an empty retail store, left, that is available for rent, on February 8, 2021, during the coronavirus pandemic in New York. (AP Photo / Mark Lennihan)

But both groups noted that the new variant has a mutation that could potentially weaken the effectiveness of the vaccines.

They also found that patients infected with the mutated virus, first detected in late November, were more likely to be older and to have been hospitalized.

Viruses are constantly mutating as they spread and make copies of themselves. Some genetic tweaks can be concerning, especially if they help the virus to spread more easily, make it more lethal, or slow the effectiveness of vaccines. Scientists use genome sequencing and other research to find out what the potential problems are.

New variants have appeared throughout the pandemic, but so far three have been considered the most worrisome and have been designated as “worrisome variants.” They were first detected in Great Britain, South Africa and Brazil, but have spread to other countries. 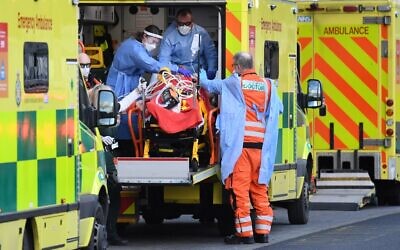 London Ambulance staff transfer a patient from the ambulance to the Royal London Hospital in East London on January 2, 2021 (DANIEL LEAL-OLIVAS / AFP).

Israel’s land and air gateways have been largely closed since January 25, and Ben Gurion Airport closed for all special flights from Israel and some foreign airlines, except for a few, to bring citizens back. stranded abroad, leaving thousands unable to return.

Entry into the country has required special government permission that is granted on a case-by-case basis before a flight, as officials are concerned that more contagious strains of the coronavirus may arrive in the country from abroad. However, ministers voted on Tuesday to cut the panel’s workload and put fewer restraints on returning Israelis.