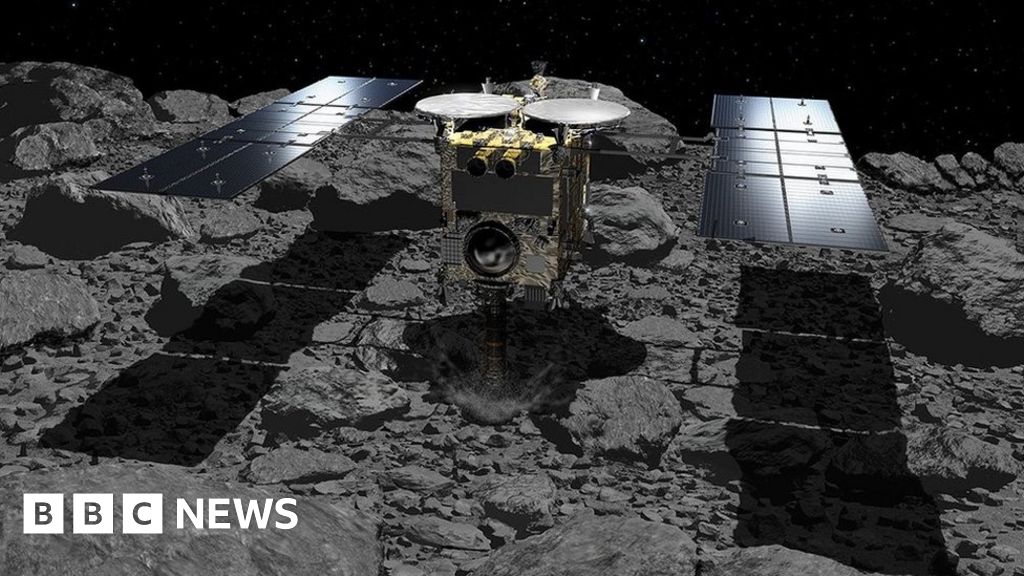 The Japanese ship Hayabusa-2 is about to detonate an explosive charge on the asteroid it is exploring.

The operation is designed to generate an artificial crater in the Ryugu asteroid, which the probe has been studying since June 2018.

Hayabusa-2 will then descend to the crater to collect pristine samples of the asteroid that have not been exposed to the hostile environment of space.

The device is known as a small transport impactor (SCI).

It is a 14kg conical container made of copper and filled with plastic explosives.

Meanwhile, Hayabusa-2 should have maneuvered to hide on the other side of the asteroid, protecting the ship from any flying debris.

On the way, it will unfold a small camera, called DCAM3. The camera will observe the explosion from a distance of approximately 1 km and will transmit the images to its "mother ship".

Ryugu belongs to a particularly primitive type of space rock known as a type C asteroid. It is a relic from the early days of our Solar System.

But it is believed that millions or billions of years of bombardment with cosmic radiation alter the surfaces of these planetary building blocks. So, scientists want to get a sample that has not been modified by this process.

Speaking at the Planetary and Lunar Science Conference last month, project scientist Sei-ichiro Watanabe said the experiment will also "provide us with information about the resistance of Ryugu's surface layer."

This will help shed light on how the asteroid was formed, as it is believed to have formed from loose debris that was ripped off a larger asteroid and then rebadembled to form a secondary object.

At a later date, scientists can order Hayabusa-2 to descend into the crater and collect a pristine sample of rock. But they will only do so if there is no risk of the spacecraft colliding with a rock or outcrop.

Search for clues for COVID-19 immunity