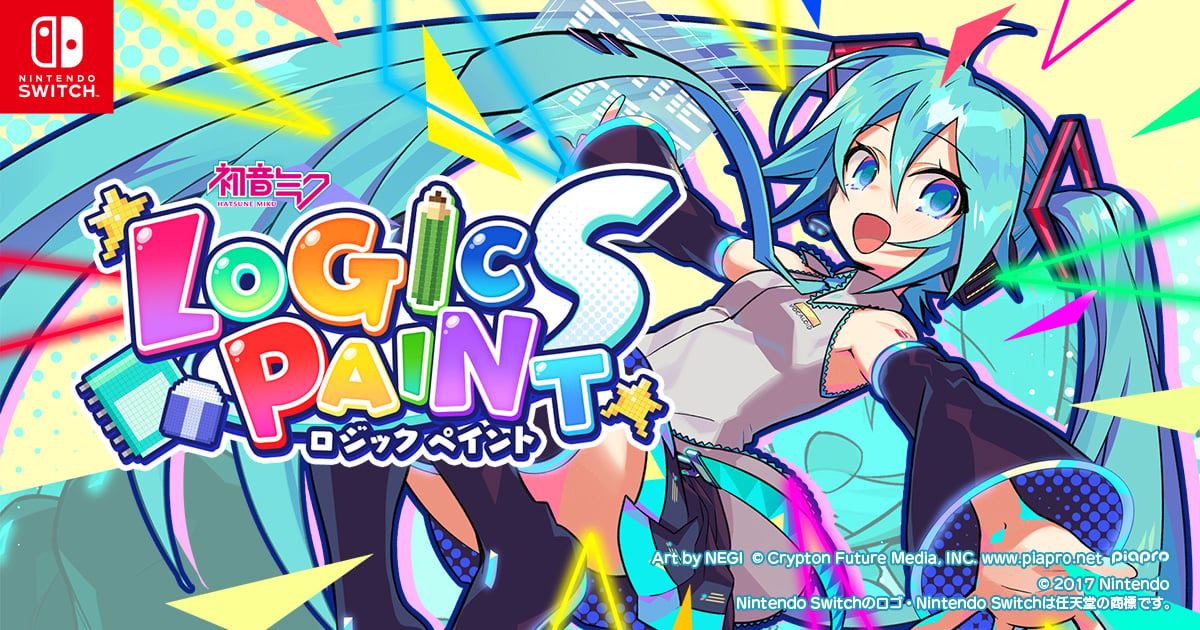 Hatsune Miku logic painting is a puzzle game that was first released for iOS via the App Store and Android via Google Play in March 2020.

The main image of the Switch version (above) was illustrated by NEGI.

No further details were announced.