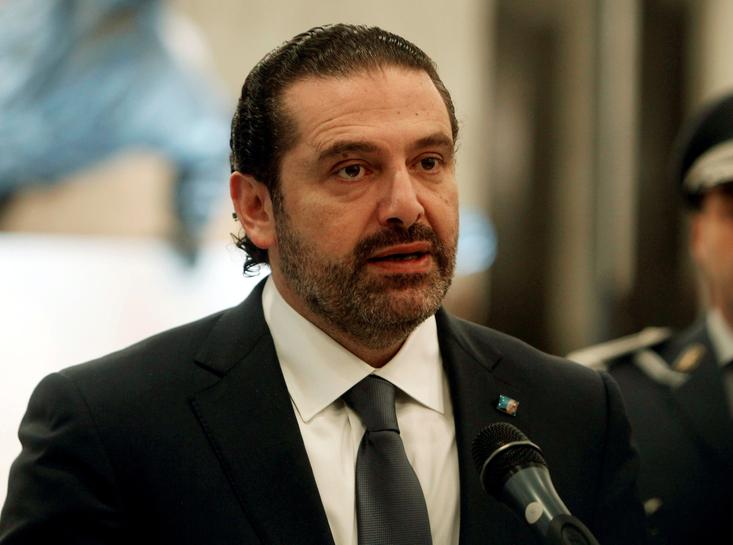 Saad al-Hariri, who suspended his decision to resign as prime minister, speaks at the presidential palace in Baabda, Lebanon, on November 22, 2017. REUTERS / Aziz Taher

Hezbollah backed by Iran, which is part of the The Lebanese government is fighting alongside Syrian President Bashar al-Assad in Syria and in Iraq against militants of the Islamic State.

The Gulf monarchies accused the Shiite group of also supporting the Houthi group in Yemen and supporting the militants in Bahrain. Hezbollah denies any activity in Yemen or Bahrain.

The main sponsor of Hariri is Saudi Arabia, the main regional rival of Iran, which has also intervened in regional conflicts.

"I do not want a political party in my government that interferes in the Arab countries against other Arab countries," Hariri said in an interview recorded on Monday with the French network CNews.

"I'm waiting for the neutrality we agreed on in the government," he said. "You can not say one thing and do something else."

Hariri surprised Lebanon on November 4 by resigning his post in a statement from Saudi Arabia. His resignation, however, has not yet been accepted.

President Michel Aoun held talks with other Lebanese political leaders on Monday about the future of Hariri's government, but gave no indication of whether they discussed Hariri's demand that the country stay out of regional turmoil.

"Lebanon can not resolve a question like Hezbollah that is in Syria, Iraq, everywhere because of Iran, it's a regional political solution that must be done," Hariri said.

"Iran's interference affects us all, if we want a policy that is good for the region, we should not interfere."

He said he was ready to continue as prime minister if Hezbollah agreed to maintain state policy of staying out of regional conflicts.

However, he said he would resign if Hezbollah did not adjust to that, although the consultations so far had been positive.

"I think that in the interests of Lebanon, Hezbollah is conducting a positive dialogue, they know we must remain neutral in the region."

He said that if this week's consultations ended positively, he would possibly modify the composition of the government and added that it was open to elections before next year.