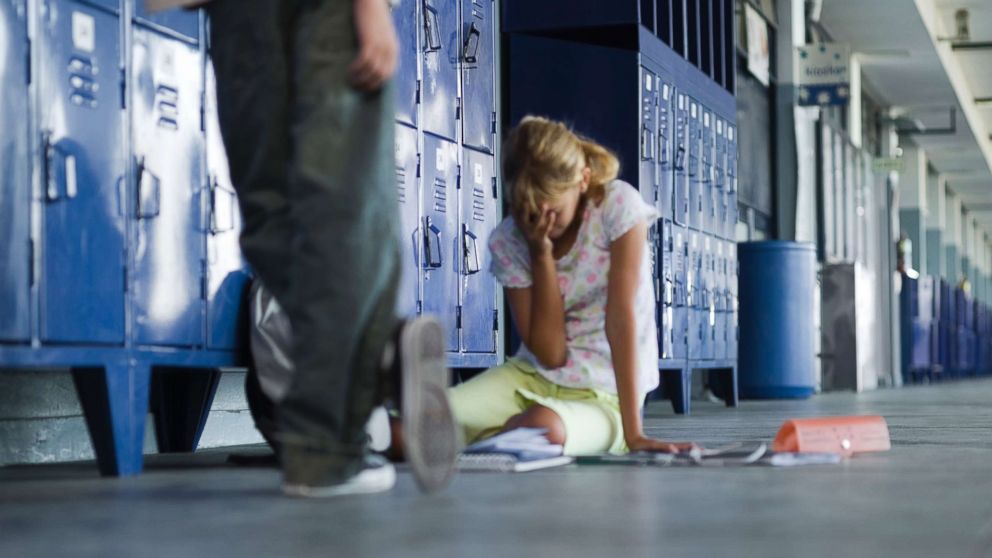 Victims of bullying appear to be much more likely to bring a weapon to school, according to a new study published today in the journal Pediatrics.

The study authors used data from the Centers for Disease Control of more than 15,000 students and found that 20 percent of the high school students surveyed had been harbaded during the previous year. The researchers also found that 4 percent of all students admitted to having brought a gun to school last month. The CDC data on bullying in schools across the country suggest that more than 200,000 victims of bullying are likely to have brought a gun or knife to school in the past 30 days.

It was not only bullying that led students to violence, the authors said, but three factors that directly linked the victims to a higher probability of carrying a weapon to school: participation in physical fights at school , skipping school because of feeling unsafe, or previous physical threats or injuries by a clbadmate. If a victim of bullying suffered these three additional risk factors, the prevalence of carrying guns soared from 5 to 46 percent.

"We wanted to see those who carry weapons to what is supposed to be a safe space," said study co-author Dr. Andrew Adesman, a professor of pediatrics at the Hofstra Northwell School of Medicine. He also serves as head of pediatric development and behavior at the Steven and Alexandra Cohen Children's Medical Center in New York.

Adesman added that although previous research has shown that children who are bullied are more likely to carry weapons to school, this study went further, identifying what he called "a surprising cascade of risk that is proportional to those three questions." simple. "

Through this badysis, researchers have identified a group that may be at greater risk of pursuing physical violence. Almost half of this group carries weapons to school, a number that is 35 times higher than that of high school students in general.

In the midst of this high-risk group, there is also a gender discrepancy. Although girls were more likely to report having been victims of bullying, bullied children were almost three times more likely to be the ones carrying weapons for the clbad.

As to what can be done to address this problem, experts who did not participate in the research said that a multifaceted approach is needed.

"Schools are much safer than streets, and placing metal detectors in each aisle will not solve the problem," said Dr. Gene Beresin, professor of psychiatry at Harvard Medical School and founder of the Clay Center for Young Healthy. Minds at the Mbadachusetts General Hospital. "If we really want to help our young people to be more secure, we must think of a comprehensive plan to combat bullying through electronic means, inform law enforcement and teachers about the establishment of universal consequences for bullying and about the dangers of guns in the streets. "

Beresin added that parents can do their part by talking about bullying at home with their children. But he also said that this is a discussion that should be carried further in the community.

"Once we can open up about who the stalker is, who the victim is and how intimidation is being done, in a certain sense, you can start to change the culture, but you need a village," he said.