Gunmen free more than 1,800 inmates in attack on Nigerian prison 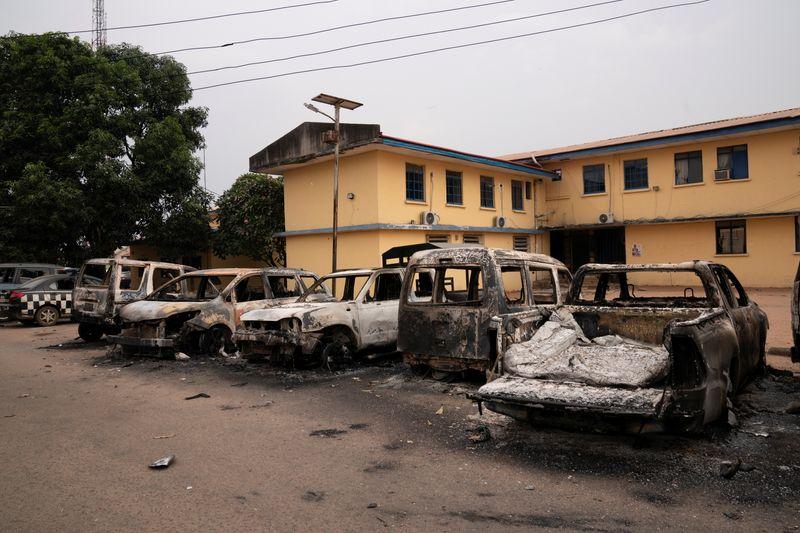 Nigerian police said they believed a banned separatist group, the Indigenous People of Biafra (IPOB), was behind the attack in the city of Owerri, but a spokesman for the group denied involvement.

The secessionist movement in the southeast is one of several serious security challenges facing President Muhammadu Buhari, including a decade-long Islamist insurgency in the northeast, a series of school kidnappings in the northwest, and piracy in the Gulf of Guinea.

Buhari said the attack, in a city near the oil-rich Niger Delta region that is the mainstay of Africa’s largest oil exporter and largest economy, was an “act of terrorism.” He ordered the security forces to detain the fleeing prisoners.

The attackers broke into the facility around 2:15 am (0115 GMT) on Monday, the Nigerian Correctional Service said.

“The Owerri Custody Center in Imo state has been attacked by unknown gunmen and forcibly released a total of 1,844 prisoners in custody,” its spokesman said in a statement Monday night.

Police said the attackers used explosives to blow up the prison’s administrative block and entered the prison yard.

“Preliminary investigations have revealed that the attackers … are members of the banned Indigenous People of Biafra (IPOB),” said Frank Mba, spokesman for the Nigerian Police.

IPOB wants the independence of a region in southeastern Nigeria that it calls Biafra. One million people died in a 1967-70 civil war between the Nigerian government and the secessionists there.

In recent months, security in the region has deteriorated. Several police stations have been attacked since January, with large amounts of ammunition stolen and complaints from the paramilitary wing of the IPOB, the Eastern Security Network (ESN), confronting the military.

But an IPOB spokesman told Reuters that the group did not carry out the raid on the prison.

“IPOB and ESN were not involved in the attack in Owerri, Imo state. It is not our mandate to target security personnel or prison facilities, ”the IPOB spokesperson said in a phone call.

Report from Tife Owolabi in Yenagoa and Anamesere Igboeroteonwu in Onitsha; Additional information from Camillus Eboh in Abuja; Written by Tom Hogue and Alexis Akwagyiram; Edited by Raissa Kasolowsky