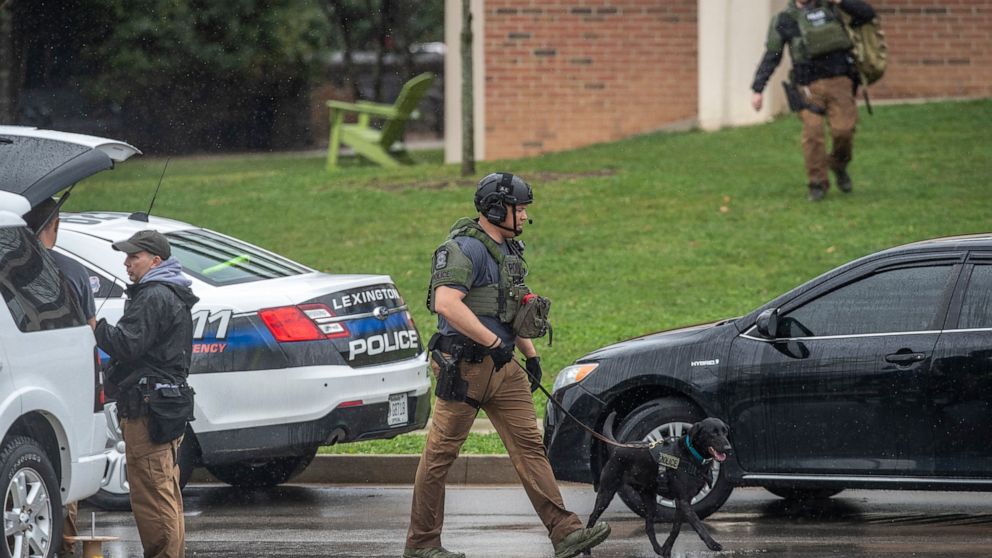 Police arrested a Kentucky gunman as he was leaving a hospital after receiving a tip from another police department that he was in the area.

LEXINGTON, Ky. – Police arrested a gunman as he was leaving a Kentucky hospital after receiving a tip from another police department that he was in the area.

There was a heavy police presence in the emergency room at the University of Kentucky Chandler Hospital Thursday, and university officials asked students and visitors to stay out of the area.

University of Kentucky Police Chief Joe Monroe said the man, Bryan Carroll of Versailles, was arrested without incident as soon as he left the hospital. He was in the hospital to visit a family member, Monroe said. He was carrying firearms.

Carroll, 44, was charged with possession of a pistol by a convicted felon, use of a weapon of mass destruction, resisting arrest and various other charges, according to media reports. Monroe also said Carroll could face federal charges.

The university sent out a campus alert around 11 a.m. asking people to avoid the area. University officials said other parts of the campus were safe and operating normally. Authorities gave the go-ahead about four hours later.

The FBI, campus police and the federal Bureau of Alcohol, Tobacco, Firearms and Explosives were also on the scene.