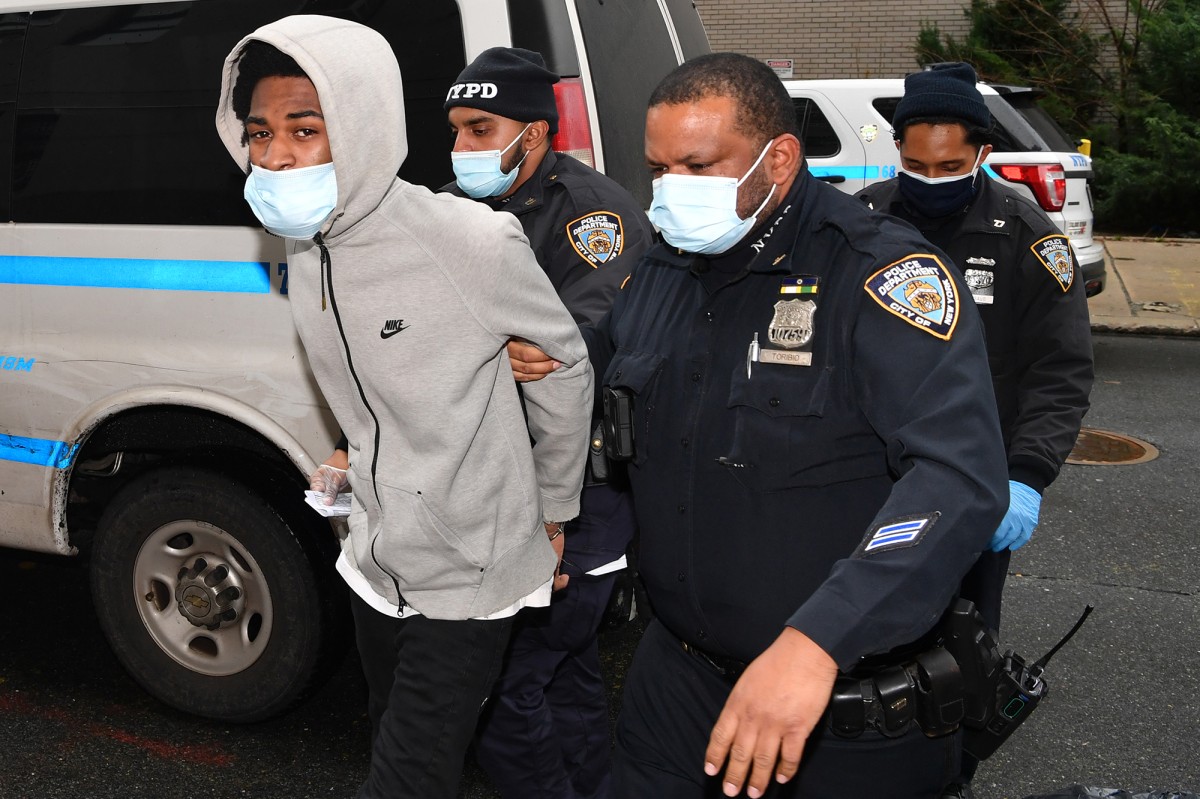 A Brooklyn man who allegedly shot a NYPD cop on Christmas Eve – but failed to injure his target due to a bulletproof vest – apologized after being led into court on Friday.

“Excuse me, officer,” removed William Moss from behind a blue facemask, when The Post was asked if he had a message for Connor Boallick, the lawmaker whose life he had almost ended.

“I wish this never happened.”

Wearing handcuffs and a gray Nike hoodie, Moss voiced his sudden regret as he was taken to Brooklyn Criminal Court to answer the murder and assault charges.

Boalik and his partner were initially called to the scene at Bergen Street and Ralph Avenue in Crown Heights as the woman accused Moss of threatening to shoot her home, police and sources.

Thanks to his bulletproof vest, 27-year-old Boalik survived a cowardly attack from behind the dissidents, even after leaving Kings County Hospital on Christmas morning.

Police Benevolt Association President Pat Lynch thanked Bolek for telling the story that lawmakers at the hospital should help foster a pro-police climate where criminals are shot in the best possible way. There are apprehensions.

Save a summons for smoking marijuana, according to police and sources Moss had not previously crossed paths with the NYPD.

It is expected that he will be greeted on Christmas night.