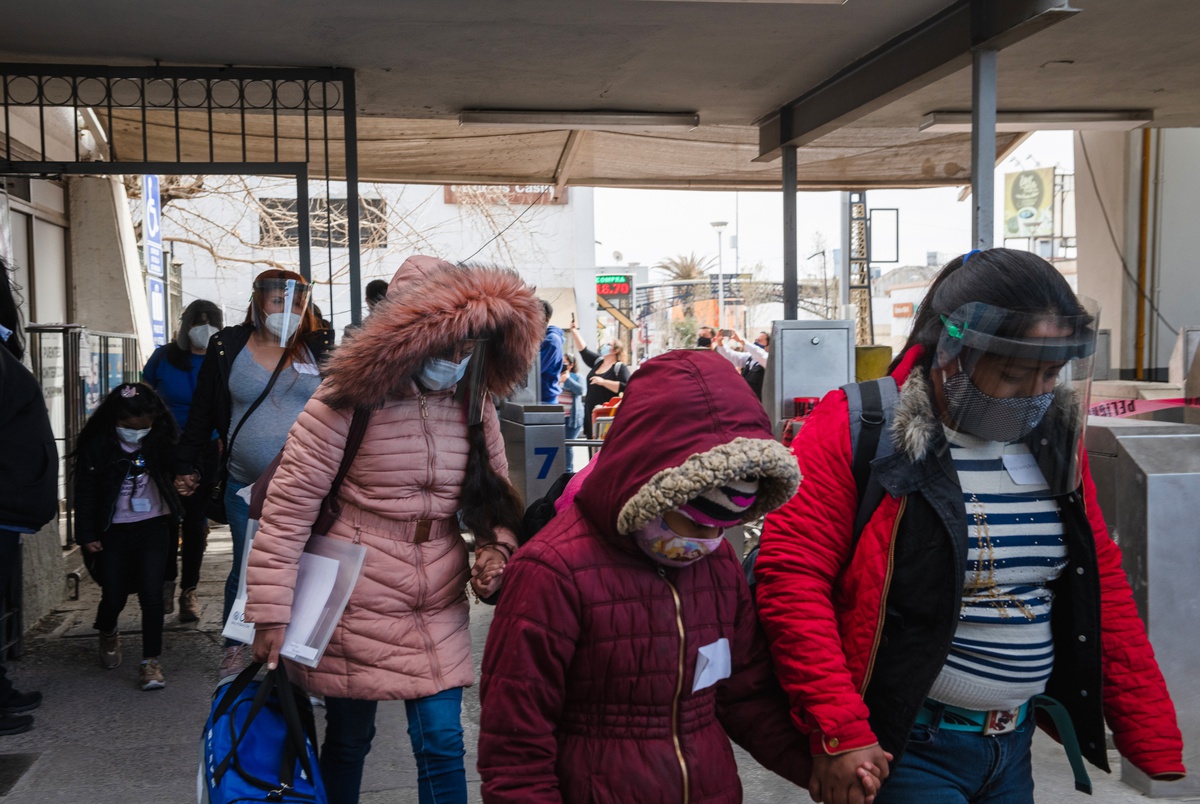 Gov. Greg Abbott appeared this week to reject help from the federal government to test migrants for coronavirus before they are released from federal custody, saying it is a federal responsibility to screen immigrants entering Texas.

The announcement came after Abbott, a Republican, repeatedly accused the government of Democratic President Joe Biden of “liberating immigrants in South Texas who have been exposing Texans to COVID.” The Biden administration denied that Thursday, with CNN reporting that Abbott was “delaying” a federal offer to help test migrants.

Abbott and Biden have been fighting for days over coronavirus safety protocols and whose actions have put Texans’ health at risk. After Abbott announced this week that it was lifting the Texas-wide mask mandate and capacity restrictions for companies, Biden called that decision “Neanderthal thinking.” Abbott responded in multiple interviews and social media posts that Biden’s immigration policies were the real threat to Texans and accused the president of releasing migrants with COVID-19 in Texas.

“The Biden Administration is recklessly releasing hundreds of illegal immigrants who have COVID in Texas communities,” Abbott wrote in a tweet Wednesday afternoon.

When asked for evidence of that claim, Abbott’s office pointed to news reports from NBC News, Fox News and the New York Post earlier this week that 108 migrants had tested positive since January 25 in Brownsville after being released by federal authorities. The city has been running the tests since the end of January. It is unclear from the reports how many of the asylum seekers remain in Texas. Most migrants who are detained or turned over to federal authorities tend to go further north.

Migrants released from custody while their asylum cases are pending receive notices to appear in court, a document that, when issued, marks the start of the removal process for migrants if they are unable to convince federal authorities that they have right to stay. Customs and Border Protection in South Texas did not respond to a request for comment seeking more information about the testing process.

The city reportedly administered the tests in Brownsville. NBC reported that 6.3% of the migrants tested were confirmed to have the coronavirus. That rate is lower than the statewide positivity rate, in which an average of 8.3% of tests tested positive in the past seven days. The 108 tests conducted in the past five weeks are a small portion of the more than 3,800 confirmed cases in Cameron County reported by the state since Jan.25.

After Abbott began berating Biden for releasing the migrants, CNN reported that the Department of Homeland Security had attempted to use Federal Emergency Management Agency dollars to help local officials test released migrants from federal custody and isolate them if they test positive. The grant money needed state approval to be allocated, CNN reported.

Abbott appeared to make clear Thursday that it was not interested in the federal offer. It argued in a statement that border security is “strictly a federal responsibility” and therefore the Biden administration alone should “test, evaluate and quarantine” migrants who may have COVID-19.

“Instead of doing their job, the Biden Administration suggested they didn’t have enough resources and, surprisingly, asked Texas to help them help with their illegal immigration program,” Abbott said. “Texas refused.”

When asked about Abbott’s statement, the White House referred to comments made by press secretary Jen Psaki on Thursday that federal policy is that coronavirus testing for migrants released from custody “be done at state and local level with the help of NGOs. [nongovernmental organizations] and local governments. “He added that the policy establishes that migrants must undergo tests” even before they are transferred to stay with relatives or other people they may know while their cases are being tried. “

Since before the 2020 elections, the number of migrants detained at the border has increased significantly. From October to January, more than 296,000 undocumented immigrants have been detained. That’s more than half of the 458,000 detainees in the entire 2020 federal fiscal year, according to federal statistics.

The Biden administration has also stopped adding migrants to the Trump-era Migrant Protection Protocols, which forced tens of thousands of asylum seekers to wait in Mexico for their hearings in U.S. courts. Some of the first MPP arrivals began entering Texas last week in Brownsville and El Paso, but are tested for COVID-19 before entering, confirmed Rubén García, director of the Annunciation House shelter network that is temporarily hosting to migrants.

Releasing asylum seekers from custody with notices to appear has been a problem for Republicans who incorrectly claim that most asylum seekers ignore the notices and instead try to live in the shadows illegally. A 2019 study from the Transactional Records Access Clearinghouse at Syracuse University, which uses Freedom of Information Act requests to track immigration court cases, found that more than 80% of all migrants show up for their court hearings, and that number increases to almost 100% if asylum seekers are represented.

But Abbott said Thursday that Texas “will not help a program that makes our country a magnet for illegal immigration.”

However, Texas has already been sending evidence to border communities. The Texas Division of Emergency Management confirmed to the Tribune that it has provided evidence to “local officials in border communities who have been responding to an influx of people crossing the international border.”

“Since the end of January, the state has provided 40,000 COVID-19 tests to Brownsville, McAllen, Laredo and Del Rio to meet the need for testing that the federal government does not meet,” said division spokesman Seth Christensen, in a statement.

As for whether the state will provide further testing to border cities, Christensen said TDEM “has no pending requests from our local partners to test resources.”

Abbott’s comments about migrants with coronavirus have sparked consternation among many advocates along the border. The governor, along with other Texas politicians, has a history of describing migrants in terms that suggest they are a threat. In 2019, the day before an anti-Mexican gunman killed 22 people in El Paso, Abbott sent a campaign email asking his supporters to “DEFEND” Texas at the border. He later said that “mistakes were made” about the mail.

Clara Long, associate director of the United States Program at Human Rights Watch, said Abbott’s comments this week are disturbing but not surprising, as the governor tries to distract himself from his own executive order, which critics say will put the jeans.

“The fact that this is a political statement seems so revealed by the mask [order]”She said.” Do you care about people’s health or not? But it’s clear it’s not about protecting Texans or migrants. It’s about political gains. “