Greece celebrates 200 years of independence with hopes of rebirth – tech2.org

Greece celebrates 200 years of independence with hopes of rebirth 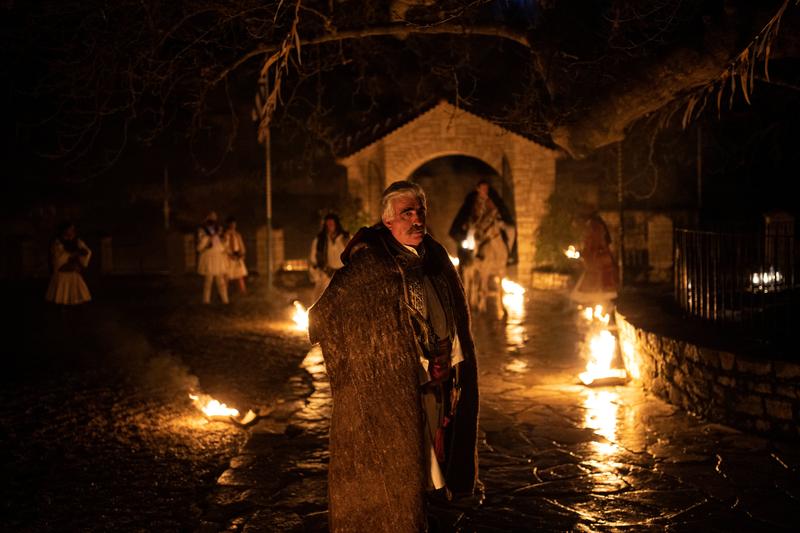 ATHENS (Reuters) – Reliving memories of its battle for independence from Ottoman Turkish rule 200 years ago, Greece is preparing to challenge the coronavirus with bicentennial celebrations on Thursday that it hopes will mark a turning point after a very difficult decade. .

Greece emerged from the biggest bailout in economic history in 2018 after years of painful austerity that plunged it into poverty. One in two young Greeks was unemployed and more than half a million people left the country to seek work abroad.

As soon as the economy started to recover, the coronavirus pandemic hit and Greece went back into recession.

However, the Conservative government, which announced the Independence Day celebrations as a sign that Greece returned shortly after it came to power in 2019, is determined to move on, even if events have drastically curtailed.

“Especially for young people, I think these symbolic dates can really mark a break with the past,” Prime Minister Kyriakos Mitsotakis said this week.

“The challenge in the immediate aftermath of the pandemic is not just taking a few steps for improvement, but many courageous advances.”

Although the coronavirus has meant smaller celebrations and many events have moved online, some have taken place.

At Agia Lavra, one of the oldest monasteries in Greece, actors wearing the kilts of Greek revolutionaries last week reenacted the taking of the legendary oath of “Freedom or Death!” – the motto of the revolt against Ottoman rule.

Greece was under Ottoman rule for nearly 400 years since the Ottoman Turks invaded what was then Constantinople, capital of the Byzantine Empire, in 1453.

The scattered uprisings in 1821 turned into a full-scale war that, aided by the intervention of Great Britain, France, and Russia, eventually resulted in the establishment of an independent kingdom of Greece in 1832.

“The importance of this historic year, this historic anniversary, is that we have a message; it speaks of the rebirth of the country, ”said Gianna Angelopoulos-Daskalaki, a former MP who leads the 2021 organizing committee.

“After 10 years of crisis, Greece is still standing,” he said from the National Mint, which has issued commemorative coins of the first coins of modern Greece, the Phoenix and the Drachma.

The annual military parade on March 25, Greece’s national day, will be a silent affair, with the country locked in.

France, which will be represented in the parade by its Defense Minister, has also donated a magnificent tapestry representing the “School of Athens” by the Renaissance painter Raphael of the great thinkers of ancient Greece.

“The School of Athens symbolizes our entire commitment to democracy,” said French Ambassador Patrick Maisonnave. “It reminds all of the western republics that they owe the Greek Republic.”