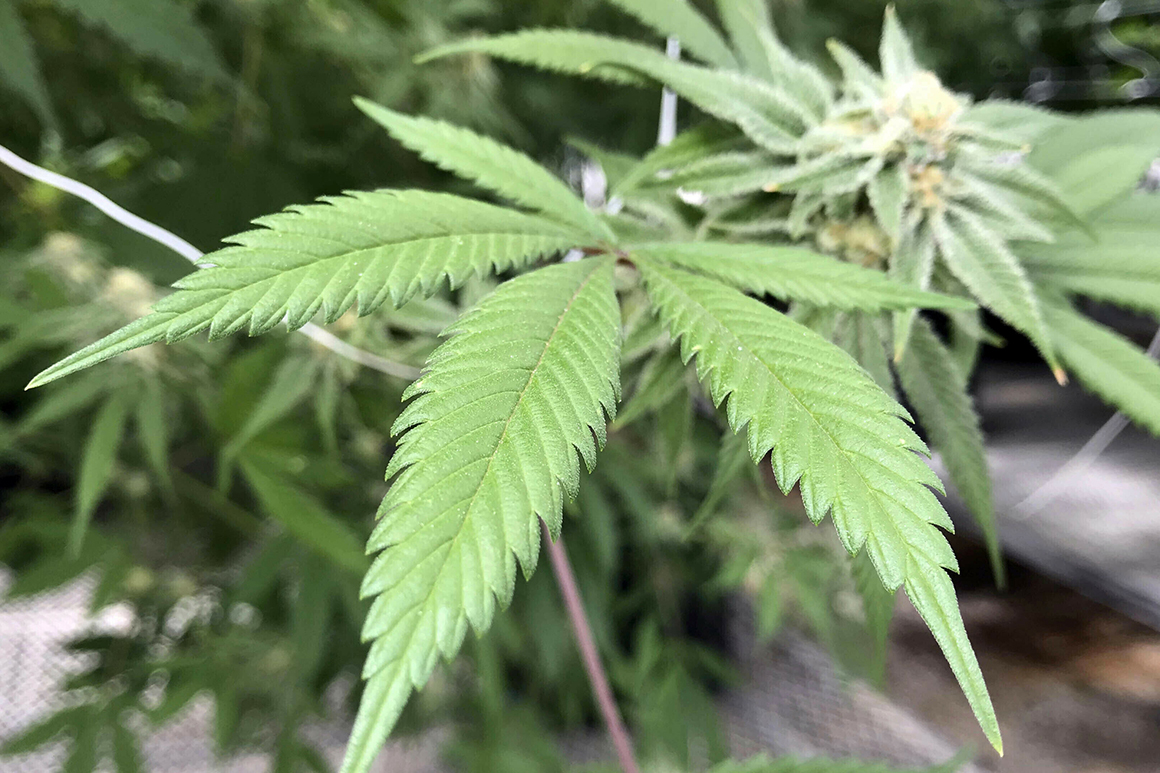 Delta-8’s meteoric rise is reminiscent of the early days of the CBD boom. Products were seemingly overnight on the shelves of gas stations, vape shops, and numerous e-commerce outlets.

But there is one big difference: Delta-8 products are being marketed as a “legal” way for people to get high.

The cannabinoid boom has deeply divided the hemp industry and its advocates. Some hemp growers are staying away, fearful that a crackdown is imminent. Others hope to exploit the regulatory gray area to earn cash.

Entrepreneurs like Jeff Gray and Josh Wurzer of SC Labs, a cannabis testing facility in California, worry that the Delta-8 trend is yet another vaping crisis waiting to happen. As of 2019, nearly 3,000 people were hospitalized and 68 died due to lung diseases that were largely related to illegal marijuana vaping products.

“The states are behind the eight ball in this one,” Wurzer said. “This is taking CBD and synthesizing a new compound using other chemicals that can introduce contamination and by-products that are harmful.”

What exactly is Delta-8?

Delta-8 THC is an isomer of Delta-9 THC, the compound responsible for the intoxicating effects of marijuana. That means the two are largely the same compound, with slight atomic differences. The vast majority of Delta-8 products are not extracted from cannabis. Instead, producers convert plant-derived CBD into Delta-8 THC through a chemical process called isomerization. The process combines CBD with a solvent, acid, and heat to trigger the reaction that converts CBD to THC.

“Cannabis is cleaner than the water you drink, it’s so tested,” Gray said, referring to California’s regulated marijuana market. But Delta-8 is a “highly unregulated industry. There are no clear requirements. “

When Congress passed the 2018 farm bill legalizing hemp, it was eager to distinguish growing from marijuana. Hemp and marijuana are the same plant species, cannabis sativa L., but hemp cannot contain more than 0.3 percent THC. The distinction is legal, not scientific.

“It is not clear if [Delta-8 THC products] are illegal under the 2018 farm bill, “said Jonathan Miller, attorney general for the American hemp round table. “It is clear that it violates the spirit of the law.”

McConnell’s office did not respond to a request for comment.

The DEA declined to comment on the legality of Delta-8 until it finalizes its provisional final hemp rule. “We are in the process of reviewing thousands of comments and we do not speculate on what might happen as a result,” a DEA spokesperson said.

Last year’s CBD boom led to falling prices and a large glut of CBD isolate in the hemp industry. The Delta-8 trend is giving “processors an outlet for large inventories of CBD isolate that they accumulated,” said Ian Laird, CFO of Hemp Benchmarks.

It is attractive to both processors and retailers, as the compound is more cost-effective than CBD. In January, Delta-8 cost around $ 1,400 per kilogram, while the CBD isolate was selling for around $ 550 per kilogram.

While it’s difficult to determine the size of the market, as much of Delta-8’s sales occur online through untracked channels, Hemp Benchmarks estimates at least $ 10 million in sales over the past six months.

While many industry observers posit that the rise in Delta-8 can be attributed to consumers in states that have not legalized marijuana, hemp companies see a lot of sales even in states that are home to adult marijuana markets.

The reasons are numerous: State-licensed marijuana businesses are highly regulated and taxable. Delta-8 products do not have the same level of regulatory oversight or tax burden, reducing costs for consumers. People can order products online and receive them in the mail, which is prohibited for marijuana.

While some hemp retailers are seeing minimal effects from Delta-8’s surge on their CBD sales, small hemp growers like ImOberstag and Heath Scott are taking much bigger hits. ImOberstag began manufacturing Delta-8 products after nearly all of its wholesale customers said they were only interested in purchasing them. Scott, who runs 7 Point Farm & Apothecary in Tennessee, said he has seen a 50 percent drop in sales of CBD products.

High-quality coverage of one of the fastest growing industries in the country. Sign up for a free preview.

Scott will stay away from the complex for now. He has struggled with bank account closures and payment processing problems, and he fears that entering Delta-8 will only exacerbate those challenges.

Then there is regulatory uncertainty. The hemp industry must deal with ever-changing regulations, and Scott worries that a regulatory change is imminent.

“How do you invest in something that is so unstable?” He asked himself. “It is legal, until it is not.”

Still, he thinks Delta-8 is more than just a fad.

“I think it has benefits,” he said. “Give us some rules that we can work with.”

A challenge for regulators

The call for regulations is a familiar refrain in the CBD industry, which has been asking the FDA to offer regulatory clarity. But it’s not an easy task for regulators – much is still unknown about the chemical process of converting CBD into Delta-8.

And not only are there unknown by-products, producers who take shortcuts or just don’t know well can introduce impurities from the solvents and acids used in the process.

Another problem is the addition of flavoring additives or diluents, said TJ Sheehy, director of data and analysis for OLCC.

The agency issued new rules on additives in the wake of the vaping crisis, which will take effect in April. “None of that affects sales of Delta-8 products in corner stores,” Sheehy explained. “It is a black box that is being filled with anecdotal user experiences rather than real science.”

Then there is the problem of the lack of standardization of laboratory tests. “If I took [a hemp product] to 16 different labs, I’ll probably get 16 different results, “ImOberstag said.

Lab purchases occur in both the hemp industry and state-regulated marijuana, industry officials say, and growers choose laboratories that are more likely to give favorable results.

“If I have a [certificate of analysis] from Colorado, what if someone here [in Illinois] he buys it and they arrest him … and the police prove it? he said.

ImOberstag recently found a DEA licensed laboratory in Florida in the hopes that the stringent requirements will result in the most accurate results for its Delta-8 products. “I’m trying to find a way to be as legitimate as possible,” he said.

The problem has regulators concerned not only about consumer safety for adults, but also about sales to minors. The OLCC initiated the regulation for Delta-8 THC last week. The details are still up in the air, but regulators want to guarantee at least some level of purity in these products.

Regulated marijuana producers also express concerns about a product that competes with their industry, but lacks laboratory testing requirements. The Michigan Cannabis Manufacturers Association on Monday asked marijuana regulators to monitor Delta-8 products, describing their sales as “an immediate threat to the health of all Michiganians.”

Delta-8 is likely to spawn a “new iteration of the mosaic of state hemp laws,” said Shawn Hauser, president of the hemp and cannabinoids practice at the Vincent Sederberg law firm.

Legislators in various states are beginning to pay attention to these products.

In Oklahoma, for example, there is a bill that would include Delta-8 THC under the definition of “marijuana.” A Florida bill would regulate the sale of Delta-8 products and establish age limits and other restrictions. A California bill proposes taxes and labeling requirements on products that are psychoactive and are not naturally extracted from the cannabis plant.

But if history is any lesson, restrictions on Delta-8 THC can only lead to one thing: a boom in producing its nearly identical cousin – Delta-10 THC.