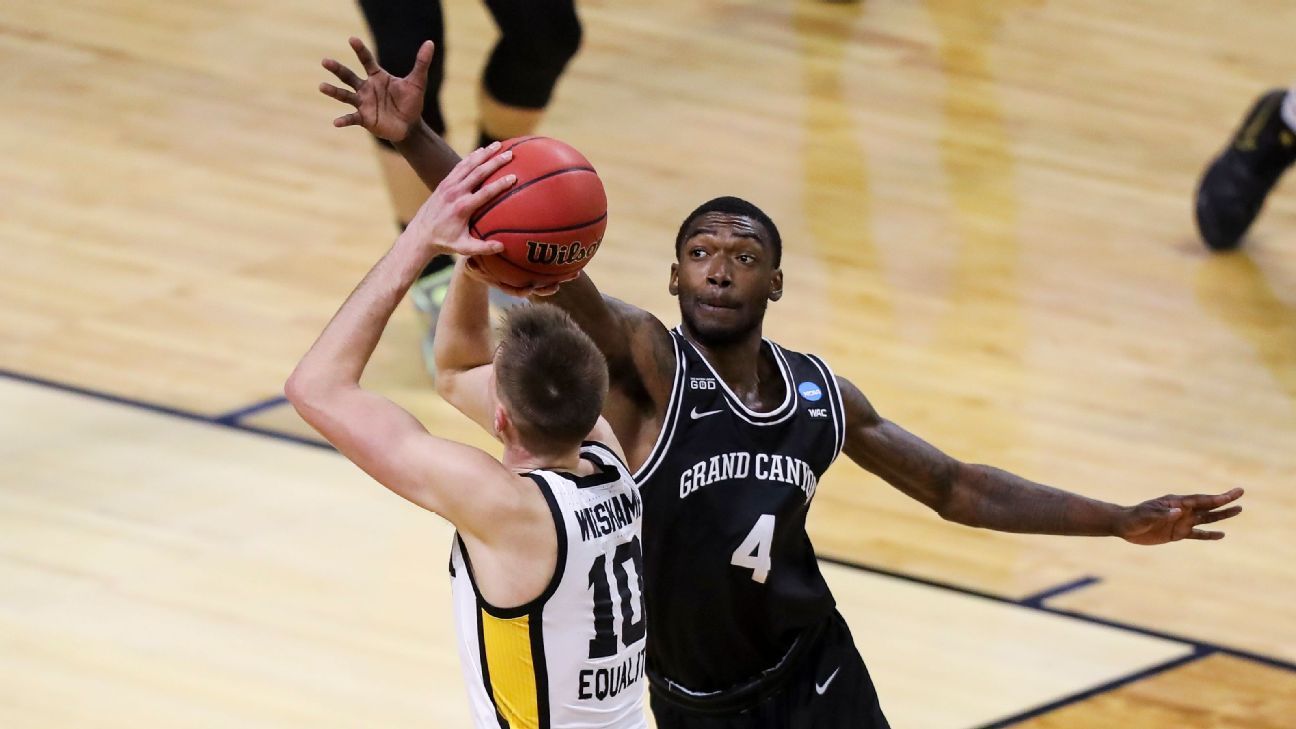 Grand Canyon detachment Oscar Frayer was killed in a car accident in Northern California early Tuesday morning, according to a school statement. He was 23 years old.

Frayer’s older sister, Andrea Moore, and a third person in her vehicle were also killed in the accident, the school confirmed.

Frayer, a 6-foot-6 senior guard / forward, started in the Grand Canyon’s 86-74 loss to Iowa in the first round of the NCAA tournament last week. He finished the game with eight points, five assists, three blocks and one steal.

It was his 107th start for the Antelopes.

Grand Canyon head coach Bryce Drew added in the team statement: “We love ‘O’. He was the heart of our team with his vibrant and energetic personality. I cannot put into words the pain and sadness that everyone We are sorry, but we know that he is in heaven and that gives us great joy to know that we will be together again. “

According to local authorities, a California Highway Patrol vehicle was struck from behind by the car Frayer was in when two officers were assisting a vehicle stranded on a highway near Lodi, California, around 2:30 a.m. am on Tuesday. Frayer’s vehicle collided with a tree and was engulfed in flames. The officers were taken to a local hospital with “serious injuries,” according to the California Highway Patrol, but both are expected to survive.

Frayer had already graduated and received his degree in communications. He was scheduled to participate in the school’s graduation ceremony next month.

His final message to his team on Twitter he said: “It’s love forever.”

People from across the basketball community in Oakland, California, where Frayer was a high school star, have expressed their condolences.

Liam Lloyd, one of Frayer’s teammates at GCU, said the senior he was her “older brother”.

Frayer was raised by his mother after his father died in a car accident when he was 7 years old. His Twitter bio reads: “Rest In Peace Daddy.”

The school will hold a “celebration of life” service at GCU Arena on Tuesday to honor Frayer and those in the GCU community who have lost their lives during the academic year.