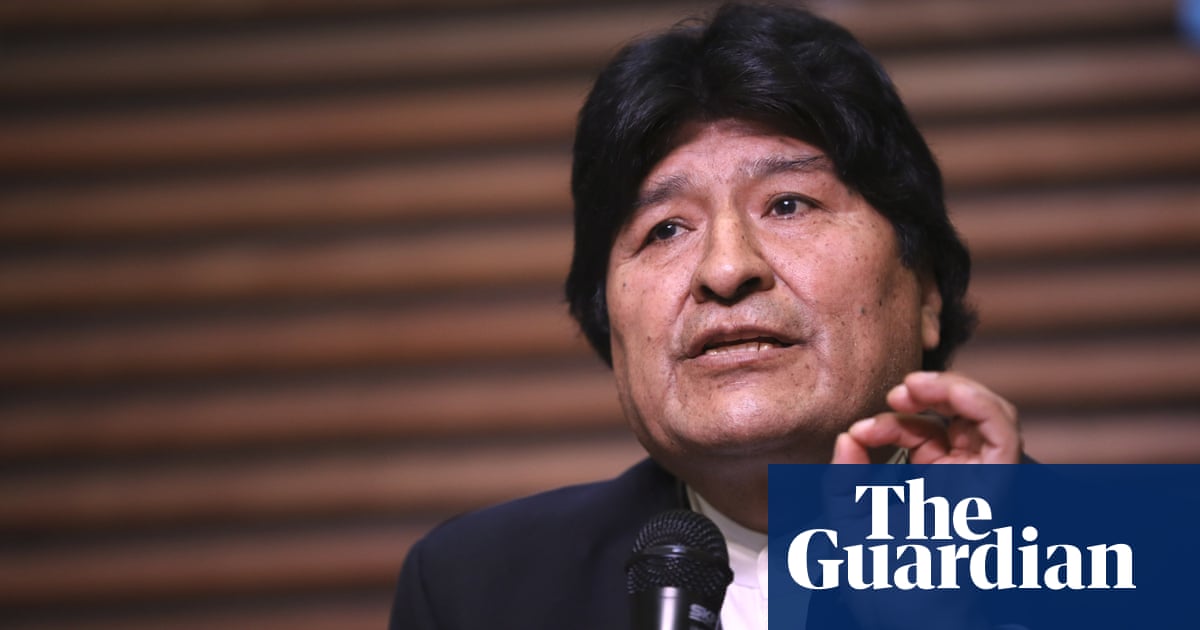 The report alleges that the administration of the US-backed Jeanine whoñez – who became the interim leader after Morel was deported last November – oversees a legal offensive against more than 100 people linked to Bolivia’s first indigenous president.

The group claimed that prosecutors accused some Morales backers of speaking to them over the phone on charges of terrorism.

Jose Miguel Vivanco, the US director of Human Rights Watch, said that ‘sñez’s government is trying to legalize a campaign against political enemies.

“The interim government is using the justice system as a weapon against Morales for political reasons,” he said.

“The whole idea of ​​Morales and his allies using the judicial system comes from above with hateful allegations like terrorism.”

Desireñez’s administration has been vocal about its desire to pursue the Morels, seeking the presidency over the chaos in last October’s election, street protests, a deadly military crackdown and subsequent electoral fraud claims. having had.

Morales resigned under pressure from security forces and fled to Mexico, in what supporters called a US-backed coup.

In an interview with the Guardian at the time, interiorñez’s interior minister, Arturo Murillo, vowed to keep Coca’s former farmer in jail, who was first elected in 2005.

“Any terrorist should spend the rest of his life in prison … Evo Morales or whoever,” Murillo said, vowing: “Evo Morales … there will never be a candidate for anything else in this country. “

One of South America’s poorest countries faces claims over an indefinite anti-Moral crusade.

The twice-adjourned Runaway of last year’s zero elections is scheduled to take place on October 18 and one of the world’s worst coronovirus outbreaks is still raging.

Bolivia’s official death toll is only 5,398, but the exact situation is likely to be resolved. Some areas have mobile crematoriums, while special police units have been tasked to collect corpses from homes, vehicles and sidewalks.

“Bolivia is in the most precarious position for 30 years,” said Jim Schultz, founder of the Bolivia-centered Center for Democracy.

Schultz said Bolivia where it failed to stop the epidemic has jumped from “fry to fire to fire” since the 2019 turmoil.

In second place with 17.1% is Carlos Mesa, former president of the center.

Áñez, who has been widely criticized for running after not doing it publicly, ranks third with 10.4%.

“It looks like Mass will win and I think they can win without scoring runs,” said Schultz. “If the rightists really wanted to stop the mess, they could have gathered around Mesa … but it involves a lot of egos.”

“Instead, what they got was a right, ideological government that took corruption and inefficiency to new heights when the country most needed a stable government with a virus.”