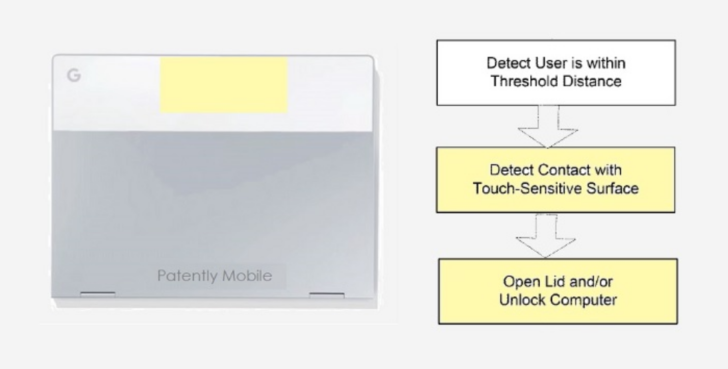 The Pixelbook was exhibited only about two months ago, but the technology industry is constantly evolving. That seems to be the case with this motorized Pixelbook cover that was seen in a patent. This cover would ensure that you would not have to exert so much physical force to use your laptop.

The patent was filed in the fourth quarter of 2013, although it was only granted last week. An accredited person is Ken Loo, a senior product design engineer who worked on the Pixel phone, Pixelbook, and as a lead engineer for Google's autonomous automotive sensors. 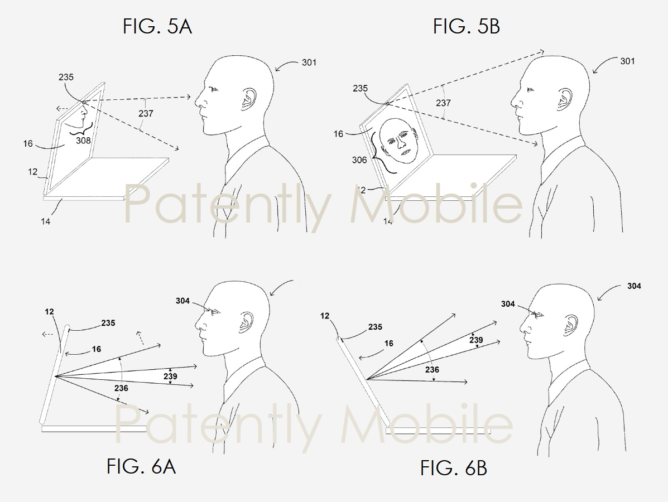 In theory, this is how the laptop's opening procedure would work: I would touch the touch screen (illustrated in yellow above) with a certain level of pressure or time duration, which would cause the hinge motor to open the lid. The front camera (or even several cameras / sensors) would follow his face and make the angle of the hinge optimal for his visual pleasure. Depending on the application, face unlocking could also be incorporated. 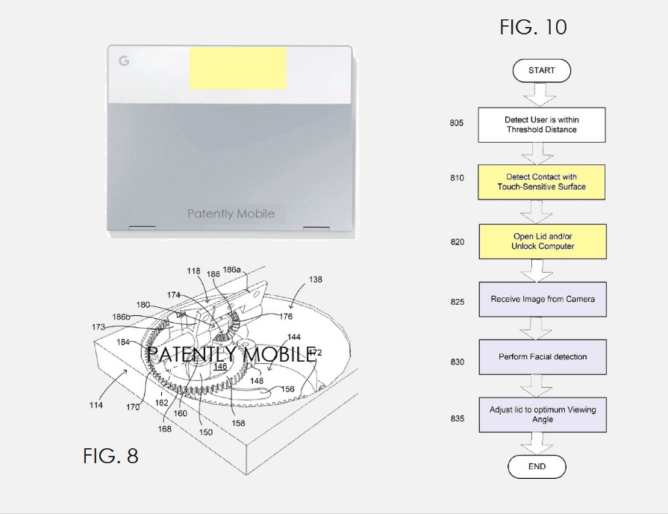 As you use Pixelbook, the viewing angle can still be adjusted to the position of your face, which could be useful for something like a video chat. The computer could even use a part of the body, a garment or an accessory to predict the location of your face. But if a face is not detected after x seconds, it would close and close. You could also close it by a certain movement in the touch panel. An ambient light sensor could be used to detect if the automatic unlocking feature of the laptop should be disabled.

Everyone makes a big fuss about Apple's perfectly weighted MacBook hinges that make them easy to open with just one hand. But will not that be a novelty once we can open the covers of laptops with a single touch?