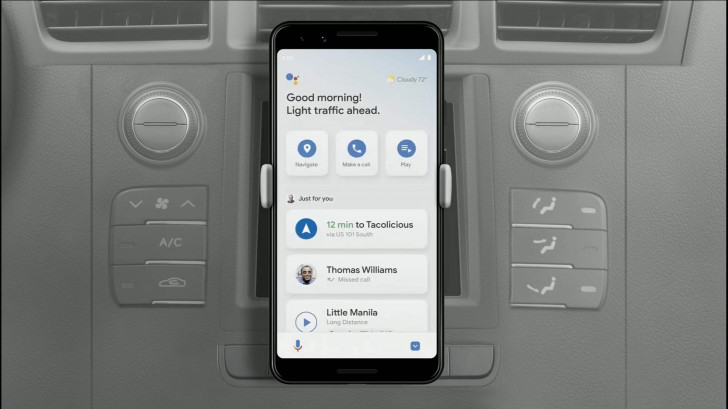 Google has been particularly slow with the implementation of the assistant driving mode, which was announced at I / O 2019 but only became available in late 2020. Even then, it was limited to users in the US. But that’s no longer the place to be. case, since Google now also makes the function available to users in other countries.

The official support page previously stated that it was only available in English in the US It now says that some features are “not available in all languages ​​or countries”, suggesting that it is rolling out in other countries as well; it does not specify which ones. However, we can confirm that the UK is one of them – one of our readers got it on their Pixel 5.

If you don’t know, Google Assistant’s driving mode is meant to replace Android Auto’s phone mode. It can help you read and send messages, make calls, and control media with your voice so you don’t have to leave the navigation screen.

To check if you have received the assistant driving mode, open Google Maps and go to Settings> Navigation Settings> Google Assistant Settings. If so, this should lead you to a new dashboard for Driving Mode. Otherwise, it will open the Assistant’s general settings screen that you can access from various other Google apps.

Google has finally shed light on which countries the assistant driving mode is rolling out to. At the time of writing, English Android users in Australia, Great Britain, Ireland, India, and Singapore should be able to access the preview.

If you don’t reside in any of the countries listed and want to try this, you can try changing your phone’s language to English (US). This worked for our own Rita, who currently lives in Lebanon.