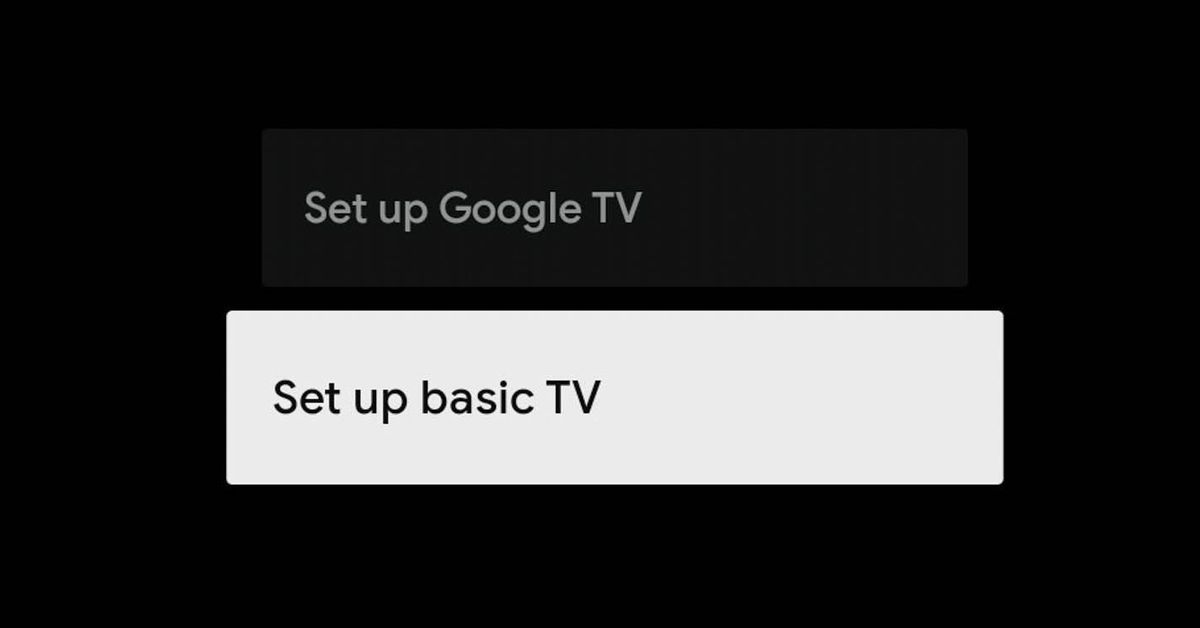 Google TV, the latest attempt by the TV software search giant, will include a new “Basic TV” mode that removes the smart features of a TV in favor of providing simple access to live TV and HDMI inputs. 9to5Google reports. It’s a potential boon for anyone who has ever wanted to simplify their smart TV because they prefer an external streamer or because they value privacy.

Google TV debuted on the new Chromecast, where it offered a new interface based on Google’s existing Android TV software, but will soon be offered as embedded software for TCL and upcoming Sony TVs.

According to 9to5Google, you can select the “Basic TV” mode in the settings. Doing so removes applications from the operating system, content recommendations, and Google Assistant support. It is possible to return to the standard interface at any time, but the selection of the basic mode can only be done in the settings. Unfortunately, it’s unclear exactly what the interface will end up looking like, as the developer-focused ADT-3 dongle 9to5Google tested the on mode does not have the required live TV or HDMI hardware. We also don’t know how basic mode will affect data collection.

A Google spokesperson confirmed 9to5Google that mode is a feature of Google TV specifically, rather than Android TV 12.

There are many reasons why people may want to remove all the intelligence from a smart TV. Many users rely on set-top boxes from Apple, Roku, or Amazon for their streaming content, and a mirrored interface built into their TV just gets in the way. Others may want to continue using a TV long after developers have stopped supporting their software and apps, at which point it helps to be able to narrow it down to the bare essentials to improve performance. Or maybe you just don’t like the idea of ​​using a smart TV given its history of tracking everything you watch.