Gold of Venezuela: the High Court of the United Kingdom rules against Nicolás Maduro

July 2, 2020 U.S. Comments Off on Gold of Venezuela: the High Court of the United Kingdom rules against Nicolás Maduro 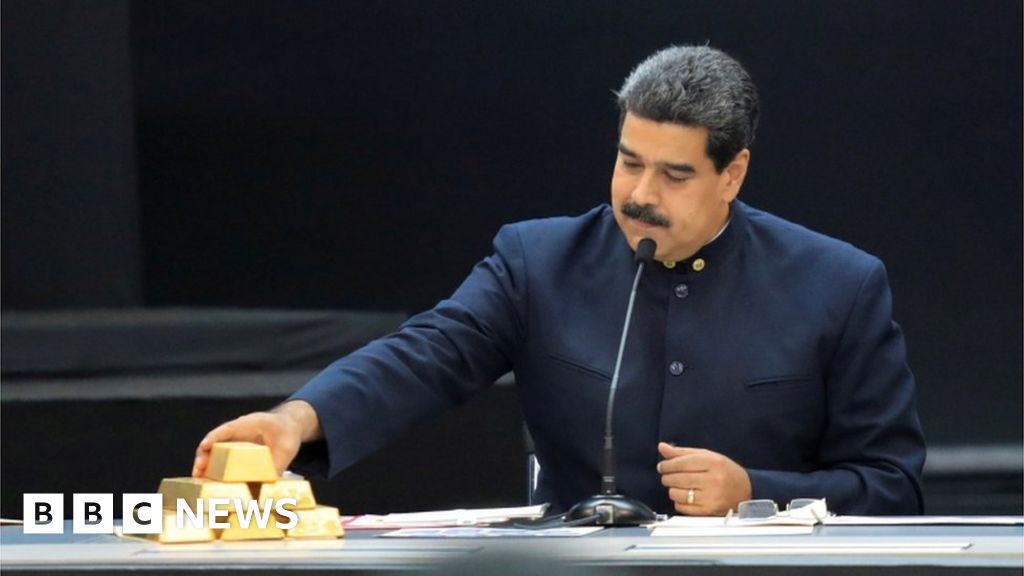 The High Court of the United Kingdom ruled against the Venezuelan government in a legal battle over access to $ 1 billion (£ 820 million) of gold stored at the Bank of England.

He said the United Kingdom had “unequivocally recognized opposition leader Juan Guaidó as president,” instead of President Nicolás Maduro.

The ruling comes after the government brought legal action against the bank to try to force it to release the gold.

It is a hard blow for the administration with liquidity problems of Maduro.

Lawyers for the Venezuelan central bank controlled by Maduro, which presented the case, said they would appeal against the ruling.

Gold is being held by the Bank of England (BoE) following British and American sanctions against the Maduro government.

Why was the High Court in London involved?

The Bank of England said it was caught in the middle of two rival gold claims, one from the Maduro government and one from Maduro’s rival Juan Guaidó, who declared himself interim president of Venezuela last year.

Maduro’s government said it wanted gold to finance its fight against the coronavirus pandemic.

But Guaidó asked the Bank of England not to turn the gold over to the Maduro government, arguing that it would be used for corrupt purposes.

Therefore, the Bank of England has asked the Supreme Court to decide who the UK government recognizes as Venezuelan President, Maduro or Juan Guaidó.

Why are there doubts about who is the president?

Nicolás Maduro was re-elected for a second six-year term in May 2018 in highly controversial elections, which most opposition parties boycotted.

His reelection was not recognized by the Venezuelan opposition-controlled National Assembly, which called Maduro a “usurper” and argued that the presidency was vacant.

Citing articles in the constitution that in such cases require the leader of the National Assembly to intervene, Juan Guaidó declared himself acting president.

Guaidó was recognized as the legitimate president by more than 50 countries, including the United Kingdom. But President Maduro, who withheld the support of China and Russia, among others, argued that he was the constitutional president and that he would continue to be.

President Maduro has remained in the presidential palace and has control over the police and army, as well as other key institutions, such as the electoral body and the supreme court.

What did the court say?

He added that “there was no place for the recognition of Guaidó as de jure president and Maduro as de facto president.”

Another attorney for the Venezuelan Central Bank said Thursday’s ruling completely ignored “the reality of the situation on the ground” and said the Maduro government was “in complete control of Venezuela and its administrative institutions.”

Why Venezuela’s gold in the UK?

The Bank of England is the second largest gold holder in the world, with approximately 400,000 gold bars, only the New York Federal Reserve has more.

It has one of the largest gold vaults in the world and prides itself on not having stolen gold in its more than 320-year history.

Central banks of various nations use it to store their national gold reserves, and Venezuela is one of them.

Why does the Maduro government want its gold now?

Despite the country’s oil riches, Venezuela’s economy has been in free fall for years due to a combination of mismanagement and government corruption, further exacerbated by international sanctions.

Since Venezuela produces very little apart from oil, it needs to import goods from abroad, for which it needs access to foreign currency.

But with oil production a fraction of what it was, Venezuela’s foreign currency reserves have declined.

Maduro’s government resorted to selling some of the gold reserves held in Venezuela’s central bank to its allies in Turkey, Russia and the United Arab Emirates.

But the United States, which does not recognize the administration, last year warned “bankers, brokers, merchants, and facilitators” not to deal with “gold, oil, or other Venezuelan products stolen from the Venezuelan people by the Maduro mafia.”

Venezuela reportedly continued to sell gold to its ally Iran, which is also under U.S. sanctions, but even so its international reserves hit a 30-year low earlier this year, figures from Venezuela’s central bank revealed.

He urgently needs foreign exchange and sees the gold stored in the Bank of England vaults as the solution.

He says he wants the funds to be transferred to the United Nations Development Program (UNDP) to manage the purchase of supplies such as medical equipment to fight Covid-19.