Global Gender Gap Report 2017: Being a woman in India worse now than before

India slips 21 locations to a lowly 108, lagging behind China and even Bangladesh.

#GENEVA/NEW DELHI A decade of gradual however regular progress in direction of higher parity between the bades has come to a screeching halt if the statistics given by the World Economic Forum (WEF). According to the WEF Global Gender Gap Report 2017, the gender hole has, actually, widened globally.

The proportion of “unpaid work” per day in terms of girls is much greater than for males. On common 66 per cent of girls’s work is unpaid, says the report.

Hindering the space between gender parity, India slipped 21 locations on the Global Gender Gap index to a lowly 108, behind neighbours China and Bangladesh, primarily because of much less participation of girls within the financial system and low wages.

Moreover, India’s newest rating is 10 notches decrease than its studying in 2006 when the WEF began measuring the gender hole.

According to the report, India has closed 67 per cent of its gender hole, lower than lots of its worldwide friends, and a few of its neighbours like Bangladesh ranked 47th whereas China was positioned at 100th.

“A decade of slow but steady progress on improving parity between the bades came to a halt in 2017, with the global gender gap widening for the first time since the WEF’s Global Gender Gap Report was first published in 2006,” it mentioned.

At the present charge of progress, the report says office gender divide will take 217 years to shut. 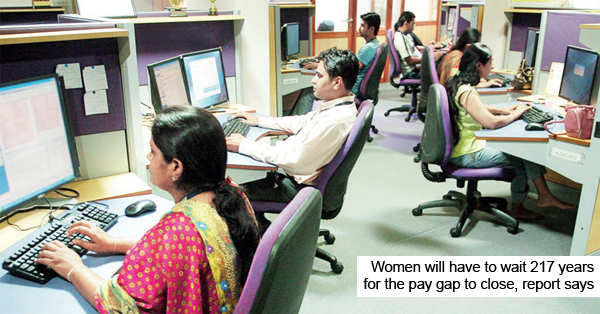