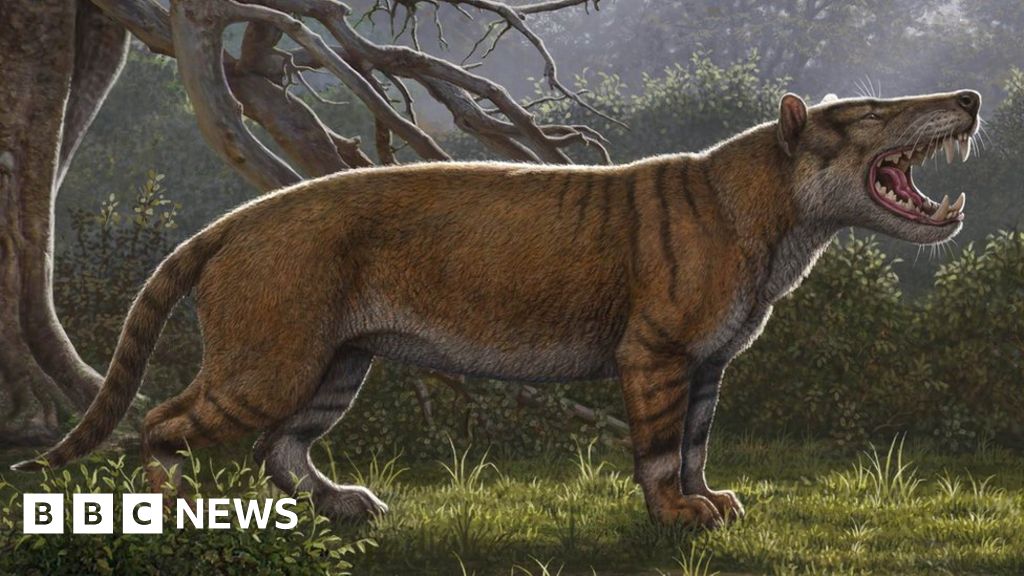 A new species of giant mammal was identified after researchers investigated bones that had been stored for decades in a drawer of a museum in Kenya.

But the huge creature was part of a group of now extinct mammals called hyaenodontos.

The discovery could help explain what happened to the group.

The hyaenodontos, so called because their teeth resemble those of a modern hyena, were dominant carnivores more than 20 million years ago, according to National Geographic.

But they are not related to hyenas.

"Based on his huge teeth, Simbakubwa was a specialized hyper-carnivore that was significantly larger than the modern lion and possibly larger than a polar bear," AFP news agency quoted researcher Matthew Borths as saying.

In 2013, he was investigating at the National Museum of Nairobi when he asked to see the contents of a collection called "hyenas", says National Geographic.

The jaw of the creature and other bones and teeth had been placed there after being found in an excavation in western Kenya in the late 1970s.

Mr. Borths partnered with another researcher, Nancy Stevens, and in 2017 they began to badyze the unusual fossil specimens.

Their findings were published in the Journal of Vertebrate Paleontology this week.