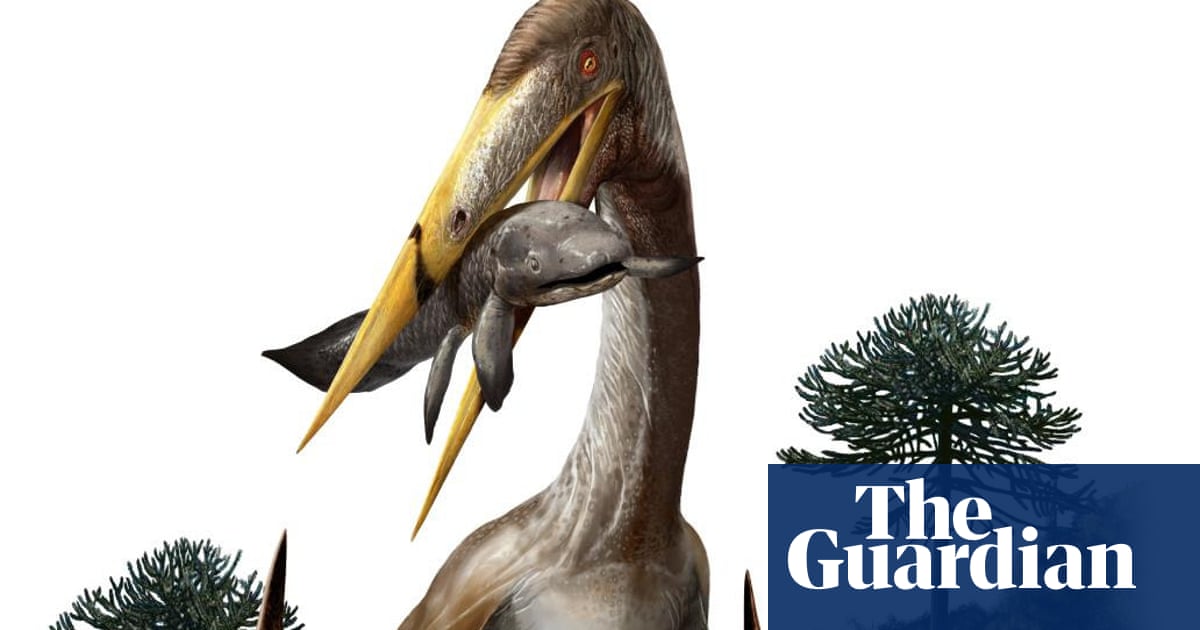 Pterosaurs, one of the first and largest vertebrates to learn to fly, have often been viewed as the genius cousins ​​of the infamous Tyrannosaurus rex.

Now scientists have discovered the 100-million-year-old secret to the flying pterosaur’s success: a neck longer than a giraffe.

Paleontologists at the University of Portsmouth have been stumped at how gigantic flying azdarchid pterosaurs have managed to hold onto their slender necks as they take off and fly while carrying heavy prey.

But thanks to new CT scans of intact remains, discovered in Morocco, the mystery has been solved.

The findings, published in iScience, show a complex image of spoke-like structures arranged in a helix around a central tube within the neck vertebra, similar to that of a bicycle wheel.

This intricate design is said to demonstrate how these flying reptiles had evolved to support their massive heads that are often over 1.5 meters tall.

Scientists suspect that this “lightweight” construction offered strength, without compromising the pterosaurs’ ability to fly.

Dave Martill, a professor of paleobiology at Portsmouth, said: “It is unlike anything previously seen in a vertebra of any animal. The neural tube is positioned centrally within the vertebra and is connected to the outer wall through a series of thin rod-shaped trabeculae, arranged radially like the spokes of a bicycle wheel and arranged helically along the vertebra.

“They even intersect like spokes on a bicycle wheel. Evolution transformed these creatures into amazing and incredibly efficient aviators. “

The researchers had originally set out to study the shape and movements of the pterosaur’s neck, but they took advantage of the offer of a CT scan to look inside.

The analysis shows that as few as 50 of the “rays” in the pterosaur’s neck could lead to a 90% increase in resistance to buckling.

Cariad Williams, the first author of the report, said: “These animals have ridiculously long necks and, in some species, the fifth vertebra of the head is as long as the body of the animal.

“It makes a giraffe look perfectly normal. We wanted to know a little about how this incredibly long neck worked, as it seems to have very little mobility between each vertebra. “

The researchers say that thanks to these remains from North Africa, they now want to answer basic questions, such as the flight abilities of pterosaurs, which can have a wingspan of up to 12 meters.

Martill said: “What was absolutely remarkable was that the internal structure was perfectly preserved. So was the structure of bone cells when we examined it under the microscope. As soon as we saw the intricate pattern of radial trabeculae, we realized that something special was happening. “