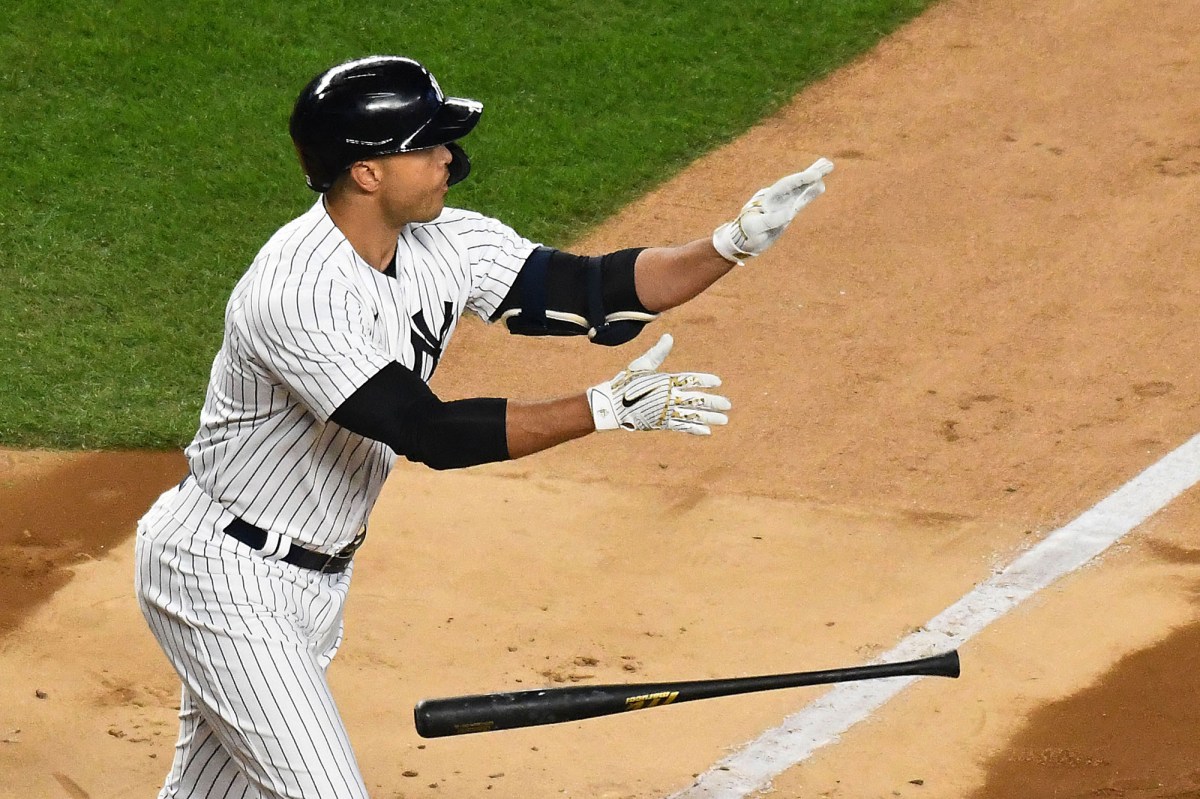 With one swing, and the look and the bat that followed, Giancarlo Stanton breathed a huge sigh of relief at Yankee Stadium.

The Yankees slugger had been booed as early as Opening Day and again in the first inning on Monday, as he remained hitless for an offense that also got off to a slow start. But in the fifth inning, he eased those concerns as quickly as his 471-foot shot to the moon hit the deck in left-center field.

Stanton turned the boos into roars from the crowd of 9,008 when he smashed a grand slam to open the game and send the Yankees to a 7-0 victory over the Orioles on Monday night.

Jordan Montgomery was ready, pitching six scoreless innings with seven strikeouts, snapping an Orioles lineup that was coming off a Red Sox sweep in Boston. The Yankees’ pitching staff had been solid for the first three games, but had only one win to prove due to a lack of career support.

However, the big bats finally began to emerge, with Stanton leading the charge and Aaron Judge adding his first home run of the season, after Gary Sanchez had been responsible for the Yankees’ only two long balls in the first three games.

Stanton’s blast came with two outs in the fifth inning, interrupting his 0-for-10 start. Aaron Hicks, who was on his own 1-for-14 streak at the start of the season, had just walked with the bases loaded. to put a 2-0 lead on the Yankees. Stanton then landed a 92 mph fastball through the middle of Shawn Armstrong and ignited it, leaving no doubt with a 115.1 mph missile that he looked down as he flew into the stands for a 6-0 lead.

After starting the season 4 of 24 with runners in scoring position, the Yankees went 3 of 5 on Monday, including an RBI single by DJ LeMahieu to increase the lead to 7-0 in the sixth inning.

Manager Aaron Boone had said he didn’t want the Yankees to chase hits because of the cold start and they seemed to indulge, staying patient and getting seven walks.

It turned out that Judge’s solo home run in the fourth, which hit the small right-field porch for a 1-0 lead, would have been enough for Montgomery. The southpaw was dominant and efficient in his first start of the year, needing just 73 pitches to make six innings. Only one batter reached third base, with two outs in the fifth, but Montgomery left him safely stranded there.

Luis Cessa followed with two scoreless innings and Aroldis Chapman, making his debut after serving a two-game suspension, struck out sideways in the ninth.