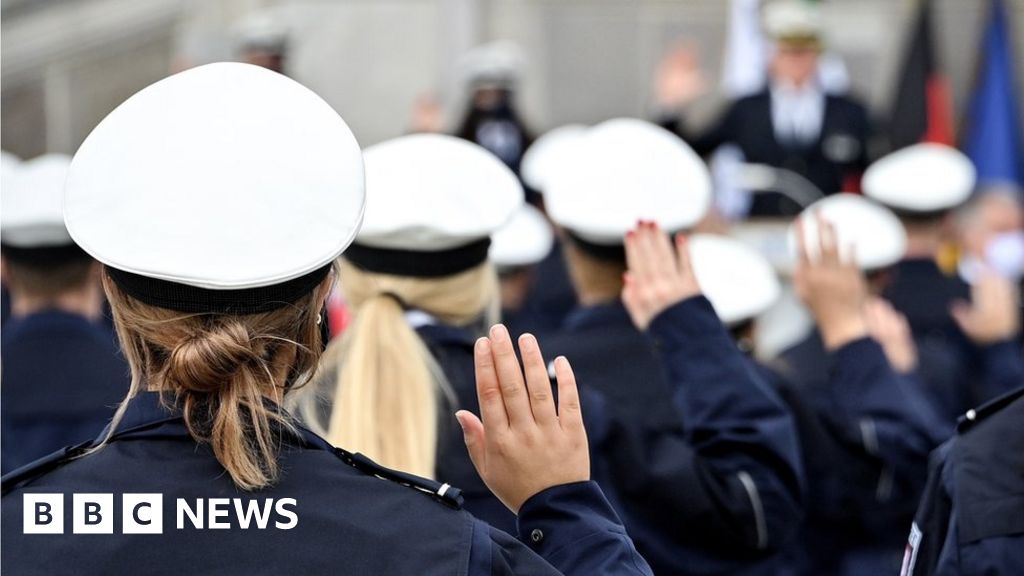 Twenty-nine German police officers have been suspended for sharing photographs of Adolf Hitler and for depicting refugees in gas chambers on their phones.

NRW Interior Minister Herbert Reul said it was a “disgrace to the NRW Police”.

This follows several other incidents of remote extremism among German security services.

More than 200 police officers were involved in the raids on 34 main police stations and private houses associated with the 11 main suspects. Authorities are said to have shared more than 100 neo-Nazi images in WhatsApp groups.

Rull said, “This is the worst and most repulsive way of hatred.”

“I am embarrassed and ashamed where most of the suspects were based,” said Frank Richter, the police chief of the city of Essen. “Words are hard to find.”

Mr. Reul has now launched an investigation into the extent of extremism among the state police.

“Right-wing extremists and neo-Nazis have no place in the North Rhine-Westphalia police, our police,” he said, and the officers had to show a “crystal clear political profile” that was far from perfect.

Germany’s police and security services have faced accusations that they are not doing enough to root out extremists within their ranks.

In July, prosecutors said they arrested a former police officer and his wife who are suspected of making threats to well-known people of immigrant backgrounds, including several illegal Turkish legislators.

The email was signed to “NSU 2.0”, a reference to the “National Socialist Underground” neo-Nazi gang that committed 10 racist murders between 2000 and 2007.

The scandal has already seen the resignation of Hesse State Police Chief Udo Muncha after police computers were used to trace the details of a leftist politician who later received threatening emails.