German warship lost on Norwegian seabird after 80 years of sinking 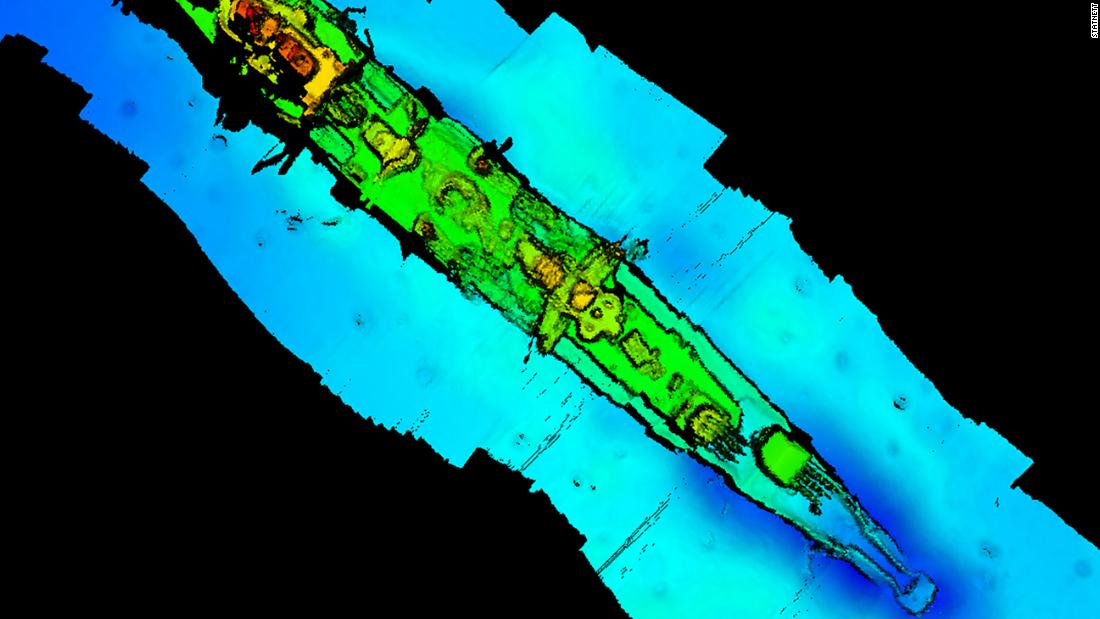 StatNet, a Norwegian state-owned power grid operator, made a surprising discovery of a lost Karlsure cruiser, about 1,600 feet (488 m) below sea level.

The vessel, which is 571 feet long and still holds the Nazi swastika, led an attack on the country’s southern Norway town of Kristiansand in April 1940.

During the operation it was engulfed by Norwegian artillery, torpedoed by a British submarine and eventually submerged by the Germans themselves according to a Statnet statement.

In September 1939, when World War II broke out seven months ago, Norway declared itself neutral. Hitler ordered his invasion on 9 April 1940, and German troops quickly captured Oslo, Bergen, Trondheim and Narvik. Supported by Allied forces, the Norwegian army attempted resistance, but the Nazis eventually took control in June 1940 until liberation in April 1945.

“You can trace the fate of Karelsure in the history books, but no one knows where the ship sank,” said archaeologist and researcher Frode Clavallo of the Norwegian Maritime Museum in a statement quoted by Statnet.

“Furthermore, it was the only large German warship lost during an attack on Norway with an unknown condition. After all these years we finally know where the cemetery of this important warship is”, Kvalø said.

“With a main battery of nine cannons in three triple bastions, it was the largest and most frightening ship in the attack group against Kristiansand.”

Signs of the wreck were first found during inspection work three years ago, when Sonar detected a shipwreck 15 meters from an under-sea power cable between Norway and Denmark.

Then this summer the firm’s senior project engineer, Ole Peter Höberstadt, conducted further investigations from an offshore vessel called the Olympic Taurus. He and his team used multi-beam echo sounders and a remote operated vehicle (ROV) to examine the scene.

“When the results of the ROV showed us a ship that was a torpedo, we realized that it was from a war. As soon as the cannons appeared on screen, we understood that it was a big warship. We were very excited and surprised. That the wreck was so big., “Hoeberstadt said.

Further research into the ship revealed more about its fate according to Statnet.

In the same year in a book published as the Nazi Invasion, German Rear Admiral Otto Schenk wrote about the dense fog at the time. He described how the boat caught fire after being boarded in a boat near Christiansand, before later being hit by a British torpedo. It was then sunk by order of the German Captain.

“It’s rare and extra fun for us to find such a special war wreck, which works with underwater investigations,” Hobberstein said.