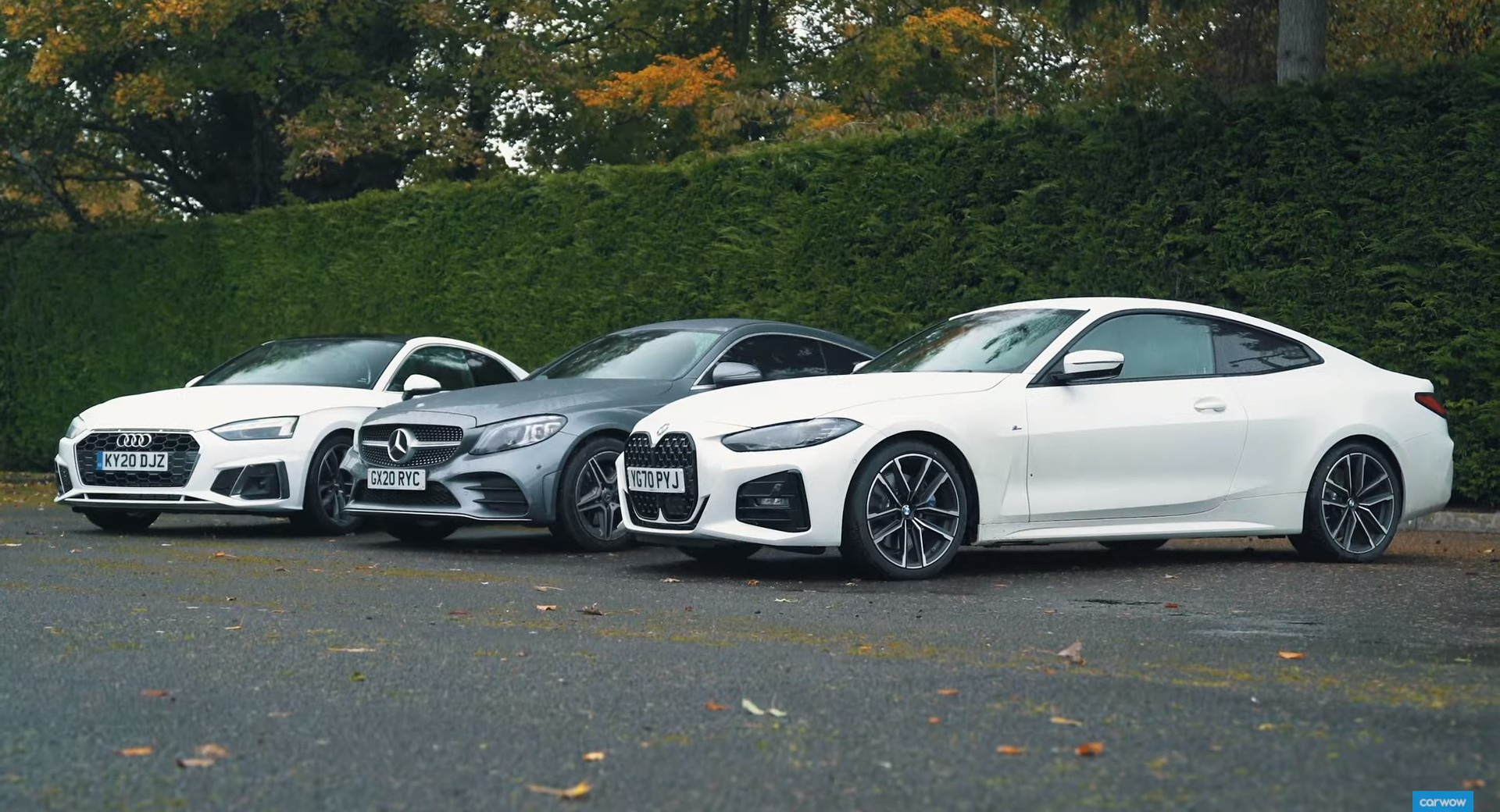 Chances are, if you’re interested in a reasonably practical, reasonably sporty, 2 + 2 coupe, you’re looking at Germany. In this scenario, you are probably looking at the Mercedes C-Class, Audi A5 and BMW 4-Series.

So which one should you get? CarWow of Britain put the three models face-to-face on a deserted British day, to see if it was the brightest for host Matt Watson.

They also make the same amount of horsepower. In 4-cylinder form, the BMW and Merc make 255 hp, while the Audi has a slightly higher grunt at 261 hp.

If you want a little more power, however, you can opt for the 6-cylinder versions. That said, to get a 6-cylinder these days, you have to even estimate the performance of the branded model. Either way, the S5 makes 349 hp, the M440i makes 382 hp, and the AMG C43 makes 385 hp.

However, in the video, this is the mileage version of the three and seems to be the FWD version of the A5. Under that guise, Watson calls the A5 very capable, but less than thrilling, the C-Class fun, but slightly impractical, and the 4-Series fun and practical.

So, it seems, the only knock against the 4-Series is that the new grille. If you can see it, you are in a fabulous car shop. Since we’re talking about the grille, let’s compare Watson to BMW’s Lady Gaga.

His comparison calls it “not beautiful, but warm”. This is a very old car review trope that plays into a long-standing sexist tradition of comparing and contrasting women’s cars. I understand analogies are one thing, but to ignore the constant equation of products for men in terms of objectification and the near-constant equation for women, as if they were designed equally for our consumption and enjoyment Is bad.

But I do not disagree with Watson’s assessment that the grille is not entirely terrible. It is like the smell of gas. not good. But also appeal?