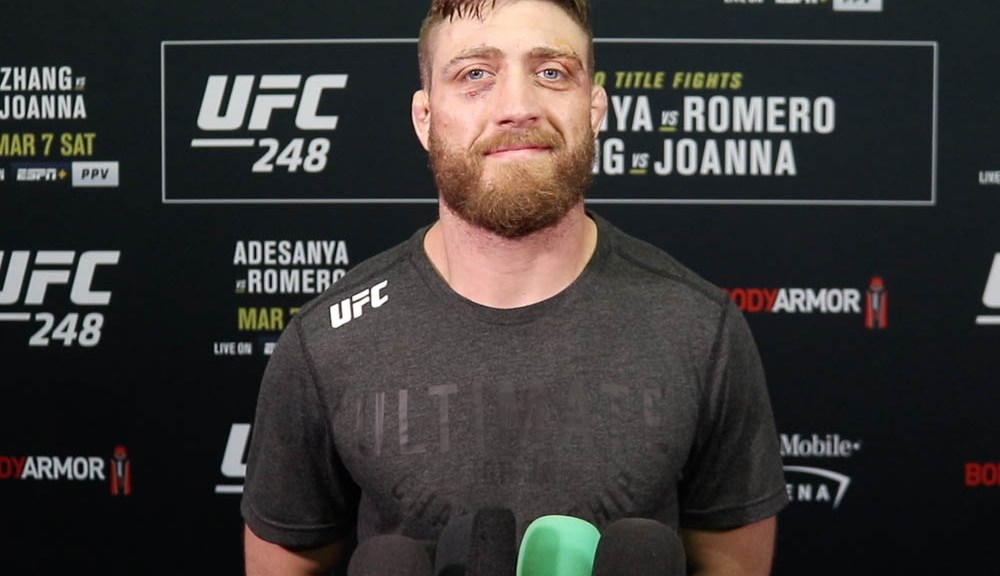 Gerald Meurschart is not an admirer of some of Khamzat Cheimaev’s decisions that are ahead of his middleweight clash.

Veteran players take undefeated chances into Saturday’s UFC main card on ESPN + 36 in Las Vegas. Meerschaert (31–13 MMA, 6–5 UFC) has made it clear that he does not like that Chimaev and the UFC already have a future with Damien Maia before watching what happens in the UFC on ESPN + 36. Compared to.

Now, you can add a run-in Meerschaert to the list that the two contestants said at the UFC’s host hotel. Meerschart at the UFC on ESPN + 36 Media Day said that Chimev tried to shake the pot when the two saw each other.

“We passed each other in the hallway very quickly and he tried, I think he was trying to talk trash with me,” Meurschart said. “He just kept saying, ‘Don’t talk too much,’ and I was kind, ‘yeah, okay.’ We have been fighting since Saturday, so we are not going to do anything now because I want to make money.

“I don’t know what his deal is and not only that, but I don’t think it’s a great thing for Flex when you got all your friends with you and stuff. I had a guy with me and his There was a group of people together. I get it, you don’t have to like me, I don’t like you, but let’s save it for the cage. ”

Either way, Mirshurt believes that the encounter reaffirmed that Chimavu is on Saturday night to wake up, which would spoil his future plans.

“It’s one thing if you put names to name, people have done this before, or even you really want to fight often and if you can get another one in two months, but that Naming dates and names and he is really trying to set. His next few fights. Which annoys me unfairly. ”