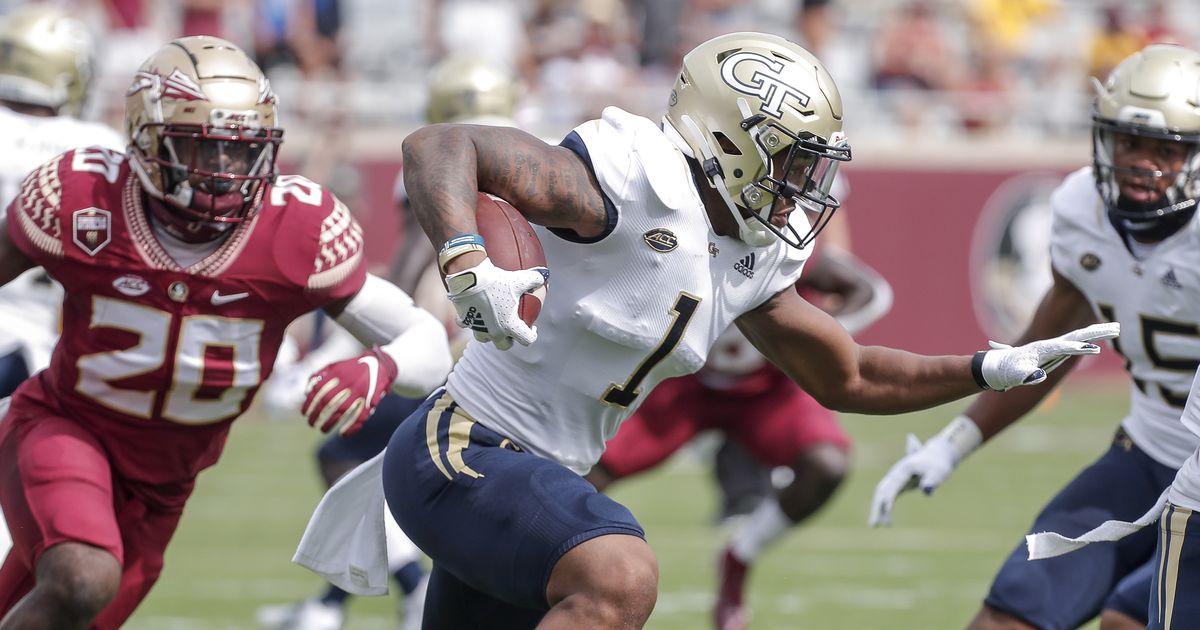 After an up-and-down start in the first half, when he finished off two promising drives with interceptions and threw about a third, Sims shone in the second half, standing in a cold spot in the pocket and passing on goal. Of firing. Among them, wide receiver Malachi Carter had a 15-yard touchdown pass to tie the score 13-13 with 13:17 left in the fourth quarter. He completed 24-for-35 passing for 277 yards, with one touchdown and two interceptions. According to Sports-reference.com, it was the most perfection in a technical quarterback’s game since 2005.

Following the talk of a kicking Jude Kelly after a kicking touch – blocked – the third miss of the game for a Freshman walk-on, blocked after two field-goal tries in the first half – Ryan scored at FSU. Spade on the right side of the line broke the ball loose from Blackman, with lineback David Curry picking up the fumble and returning 19 yards to the FSU 11-yard line.

From there, Kelly came in from 32 yards out to give the Jackets their first lead of the game at 16-13, following a rocky start.

The Jackets won by sidelining four key players – TK Chimedza, defending defensive end Antonius Clayton, leaving Zaheem Gibbs and cornerback Tre Swilling behind. Chemedza and Swilling are returning starters, with Clayton expected to start after relocating from Florida last year and Gibbs to prepare for his eager start. Gibbs was on shore, but not dressed.

Safety Tarik Carpenter, a two-year starter, did not play in the second half after leaving the game after a collision with FSU wide receiver Tamerian Terry.

The Tech defense, which struggled for the quarterback last season, racked up three sacks and limited the Seminoles to three points in the second half. Tech averaged 307 yards on offense from FSU (0-1, 0-1), allowing fewer than one jacket in all games last season.