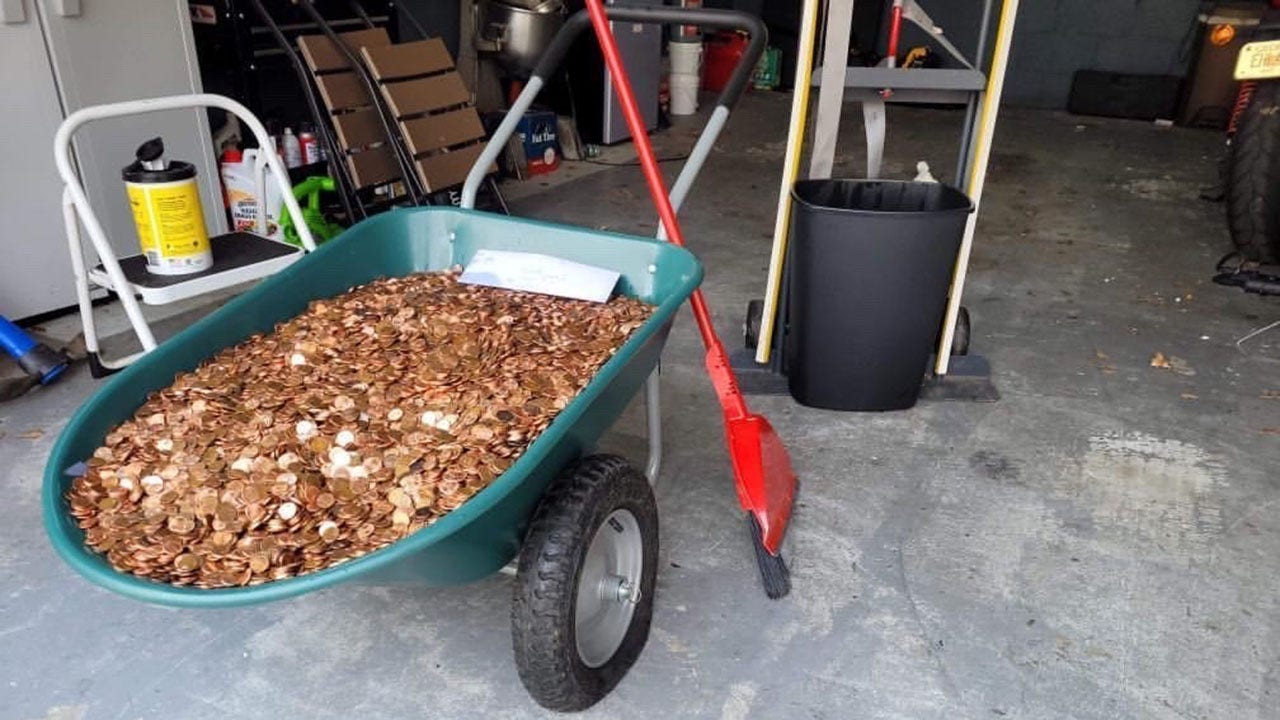 A Georgia man who was having trouble receiving the last paycheck from his employer was surprised to discover its equivalent in pennies dumped in his driveway earlier this month.

Andreas Flaten of Fayetteville had quit his job at A OK Walker Luxury Autoworks of Peachtree City in November 2020.

He told local WGCL-TV that he had been at the auto repair shop for a year, and that he had known his boss Miles Walker for eight years, but that the “toxic” working conditions had “taken their toll.”

He gave his two-week notice, writing a resignation letter to Walker, who allegedly promised that Flaten’s last $ 915 check would be paid in January.

But, come January, the check never came and Flaten said his former boss accused him of damages.

He even called the Georgia Department of Labor for help on the matter, without much luck.

Months later, Flaten and his girlfriend, Olivia Oxley, were leaving their house when he noticed something at the end of his driveway: more than 91,000 cents covered in oil or grease and an envelope with his last pay stub that was addressed with a message. explicit. : “For you!”

The pennies weigh more than 500 pounds in total, according to Fox 5 Atlanta, breaking the wheels on Flaten’s wheelbarrow.

Shocked by the incident, Oxley took to social media with videos of the scene and wrote on Facebook that “no one like this deserves to have [a] Successful business.”

Flaten called the measure “childish” and noted that cleaning up the pennies “would be a lot of work” for the money he had already earned.

Now, he spends his nights cleaning the coins for hours so he can collect them.

Oxley declined to comment to Fox News on Thursday, explaining that the couple would focus their energy on finding resources so they could get a “real payment” for Flaten’s final check.

The place where the pennies were dumped (Credit: Olivia Oxley)

Walker spoke briefly to WGCL-TV, stating that he did not know whether or not he did leave the pennies at Flaten’s house.

“I really don’t remember,” Walker told the television station. “It doesn’t matter that you get paid, that’s all that matters.”

Walker went on to call Flaten a “dick.”