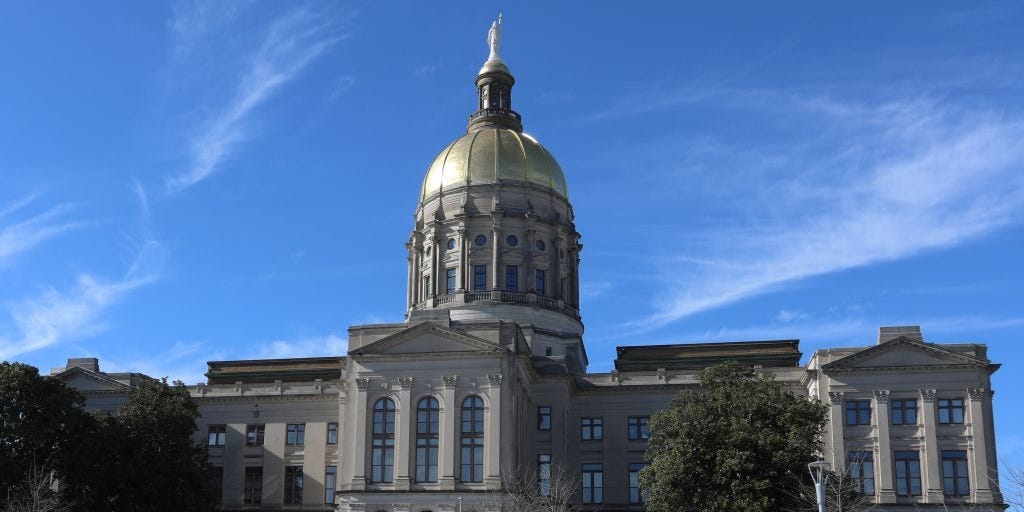 Cannon was arrested after knocking on Kemp’s door.

Kemp, a Republican, was announcing the signing of the bill on a live broadcast when he was interrupted by Cannon, a Democrat. Cannon’s arrest was also caught during a live broadcast, as the legislator was joined by others who came to the state Capitol in Atlanta to protest the bill.

According to a statement provided to Insider by the Georgia State Patrol, Cannon kept knocking on the door after receiving instructions to stop.

Videos posted on Twitter showed the time of the arrest. Cannon can be seen talking to a police officer who is standing between her and the door. She takes a step back from the door, before approaching again to knock and is immediately arrested by two officers.

Others present immediately begin to protest the arrest, and one asks, “Arrested for what? For trying to see something our governor is doing?”

“Our governor is signing a bill that affects all Georgians and are you going to arrest an elected representative?” the person said.

Police said Cannon was booked into the Fulton County Jail and charged with obstruction of law enforcement, a felony, and preventing or disrupting General Assembly sessions or meetings of members, a misdemeanor. .

US Senator Raphael Warnock visited Cannon while she was being held in jail, her office said. CNN.

Cannon’s office did not immediately respond to Insider’s request for comment.

Kemp’s controversial ballot reform bill expands early voting in most counties and requires identification for voting by mail, among many other changes.

It also prohibits volunteers from delivering supplies, including food and water, to voters waiting in long lines and prohibits most uses of mobile voting buses.