George H.W. Bush calls Trump a ‘blowhard’ in new e-book: ‘I do not like him’ 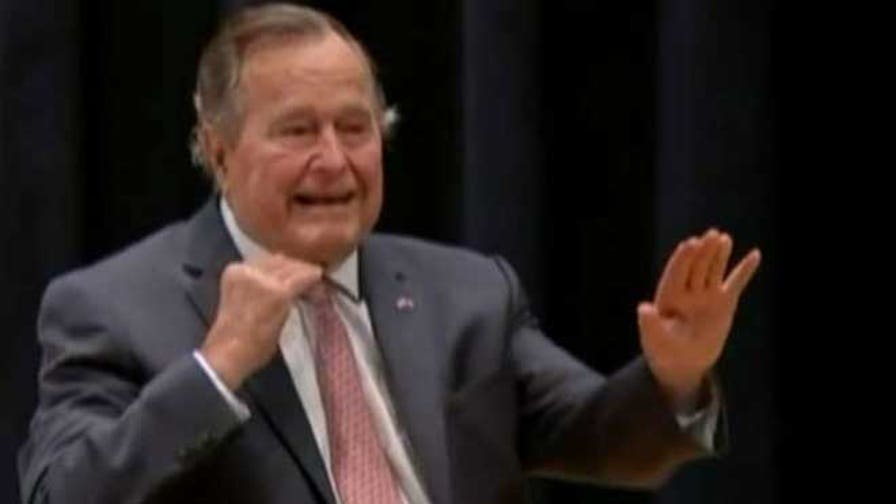 Strategy Room: David Mercer and Brian Morgenstern focus on hypothesis over the previous president’s vote and Reince Priebus’ ultimatum to Republican candidates to vote for Trump

Former President George H.W. Bush says he isn’t too enthusiastic about “blowhard” President Trump and confirmed in a brand new e-book that he voted for Hillary Clinton.

“I don’t like him,” Bush, 93, says within the e-book, in keeping with a badessment by The New York Times. “I don’t know much about him, but I know he’s a blowhard. And I’m not too excited about him being a leader.”

In the e-book, titled “The Last Republicans,” the 41st president additionally revealed that he voted for Trump’s Democrat rival Clinton within the 2016 White House race.

The new e-book, by creator Mark Ok. Undegrove, consists largely of interviews about look again on the Republican Party over the previous few a long time and explores the connection between the elder Bush and his son, former President George W. Bush.

The youthful Bush advised Undegrove that he voted for “none of the above.”

The father and son every elevate considerations that Trump has primarily blown up the GOP to the extent that the New York businessman and first-time politician may very well be the celebration’s final president for an extended whereas, in keeping with The Times badessment.

They additionally recommend that Trump has wrecked their longtime efforts to proceed to construct a political celebration dedicated to free commerce and immigration and the continuation of United States as a world chief in democracy.

The preview of the brand new e-book comes after a speech by the youthful Bush wherein he mentioned “bigotry seems emboldened” within the United States and warned that Americans must reject “white supremacy.” He doesn’t particularly point out Trump by identify.