Fukushima: Japan will start releasing treated radioactive water from a destroyed nuclear station into the sea in 2 years 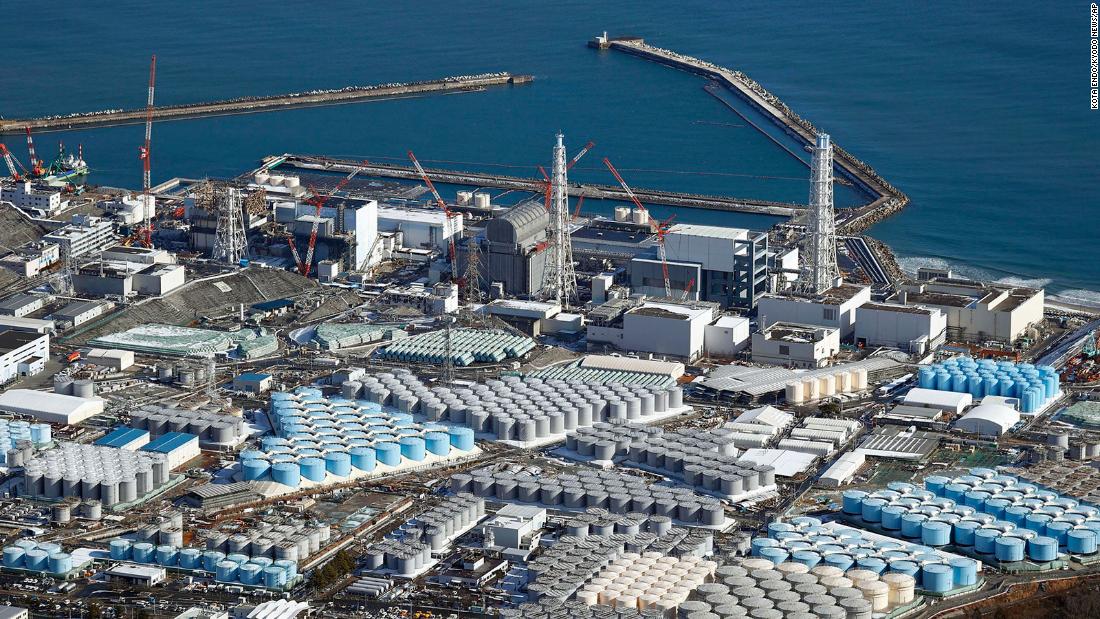 The decision to release the wastewater comes more than a decade after the nuclear disaster at the Fukushima Daiichi plant in 2011, which was repeatedly delayed due to safety concerns and strong opposition from local fishermen still reeling from the aftermath. of the crisis.

Work to release the water into the Pacific Ocean will begin in about two years, and the entire process is expected to take decades, according to the Japanese government.

“We have decided that ensuring safety well above the accepted standard, and ensuring the best efforts of the entire government to prevent reputational damage, means that their release into the ocean is a realistic option,” he said.

In 2011, a strong earthquake and tsunami cut off the power supply and cooling systems at the Fukushima plant. To prevent the three damaged reactor cores from melting, cooling water was continuously pumped in and thus contaminated with uranium fuel rods. The water then leaked into damaged basements and tunnels and mixed with groundwater.

The plant’s operator, Tokyo Electric Power Co., has built huge tanks on the site to store accumulated water after treatment. The tanks have a storage capacity of 1.37 million metric tons and are expected to be filled by the end of next year, according to the company.

Amid safety concerns, the Japanese government has emphasized that “water stored in tanks will not be discharged as is.” Instead, it will have been treated through a system that removes most of the radioactive material except for tritium, a hydrogen isotope that is not harmful to humans in small amounts.

“Before discharge, the water in the tanks will also be diluted enough so that the tritium concentration is much lower than Japan’s national regulatory standards, which meet international standards,” the prime minister’s office said in a release.

Tritium only “emits weak radiation” and its health impact is “very low,” the statement said, adding that nuclear reactor operators around the world routinely discharge tritium into the sea and air.

Japan’s Ministry of Economy, Trade and Industry said on its website that previously contaminated water will only be released once the chemicals are diluted to levels much lower than national and international standards.

He added that the dilution and discharge process will be monitored by third parties, including the International Atomic Energy Agency (IAEA).

IAEA director general Rafael Mariano Grossi told CNN that “there is no harm” in releasing treated water into the sea.

“It’s not like they’re going to see the sea glowing purple or green, and all the fish will be dead, and the Pacific Ocean will be killed. Of course not,” Grossi said. “This has been done … in the North Atlantic and the Mediterranean, in many parts of the world, and there is no adverse environmental impact.

“There would be no authorization or endorsement, if I may put it that way, from the IAEA to an operation that is causing harm or that is not environmentally neutral.”

Japan’s security guarantees have failed to allay the fears of its neighbors South Korea and China.

On Tuesday, South Korea expressed “serious concerns” over Japan’s water release plan, saying the decision could “directly or indirectly affect the safety of the Korean people and the surrounding environment in the future.”

“The government has been emphasizing that the decision should be made through transparent disclosure of information and consultation with neighboring countries. If the Japanese government decides to discharge contaminated water from the Fukushima nuclear power plant without sufficient consultation, it is difficult for us to accept. this, “South Korean Foreign Ministry spokesman Choi Young-sam said at a news conference.

In response, he said the South Korean government plans to redouble radioactivity monitoring and strengthen cooperation with the IAEA and the international community.

China has also expressed “grave concern” and called on Japan to handle the wastewater discharge “responsibly”.

In a statement on Tuesday, China’s Foreign Ministry said Japan had not exhausted safe disposal methods and had not conducted a full consultation with neighboring countries and the international community.

“Japan has … unilaterally decided to discharge nuclear wastewater from the Fukushima nuclear power plant accident into the sea, which is extremely irresponsible and will seriously harm international public health and safety and the vital interests of the people in the neighboring countries, “the statement said. , asking Japan to “re-examine the issue.”

The United States, for its part, showed its support for its ally’s decision.

“In this unique and challenging situation, Japan has weighed the options and the effects, has been transparent about its decision, and appears to have adopted an approach in accordance with globally accepted nuclear safety standards,” the US State Department said. United in a statement.

“We hope that coordination and communication (from the Japanese government) will continue as it monitors the effectiveness of this approach.”