From beer to flat-pack furniture, Suez Blockage offers a snapshot of global trade 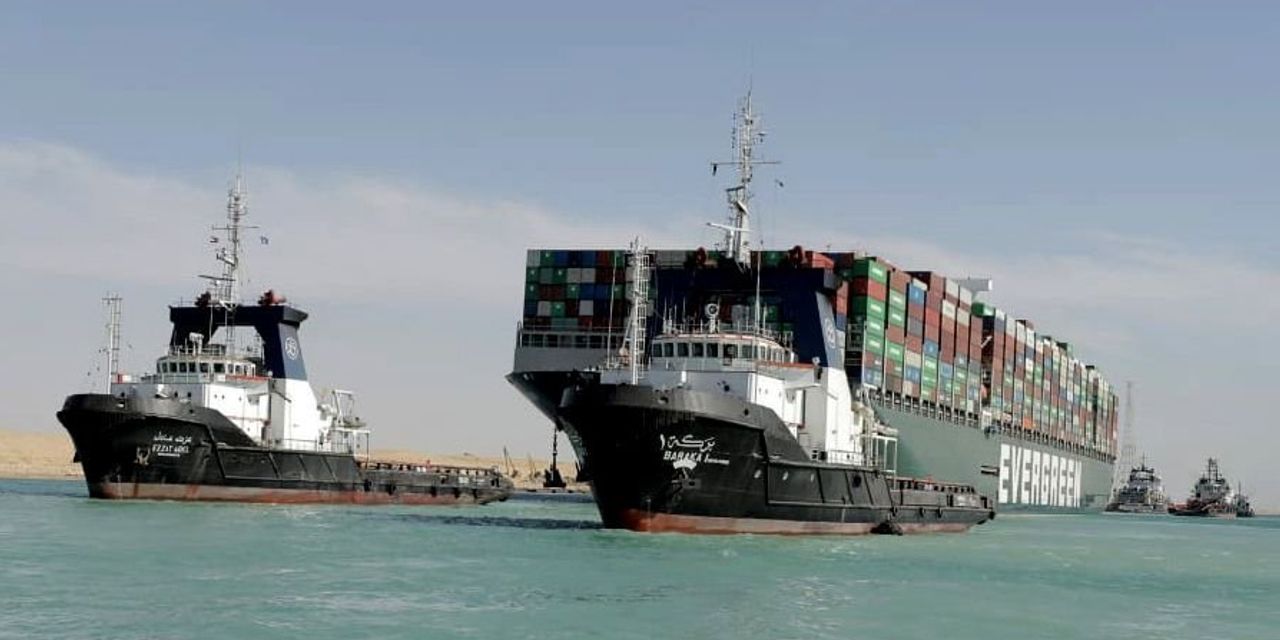 The bottleneck created when the Ever Given container ship got stuck in the Suez Canal stranded shipments from auto parts and dairy to beer and luxury goods on their way to markets in Europe, the United States and Asia.

Maritime tracking data shows the cargo trapped by last month’s lockdown as a snapshot of global trade that is generally constantly on the move. The various products in the containers illustrate the distant nature of modern supply chains and show how transportation problems on one side of the world can affect the production of goods and inventories in stores thousands of miles away.

The delayed shipments by Ever Given included dozens of containers from Asia loaded with goods for flat-pack furniture giant IKEA, as well as some European-bound clothing shipments for Tommy Hilfiger and Calvin Klein owner PVH Corp. , according to the companies. The crisis also slowed down some shipments destined for ports on the east coast of the United States, such as industrial machinery and auto parts.

Ships backed at both ends of the Suez during the blockade carried the equivalent of at least 66,480 containers of cargo delayed by the crisis, and shipments of household goods and personal products from Asia and India to Europe and the United States accounted for almost one third. of volume, according to an analysis by supply chain software provider E2open LLC.

All containers in the assessment are in 20-foot equivalent units, or TEUs, an industry standard measurement for shipping.

The shipments included common goods such as consumer products made in China along with the equivalent of more than 11,000 20-foot containers, transporting waste paper from the US to India, more than 1,600 boxes containing auto parts. that went from Germany to China and 641 packed containers. with beer from the Netherlands, the nameless brands, on the way to China.

Those figures reflect shipments delayed to April 1 for the portion of ocean freight tracked by E2open’s Inttra shipping platform, which connects shipping lines, carriers and freight forwarders. The platform manages bookings for approximately 26% of global ocean freight and provides visibility into the movement of approximately 40% of such shipments.

As of April 1, the delayed cargo tracked by E2open included the equivalent of 1,863 20-foot containers of department store merchandise en route to the U.S. from China and 1,519 containers of logs and wood products heading from Belgium to China.

Featured news and in-depth analysis of the world of logistics, from supply chain to transportation and technology.

The Suez blockade also stopped 362 20-foot containers of Indian pharmaceutical exports to the United States, along with 570 of furniture and 476 of granite products. Those delays could potentially hamper drug production or slow construction in the red-hot American real estate market, said Pawan Joshi, executive vice president of products and strategy at Austin, Texas-based E2open.

“We see a lot of industrial machinery and parts heading from China and India to places like France, the Netherlands and the UK,” Joshi said. “We have also seen a lot of fresh produce in the opposite direction, from Europe to Asia … [and] approximately 10 million cases of beer, 250 million bottles retained. “

The traffic jam on the waterway has been cleared, according to Suez Canal authorities, but many shipments will arrive at their destinations between one and three weeks late. Industry executives warn that late arrivals could lead to traffic jams in congested European ports, including Rotterdam in the Netherlands and Antwerp, Belgium, which could disrupt supply chains for months.

Those ports and many others around the world were already congested as supply chains became unbalanced during the pandemic.

The crisis in Suez came as the ports of Los Angeles and Long Beach in California had been struggling for months with lengthy delays, with some ships waiting offshore for up to two weeks for berth space at key US gateways. That reserve increased to about 40 container ships at one point, and 28 were anchored off the coast on Sunday, according to the Marine Exchange of Southern California.

Thus, shippers transporting goods from Asia to the US had already been looking for alternative routes to avoid the two choke points, heading to other ports on the west coast or the Panama Canal, said Glenn Koepke, senior vice president. FourKites customer success story.

“The US market was already challenging,” he said.