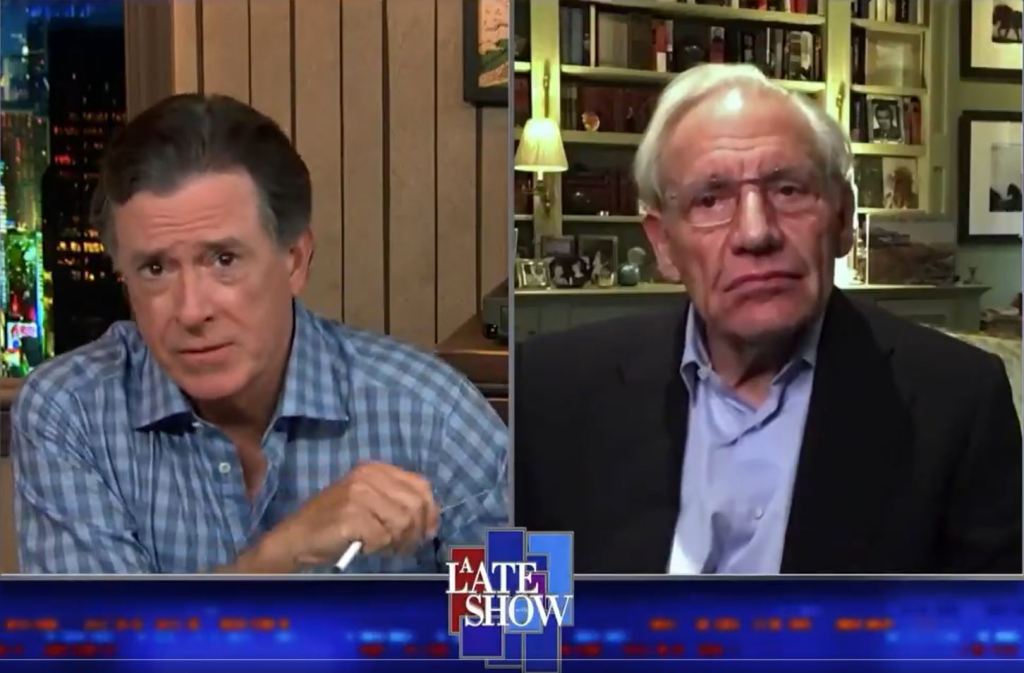 Woodward tells Colbert and us that the recording was made on April 13 during a call from the Oval Office. Watch the audio in the tweet below.

Trump relates a story a few days ago that he was “meeting with 10 people in the Oval Office and one man sneezed innocently. Not terrible – just a sneeze. The whole room went out, okay? Including me.” , by the way

Cut to Colbert: “Now I know he’s finally making light there,” he says, “but there’s something exceptionally shocking at its heart.”

Woodward agrees and wonders what might have happened during Sunday night’s election rally in Nevada if someone in the front row had sneezed. “I wonder… if Trump will bail again and get out of the way,” he said.

Woodward’s Book Streets Tuesday. Expect more drips and drums from her interview with Potash 45 to continue to emerge.

tonight! In a late show EXCLUSIVE, journalist @realBobWoodward Shares a new recording of his interviews with Trump that reveal the president’s failures even more to protect the American people from coronaviruses. #LSSC pic.twitter.com/Aib8E6ngUO