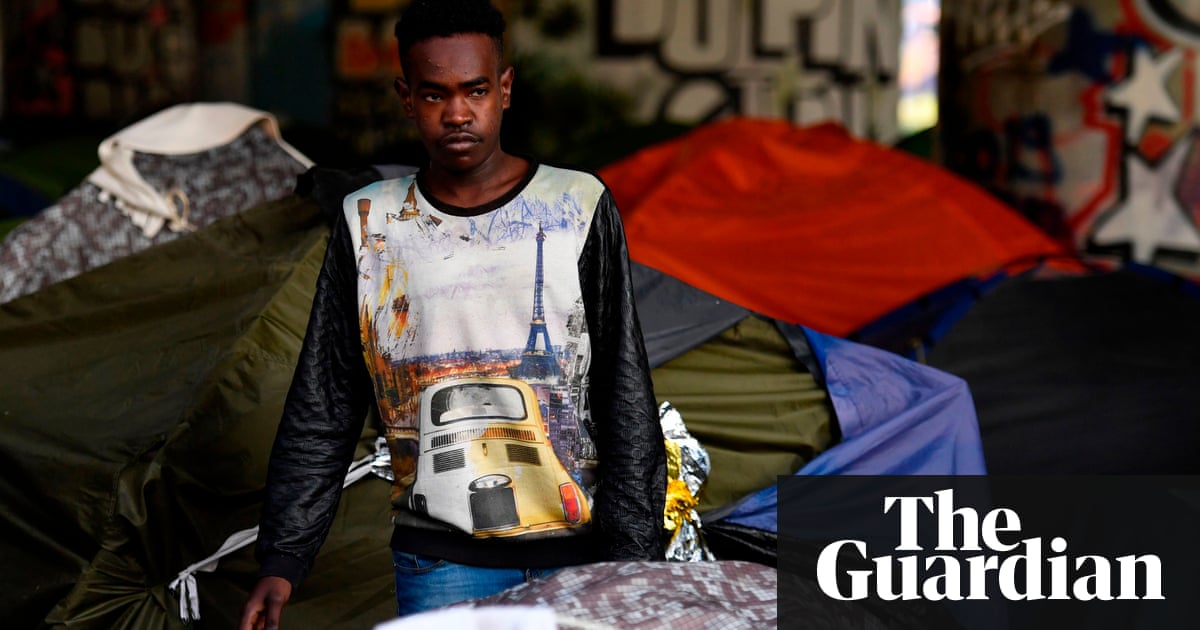 French riot police have evacuated more than 1,000 immigrants and refugees from one of the largest makeshift camps in Paris, where they had been sleeping for months in miserable conditions.

Hundreds of homeless people were taken by bus to temporary shelters on Wednesday. Among them were women, children and unaccompanied minors.

More than 2,000 migrants and refugees slept on the sidewalks under bridges and cbads in the north of Paris, with little access to running water, no showers and few temporary toilets, in what doctors and relief groups described as "conditions health catastrophes. "

There has been a biting political dispute since the Paris socialist mayor, Anne Hidalgo, accused the government of Emmanuel Macron of not providing state aid for the large number of people who slept in the capital.

Around 6 a. M., Riot police arrived at the largest camp, where more than 1,700 people have been sleeping under the bridge of a highway along the Saint-Denis cbad.

Tranquiles and refugees boarded buses with small bags of belongings before stores were destroyed The Ministry of the Interior said that people would stay in a temporary shelter while their documents and administrative situation were reviewed.

Many of those who had been sleeping harshly came from Sudan, Somalia and Eritrea, and had made dangerous crossings of the Mediterranean after the arrest and ill-treatment in Libya.

Additional camps along the cbad and at Porte de la Chapelle, where hundreds more are sleeping on the streets, are expected to be eliminated in the coming days.

The Paris City Council said that those transferred to the refuge included more than 900 men and 87 vulnerable persons such as women, children and unaccompanied minors.

Local authorities said the dawn operation was the 35th police eviction from the camps in Paris in the past three years. There has been a cycle of tents that were evacuated and destroyed. But homeless migrants and asylum seekers who have no other solution often quickly establish a camp elsewhere in the city in miserable places that become increasingly remote.

Pierre Henry of the aid group France terre d 'asile said: "This is a matter of dignity, street camps should not exist in our country."

Paris has long been facing problems of migrants and asylum seekers sleeping irregularly, separated from the problems around Calais, where a makeshift camp of up to 8,000 people was dismantled 18 months ago.

The immigration law proposed by Macron, which is currently being examined by the French Senate, seeks to criminalize the illegal crossing of borders and streamline asylum application processes and expel people who can not request asylum. Aid groups have argued that the plan does not establish a long-term system to receive and provide shelter for those arriving in France.