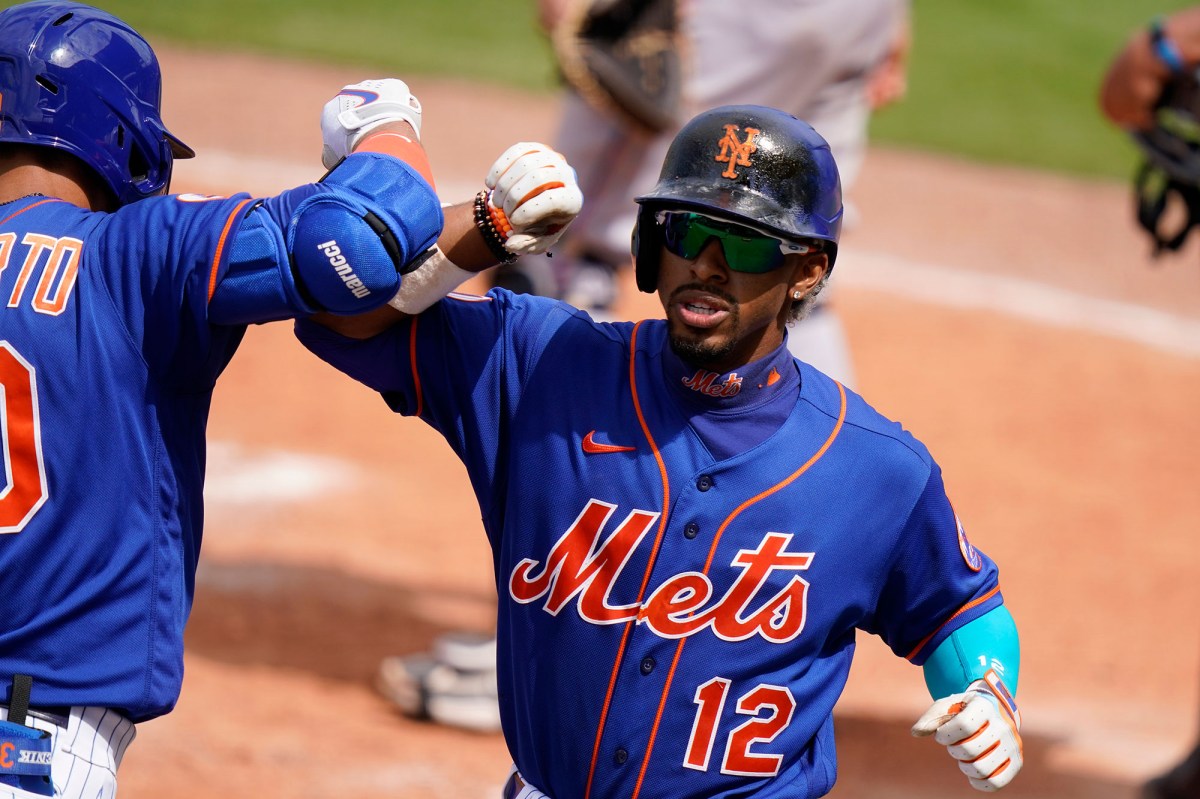 Observations of the Mets’ 5-3 Spring Training win over the Marlins at Clover Park on Tuesday.

Francisco Lindor hit his fourth home run in his last five games, leading the Mets’ 5-3 exhibition win. The shortstop also doubled as part of his 3-for-4 performance and owns a 1,074 OPS in the Grapefruit League. Lindor and the Mets continue to discuss a possible contract extension.

Marcus Stroman allowed three runs and nine hits in five innings. The Marlins scored all of their runs against the right-hander in the fourth and fifth innings while increasing their pitch count to 76.

Mike Piazza, at camp this week as a special instructor, worked with Kevin Pillar on swing mechanics before the game. Pillar was 2-for-4 against the Marlins and raised his Grapefruit League average to .324.

Taijuan Walker is the scheduled starter against the Cardinals at Jupiter. Others scheduled to pitch for the Mets include Dellin Betances, Miguel Castro and Jeurys Familia.