Francis Ngannou beats Alistair Overeem through Vicious in the first round KO at UFC 218 – tech2.org 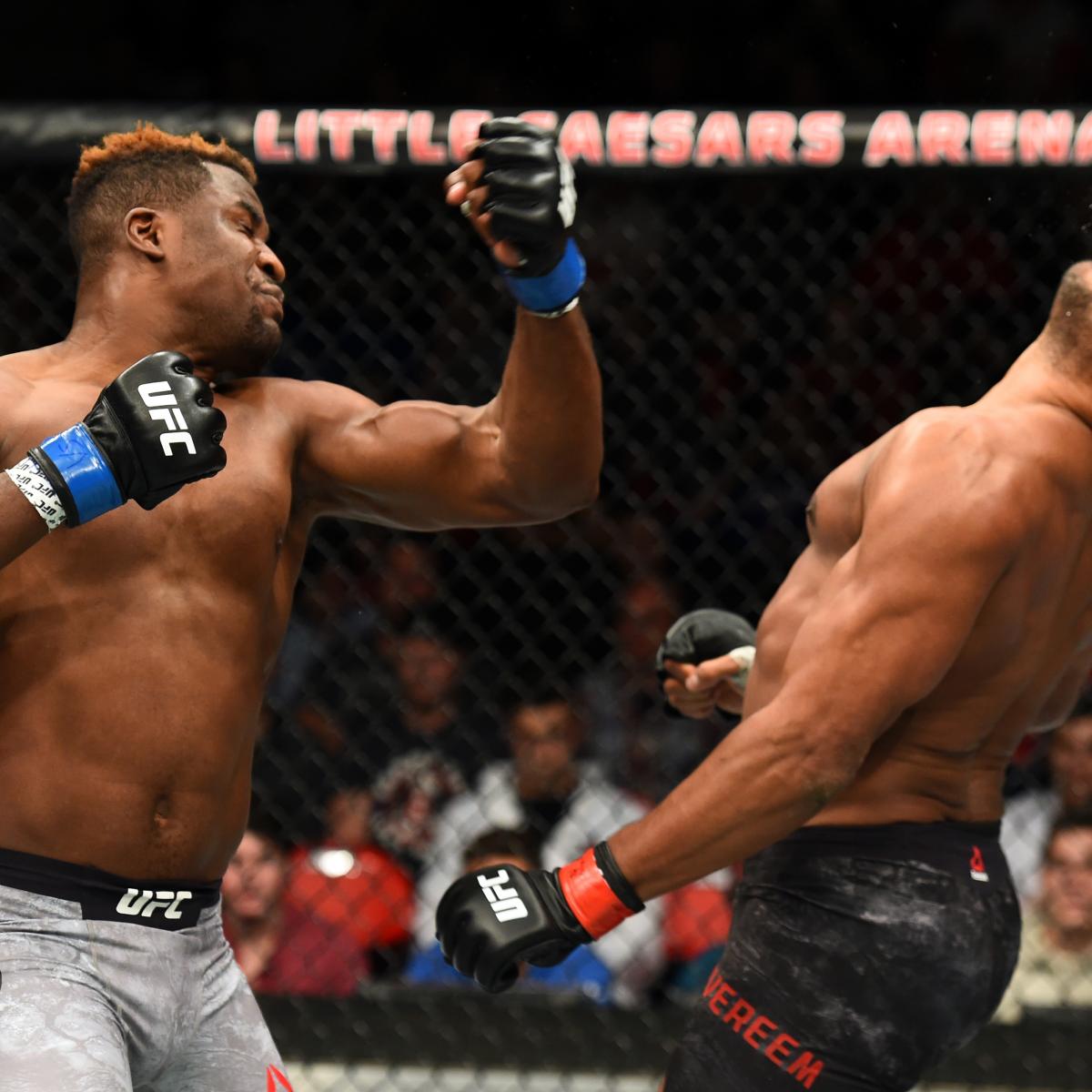 Francis Ngannou took a big step to prove that he is the future of the heavyweight division with a knockout in the first round victory over Alistair Overeem in the co-main event of UFC 218 at the Little Caesars Arena in Detroit.

The Reem came out trying to get Ngannou, a good idea given the incredible power that Ngannou possesses. However, the huge heavyweight was able to flip the position and trap Overeem against the cage.

After a certain stalemate against the cage, referee Dan Miragliotta decided to separate them. That was bad news for Overeem. Ngannou threw a huge left hook that turned out the lights instantly and announced himself as one of the most dangerous men in the division.

Kevin Iole of Yahoo Sports immediately compared it to a legendary heavyweight knockout:

Unbelievable. The hook on the left of Ngannou and Reem came out instantly. It was like George Foreman hitting Joe Frazier in 1973. Yowza.

After the fight, Joe Rogan told Ngannou that he would fight Stipe Miocic for the heavyweight championship. The native of Cameroon did not shy away from that challenge:

Ngannou in the fight for the following belt: "I'm ready for that, I'm ready never"

It's definitely an interesting fight after this result. Brett Okamoto, of ESPN, summed up how most probably feel about that potential duel:

Stipe vs. Francis is a dream showdown after that. Show me that Please.

The victory establishes even bigger and better things for the 31 year old player. Ngannou has experienced a meteoric rise since joining the UFC in December 2015. He is now 6-0 in the Octagon, and a shot at the title could be in his future sooner rather than later.

According to Mike Bohn and John Morgan of MMAjunkie, UFC President Dana White has said that the winner of this fight will be the next challenger of the current Miocic champion.

Of course, White's word does not always mean that it's going to happen, but Ngannou already started campaigning for his title shot before facing Overeem.

"Stipe took the (Fabricio) Werdum belt, and that was not long ago," said Ngannou, for Simon Samano and Ken Hathaway of MMAjunkie. "Yes, Werdum deserves, but at this moment I deserve it more, I win this fight, I will be the legitimate challenger."

Ngannou's rise to the top is one of the best stories in the UFC right now. The native of Cameroon has gone from being a pauper to the prominence of the UFC thanks to a unique combination of size, athleticism and pure power of stroke.

Given his appearance, skills and dexterity to end fights, it's no surprise that he gets a big boost from the promotion. The heavyweight division has been short on new talent for a long time. The 10 best of the division are still marked with names like Werdum, Overeem, Cain Velasquez and Mark Hunt.

Ngannou is entering that level of heavyweight contenders is exactly what the division needs.

Now all that remains to be seen is whether he is ready to be the champion after just six fights in the UFC. Miocic has become one of the five heavyweight champions to defend the belt twice in a row. Nobody has defended it for the third time.

Ngannou hopes to become the principal to keep that streak alive.