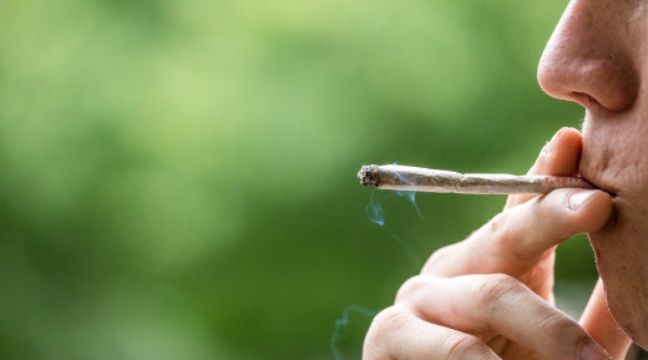 At the time, Emmanuel Macron “was not against it.” In September 2016, a few days after leaving Bercy, the one who was not yet a presidential candidate was not closed to the idea of ​​legalizing cannabis in France. A measure, he acknowledged, that presents a “form of effectiveness” to fight in particular against “crime in difficult neighborhoods.” Emmanuel Macron, elected President of the Republic in 2017, seems to have radically changed his mind on the issue. In a long interview with Figaro this Monday underlines the need to “eradicate by all means” drug trafficking, to “reduce crime everywhere.”

Accused of the right not to do enough on security issues, the head of state hardens his tone for 2022 and praises the results of actions launched by the government to fight the explosion of cannabis use. “Since last September 70,000 fixed non-contractual fines have been drawn up,” he welcomes, and “more than 1,000” punch “operations have been carried out in recent weeks” against the negotiation points listed by the Ministry of the Interior. For Aurélien Taché, former LREM deputy for Val-d’Oise, these statements show above all that Emmanuel Macron “has definitely sided with the conservatives and is now opening his campaign.” [pour 2022] to the right anyone ”.

Emmanuel Macron “starts over with the mistakes made for thirty years”

It must be said that the president has the opposite view of other countries, such as the United States or Canada, which have relaxed their legislation in recent years. While France harshly rebukes drug consumption and trafficking, Emmanuel Macron believes that it is necessary “to go further, to raise awareness.” For the LFI deputy of Seine-Saint-Denis Eric Coquerel, Emmanuel Macron “begins again the mistakes made for thirty years”. Despite the repression, the elected official recalls in a press release, France is “the European champion of increasingly toxic cannabis use.” “And the traffic keeps increasing. “After the police operations of the last days, the negotiation points” have just moved or, in the best of cases, have been temporarily interrupted, “he says.

If the Minister of the Interior, Gérald Darmanin, is an expert in the art of staging narcotics seizures, the seizure figures nonetheless illustrate the limits of police operations to stop trafficking. According to our information, the police, gendarmerie and customs seized 96.5 t of cannabis resin and herb in 2020. One straw, compared to the 360 ​​t of cannabis imported each year in France. In privacy, the police do not hide it, they have “the impression of trying to empty the sea with a teaspoon.”

Each year, however, the State spends 568 million euros in the fight against cannabis, of which 70% is dedicated to the action of the police and 20% to the judicial and penitentiary services, indicated in 2019 a note of the Council of Economic Analysis (CAE) that pointed to the “failure” of the repression. For this group of economists attached to Matignon, the legalization of cannabis would create between 27,500 and 80,000 jobs and would generate tax revenues of between 2 and 2,800 million euros. “If you legalize cannabis, you finance the State that would need this income to renovate hospitals, invest in these neighborhoods so that there are a little less difficulties, or help students”, Aurélien Taché also assures in 20 minutes.

“One of the best ways to fight the dangers” of cannabis

In the National Assembly, a fact-finding mission examined the issue of cannabis legalization and heard from dozens of experts. The report is due in early May. The thematic rapporteur of the mission, deputy of LREM de Loiret Caroline Janvier hopes that the publication of this document “may change the opinion of Emmanuel Macron”, who also announced in Le Figaro “Holding a great debate on this issue.” “From the moment you open a debate on a topic, it means that you are ready to hear arguments from different sides,” he explains to 20 minutes.

“This may be an opportunity for people who consider legalization to be the trivialization or promotion of cannabis to change their minds and see that it is one of the best ways to fight the dangers inherent to cannabis and those created by prohibition and their prohibitions “, he continues. For his part, Aurélien Taché does not believe” at all that this debate could lead to something that aims to go in the direction of legalization. “According to him,” Emmanuel Macron has decided to completely abandon progressivism ” .