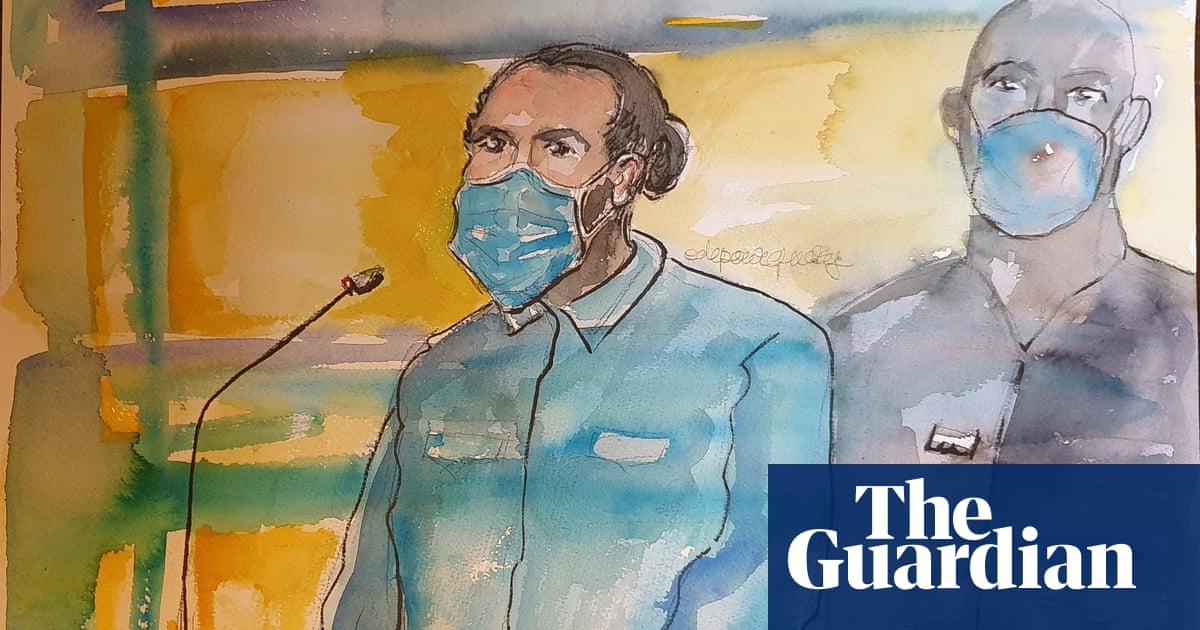 A suspected jihadist gunman, who was attacked by a packed international train, was tested in Paris by three American tourists.

Ayub El-Khazani, 31, is accused of opening fire with an assault rifle while carrying around 300 rounds of ammunition in a high-speed Thyles train from Amsterdam to Paris in August 2015. He was dropped on the floor and stopped by three American passengers, helped by a British man.

According to the prosecution, the attack is believed to have been planned from Syria and orchestrated by Abdelhamid Aboud, who led the bombings and shootings in Paris in November 2015, including the Bataclan music venue, which included 130 People were killed.

Eyewitnesses say that Khazani came out of a bathroom that alighted on a Thalis train 9364, shirtless and strapped to her shoulder with an automatic rifle, shortly after which the train crossed the border from Belgium to northern France.

A French passenger succeeded in snatching the rifle from him, but Khazani fired a pistol and shot him and retrieved the rifle.

When he fired, the rifle jammed, enabling him to deal with three American civilians – two of them off-duty military personnel who were on leave. Four people were injured in the attack.

When questioned by police, the Moroccan-born Khazani – who also carried a box cutter – initially claimed he had found the weapons in Brussels where he boarded the train, and intended to rob bus passengers .

“He doesn’t understand why the incident has been taken to such a large proportion,” his lawyer Sophie Duval told Le Parisien at the time. He said that he denied “any terrorism dimension for what he did” and the suggestion almost made him laugh.

Khazani, who was on France’s “Fitch S” security list, later reportedly told police that he wanted to “kill Americans” in retaliation for the bombings in Syria.

Three US citizens – Anthony Sadler, a student, Alex Scarlatos, a member of the National Guard, and Spender Stone, an Air Force servant – and 67-year-old Briton, Chris Norman, legion d’Honneur, were all made up of members. France’s highest honor, and French citizenship granted.

Later, Norman told reporters that his first reaction to seeing a man with an AK-47 on the train was “to sit down and hide”.

“Then I heard an American saying: ‘Go fetch him.” I decided that this was really my only chance to act as a team and try to take down the attacker. My first thought was: I’m probably going to die anyway, so come on. I’d rather die active and try to bring it down, just sit in the corner and be shot. Either you sit down and you die, or you wake up and you die. It was really nothing more than this. “

Clint Eastwood turned his heroes into a film, The 15.17 to Paris.

The trial is expected to run until 17 December.