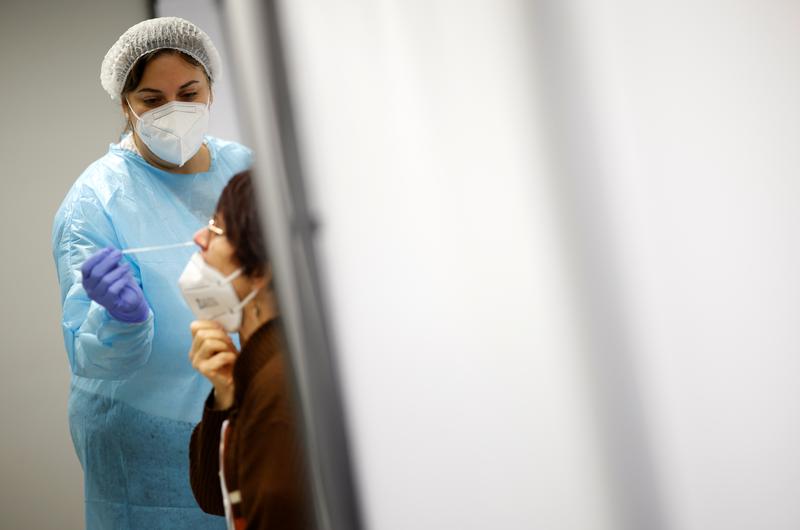 Data from the Ministry of Health shows that there were 19,175 newly confirmed COVID-19 infections in the last 24 hours compared to the previous day.

But the data also showed that the number of patients being treated in the hospital for the disease dropped by four days to 27,694 on the previous day, rising to 27,694. The number of COVID-19 patients in intensive care also increased, from 3,225 on the first day to 3,272.

The government has resisted calls for a third nationwide lockdown from health experts, who fear more infectious coronovirus variants may soon be overshadowed by hospitals.

The government is aiming to curb high contamination rates through strict rules on curfew and foreign travel one evening. Its junior transport minister said on Sunday that a ban on non-essential travel outside the European Union had halved the air passenger count in one week.

But doctors are particularly concerned about increasing cases of the coronavirus variant first found in Britain.

The newspaper Le Journal du Dimanche reported that the variant could represent the majority of new cases since the beginning of March, Arnaud Fontanet, an epidemiologist and member of the government’s advisory body at COVID-19.

The Health Ministry has shown that France’s cumulative death toll in hospitals and nursing homes has reached 78,965, compared to 78,794 a day earlier.