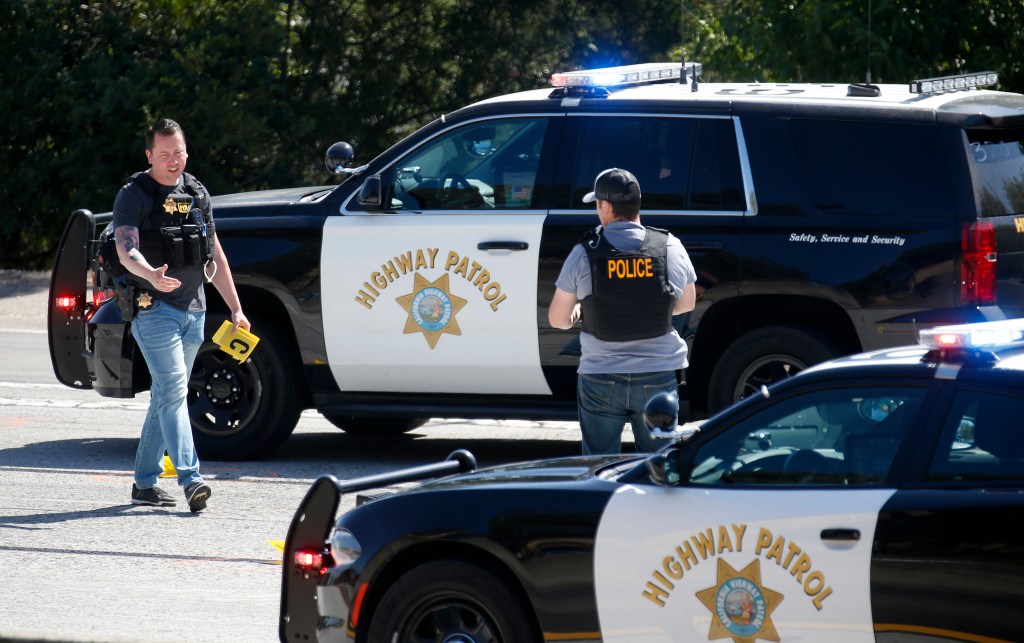 CLICK HERE if you have trouble viewing photos on a mobile device.

OAKLAND – California Highway Patrol investigators were asking for help from the public after a shooting on Interstate 580 that injured four people, authorities said.

At around 3:10 pm, Oakland police responded to reports of a shooting in I-580 lanes heading west west of the 106th Avenue exit ramp. When officers arrived, they found two victims in or near a vehicle and at least two other victims near the road in the 9900 block of Stanley Avenue.

At 3:22 pm, the CHP issued a Sig alert, blocking all of I-580 eastbound just west of 106th Avenue and advised drivers to use alternative routes, including Interstate 880, CHP officer James said. Evans. Lane # 1 opened around 6:20 pm, and all lanes reopened just before 7:25 pm

Firefighters and California Highway Patrol officers also responded to the scene, and several victims were rushed to area hospitals for treatment.

At 5:30 pm, investigators had determined that a victim vehicle with three men and two women had been shot, with all three men and one woman hit. They were all described only as adults ranging from their teens to their twenties, authorities said.

Later, the CHP said the vehicle was a black Infiniti M35, and that two suffered minor injuries, while two received serious injuries. All were in stable condition on Wednesday night.

Investigators from CHP’s Golden Gate Division investigative services unit had no information on suspects or vehicles, and anyone with information can call the CHP information line at 707-917-4491.

The Oakland Police Department is assisting CHP with a shooting that occurred on E / B 580 in the 106 Ave area. Currently, 4 victims have been reported injured. Traffic stopped, use alternative routes.